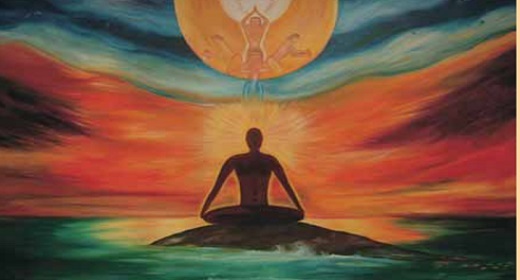 ‘Yoga’ is a term that has moved beyond the precincts of India to become a global phenomenon. The word brings with it feelings of good health, wellness and calmness of mind. It makes one picture an individual who has attained balance between the body, mind and soul.

The word ‘Yoga’ means ‘to unite’. It is a process through which we learn how to connect or unite the individual soul with the supreme soul. For some people, Yoga means only the practise of some difficult physical workouts or sitting in awkward poses. Physical exercise may be the most well-known or popular part of Yoga, but it is just the tip of the iceberg. The reason to learn yoga is ‘yog’ or union with the Almighty.

The Indian Prime Minister, Narendra Modi, while addressing the United Nations in September 2014, dwelled on the importance of Yoga. He mooted the idea of making all of humanity aware of the benefits of yoga. Soon thereafter, it was agreed to observe June 21, the day of Summer Solstice in the Northern Hemisphere, as the International Day of Yoga.

We are all aware that a sound mind dwells only in a sound body. The process of achieving and maintaining a sound mind and a sound body is what is elucidated and enunciated in a Yoga class. If we delve deeper into the finer aspects of Yoga, we find that it is divided into eight parts.

-Samadhi — Being one with Divinity.

By practicing these, one can achieve harmony between thought, word and deed. Constant practise eventually leads one to finding communion with the Supreme soul. Yoga treats all facets of a person as a whole. In today’s times of specialization, where there are consultants and authorities in diverse streams of Medicine for the care and cure of the physical self, Yoga stands out as holistic. In a world where everyone is mindlessly surfing the Internet, Yoga inspires one to surf the inner-net.

A yoga class usually starts with the chanting of the word Om, twenty one times. Om is the primeval sound; the sound caused by the vibrations of creation, by the Lord of the Universe. It is both primordial as well as contemporary. It commenced with the beginning of time and never ever ceased.

A Stands for Creation.

U Stands for Preservation.

M Stands for Dissolution of everything into the Absolute.

Research has proved that the vibrations produced by the chanting of Om, purify the atmosphere and bring balance within ourselves too. Let me also share why, we chant Om 21 times …

The first five Om’s are chanted to purify the organs of action: These are the vocal chords, hands, feet, organs of elimination and organs of reproduction.

The next five chants are for the purification of the organs of perception: The eyes, ears, nose, tongue and skin.

The following five are for the cleansing of the five vital airs of the body. The English language doesn’t seem to have names for these vital airs, so I am listing them in Sanskrit. They are: Prana(located in lungs), Apana (flatus, which moves downward), Vyana (diffused throughout the body), Samana (the balancing air located around the navel, being essential to digestion and governing the gastric fire), and Udana (rises through the heart to the head; awakened through Yogic practices).

Having thus chanted Om twenty times, we chant it one last time for the elevation of our soul; for the purpose of self-realisation.

If we chant Om in the awareness of all these, and are able to purify all the twenty one entities mentioned above, consider how much bliss and well being we shall experience, both at the physical and mental planes!

In case of paucity of time we chant Om thrice only.

What follows after chanting thus, is a series of Pranayams (breathing exercises) and physical Asanas (exercises). The stretching of limbs in a systematic way, is aimed at bringing into use all the joints and muscles of the body and keeping them in good health. The asanas are modified for people having particular health issues and should be learnt from a qualified instructor. A diseased body is essentially a dis-eased body. Most of us value the value of good health only after having lost it. The practice of yoga makes us ponder over the question — Are we really healthy? Are we laying the foundation of a healthy old age?

Mental stress and tensions are more rampant and worrisome than physical ailments today. Perhaps the only solution for that is Meditation, which is essentially a part of Yoga.

When the Prime Minister Narendra Modi, chose to speak about Yoga at the United Nations, a lot of people wondered, if it was really a topic for a Prime Minister to speak on. But come to think of it, for a nation to prosper, isn’t the health of its people of paramount importance? Here, we have a man who is concerned about the health of each and every citizen of not only his country, but of the world at large! What a noble thought … and what an amazing endeavour for contributing to the betterment of humanity! He passionately expounded the idea of Vasudhaiva Kutumbakam (the world is one family), from the United Nations global platform!

There are MNC’s that pay huge sums of money to buy health insurance for their employees. But has anyone ever mooted the practise of something that makes people aware of the value of good health and the ways and means of doing it in the simplest manner? Taking a membership at a gym may not be possible for many, it being an expensive proposition. But the practise of Yoga requires only two things — your time and your commitment. Once you learn Yoga, you can do it at home, in a park or in your backyard too. It was never as easy to learn Yoga as it is today. There are endless websites, where you can learn the basics. In India, Yoga is taught for free in most of the community centres that are located in the residential areas.

The 2nd International Day of Yoga last June, saw thousands of people across 192 countries participate in the event that gained humongous dimensions. What started as a small aspiration in the mind of the Indian Prime Minister, has become a global phenomenon now. And the world is standing up and taking notice. Here is a man who is a true Yogi. A Yogi is one who has attained harmony in the trinity of the body-mind-soul.

And now, as the world gears up for the 3rdInternational Day of Yoga on the 21stof June 2017 … stand up Mr. Prime Minister, take a bow! Yoga is going places and how! Wow!