Changing The World With A Glance – Deepak Chopra MD

by Deepak Chopra MD: The power of seeing is well known to everyone, and many examples exist… 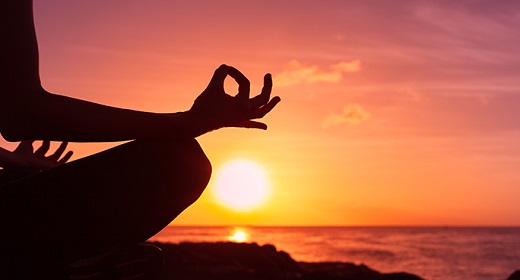 There is love at first sight and Alexander Fleming noticing that penicillium mold kills bacteria. Galileo as a youth in church was the first to notice that a pendulum swings in a regular rhythm, setting the basis for pendulum clocks. Isaac Newton famously discovered gravity by watching an apple fall, although this tale was told second-hand and is probably a romantic fiction.

But what if a mere glance has untold power, literally the power to create reality? The opening for this idea came from what is known in quantum physics as the measurement problem a hundred years ago. A quantum is a tiny unit of energy, and if a specific quantum like an electron or a photon is considered a thing, it should be measurable. You should be able to know where it is at a given instant in time, for example, or how fast it is moving, how much it weighs, and the other properties that we assign to  things in the everyday world.

But measuring the quantum turned out to be very tricky. Early in the era that begat quantum physics, two important closely related discoveries rocked the very notion of what a thing is. The first discovery was that a quantum appears in  a double nature, depending on the circumstances of observation; it can behave like a particle but in other circumstances it could also behave like a wave. In many ways a wave is the very opposite of a particle, in that it extends infinitely in all directions, having no localized  position. The particle aspect of a quantum became knowable only through an act of observation, converting it from an indefinite possibility to a concrete existence, known technically as the collapse of the wave function.

In fact, this collapse occurs  with the active participation of an observer, setting up a quantum experiment, something known as the observer effect. The phenomenon that reality does not exist independently of measurement was so counter-intuitive that it continues to pose riddles a century after it was proposed, for unlike normal objects in everyday life—mountains, trees, rocks, etc.—that stay put no matter whether someone is present to look at them, a quantum apparently has an absolute need for an observer. Without being looked at, for the purposes of measuring it, there is no proof that the quantum, as a particle, even exists or where it might be.

Let’s set aside the technical issues the measurement problem gives rise to. Behind the technicalities, one faces the prospect that creation itself needs an observer in order to exist, including the entire universe. This theoretical hypothesis is taken very seriously in contemporary physics, because when you go as deep as the quantum field and reach the zero point of creation, time and space themselves vanish. Nothing of the known universe has a proven existence without an observer (although in a novel twist, some physicists  theorize that the observer doesn’t necessarily have to be human).

Let’s accept the fact, well established in modern physics, that the precreated state exists, and that in some way the physical universe popped into existence from a state that has no ordinary qualities of everyday reality, no time, space, colors, shapes, indeed no materiality or constant energy. If the observer effect gives us any clue about how precreation turned into creation, a glaring fact emerges. Observation is neither passive nor neutral. Creation isn’t a passive act, and no observer is neutral because every living creature sees the world through a specific nervous system, tied to specific sensors. It is inconceivable with the human nervous system, for example, to imagine how a butterfly’s 360-degree field of vision operates.

So far, we’ve taken no unproven leaps; everything up to now is fairly standard physics, although there are all kinds of interpretations about what any of these discoveries actually mean and what kind of world is implied. One sizable portion of physicists, for example, have given up on describing reality in everyday familiar, sensory-based terms, conceding that the quantum world and the precreated state are only describable as abstract mathematical entities existing in a purely mathematical space.

If this view doesn’t represent a defeat for an objective reality devoid of the participation of observation, it certainly amounts to a humbling turn of events. The optimism that modern physics would arrive at a Theory of Everything has waned in many circles, and various advanced equations and observations of strange phenomena like dark matter, dark energy, and black holes greatly diminish anyone’s certainty that the physical universe is actually open to human explanation and its inherent limitations. Despite the excitement over observing a black hole for the first time, no one knows where the matter and energy sucked into a black hole goes (perhaps to regions of space-time beyond our accessibility) or whether it comes back again.

But if we stay with the basics, the observer effect and the collapse of the wave function seem to indicate that simply by looking out upon the world, each observer is enmeshed in creation, perhaps forever and everywhere. We are not solid bodies plunked down on the stage of history. We are entangled in the whole process of creating space, time, matter, and energy. For one implication of the precreated state is that the leap from precreation to creation is occurring all the time. Some theorists go so far as to say that we are surrounded by countless big bangs going off every second. What makes them occur? No one knows, but a very good candidate is our own participation in the process.

In other words, simply by looking, you are shaping the universe you perceive, a human universe unique to us as a species of consciousness. Unseen all around us are frameworks of space, time, matter, and energy spinning off on their own course. It is speculated that every thought leads to an “event line” that shoots off into a new reality. This sounds like dizzying stuff, but it gives rise to amazing possibilities in everyday life.

The first possibility, which has already been sketched in, is that each of us co-creates reality. Instead of being something “out there” in the physical world, reality not only includes the subjective mental world “in here,” but reality cannot exist in its present form without human consciousness. “You are the universe” must be taken seriously, along with its converse, “the universe is you.” In the next post we’ll see that this proposition totally overturns everyday life and how we interact with the world. An expanded state of freedom with far more creative possibilities is dawning.

Deepak Chopra MD, FACP, founder of The Chopra Foundation and co-founder of The Chopra Center for Wellbeing, is a world-renowned pioneer in integrative medicine and personal transformation, and is Board Certified in Internal Medicine, Endocrinology and Metabolism. He is a Fellow of the American College of Physicians and a member of the American Association of Clinical Endocrinologists. Chopra is the author of more than 85 books translated into over 43 languages, including numerous New York Times bestsellers. His latest books are The Healing Self co-authored with Rudy Tanzi, Ph.D. and Quantum Healing (Revised and Updated): Exploring the Frontiers of Mind/Body Medicine. Chopra hosts a new podcast Infinite Potential and Daily Breath available on iTunes or Spotifywww.deepakchopra.com