by Maria Chiorando: A pro-dairy writer took offence to the comments published by ‘The Daily Telegraph… 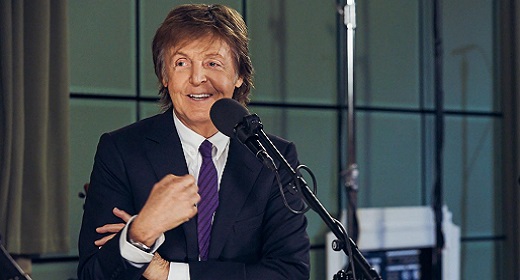 A pro-dairy and meat journalist has blasted ex-Beatle Sir Paul McCartney for saying that ‘meat-free is the new rock and roll’.

He was responding to an interview published by The Daily Telegraph, in which the musician talked about his late wife Linda’s impact on the veggie food scene.

During the interview, vegetarian campaigner McCartney talked about eponymous food line launched by his wife Linda.

He said: “I remember going out to a dinner with my then father-in-law [Lee Eastman, Linda McCartney’s father] at Claridge’s. I said ‘I’m vegetarian’, and they looked puzzled.

“They brought me a plate of vegetables – just steamed veg. They couldn’t think beyond that. We thought, hmm, we’ve got to try to do something to remedy this.”

A cookery book and  Linda McCartney Foods followed – one of the factors that led McCartney to predict that meat-free food will be ‘the norm’ in 25 years.

Murphy took offense to this statement, describing it as ‘outrageous’.

“Sir Paul ended the interview by proclaiming that, ‘in 25 years, vegetarian food will be the norm’.

“I only hope I’m still alive in 2043 to take issue with him on that flight of fantasy.”