by Dr. Alberto Villoldo: The Inka believed they were children of the Ti… 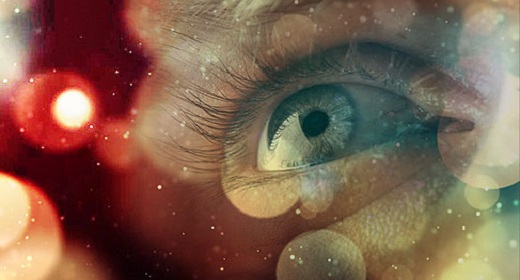 Well-intentioned academics translated this as the children of the sun, but they were mistaken. Ti means the light.

Remember that until recently we did not know that the sun is a ball of burning plasma that can hold 1,333,000 earths within it. For many native people, the sun seems like a hole in the sky through which the light of the heavens—primordial light—spills and illuminates our world. The Inka believed they were children of the Primordial Light.

You find the name Ti associated with ancient places like Titicaca, the sea at the top of the world; Paititi, the lost Inka city of gold; and Tiwanaku, the most ancient Andean civilization.

According to lore, the power of Ti can create beauty, or heal the sick, or fabricate galaxies.

This is the source of the power of the shamans. But it can also destroy if it is not used properly.

The sacred dream is said to be made with the light of Ti, and all you need to do to be reminded of it is gaze at the sun at daybreak, or at a shimmering star at night, or into a bonfire. It is a plan for the destiny of the cosmos and of every living being within it. It is a template for invisible cities of light and for peace and beauty throughout the cosmos. But this outcome is not written in stone; it is not guaranteed. It requires that each one of us hold our part of the scared dream of the possible future and endeavor to create it.

When Pachakuti, the ninth ruler of the Inka Empire, was a young man, he went on a vision quest into the mountains. On his way to the city of Cusco, he stopped at a magical well known as Susurpuqio. When he reached in to fill the pail with water to quench his thirst, he was blinded by a light and a voice revealed his destiny to him. He would extend the Inka territory into the greatest kingdom the Americas would ever know. It would be known as the Empire of the Sun and usher in the dawn of a millennium of peace in the Andes. But he would face great challenges. On his return to Cusco he discovered that the ancient enemies of the Inka, the Chanka people, were about to invade the city and his father and all the able-bodied people had abandoned the city of Cusco.

Pachakuti understood his destiny. But he had no idea how to fulfill it. The only people remaining in the city were the old and some urchin children. He assembled them into a ragtag army and the following day before sunrise attacked the unsuspecting Chanka, who were camped on the citadel of Sacsayhuamán above Cusco. The legends say that the stones came alive magically and hurled themselves at the invaders, who were driven away to their lands on the other side of the Apurimac River. Not a single life was lost.

Pachakuti would become the model of the luminous warrior, who has access to spiritual resources that come to his aid when he is fulfilling the destiny scripted in his sacred dream.

As it did with Pachakuti, the Primordial Light reveals to us our sacred dream and our destiny. And like Pachakuti, we must face apparently insurmountable challenges. And then we are asked to trust that the Ti will offer us the extraordinary help we need.

The shamans know that everything living is made of light that is tightly bound and packaged into matter. The more the shamans share their light with others, the freer they became from the nightmares that plague those caught in a limited dream of personal enrichment or comfort.

Early peoples were tempted to worship Ti because of its infinite generosity. But the Inka realized that you can’t worship the Primordial Light as a god, for that would mean denying your own nature as light bound into flesh. When you understand your nature, you shine with your own light, like the sun. And like the sun, which is the only thing that does not cast a shadow, you no longer project your dark sides and the unhealed parts of your psyche onto others.

In my own healing journey, I understood that like all people, I am made of the Primordial Light. Every cell in my body relishes this. And when I forget this for a moment, I contract. I begin to wonder who I am, what I am doing in this situation, and where I am going with my life. I see battles all around me that I feel I have to fight. When this occurs I try to be quiet and find the light within, and remember that my nature is identical to the Primordial Light. I am the light.

The Primordial Light holds boundless resources that are now available to you and allow you to create beauty in any way you choose. Some do it by healing the sick, others by teaching, others by comforting the dying or those who are suffering. Others do it by creating beautiful ideas, by dreaming of cities in the clouds like Machu Picchu, and by learning the movement of the stars.