We Have Five Years To Save Ourselves From Climate Change, Harvard Scientist Says

by Jeff McMahon: The level of carbon now in the atmosphere hasn’t been seen in 12 million years… 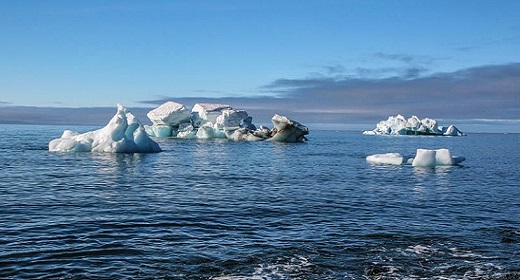 a Harvard scientist said in Chicago Thursday, and this pollution is rapidly pushing the climate back to its state in the Eocene Epoch, more than 33 million years ago, when there was no ice on either pole.

“We have exquisite information about what that state is, because we have a paleo record going back millions of years, when the earth had no ice at either pole. There was almost no temperature difference between the equator and the pole,” said James Anderson, a Harvard University professor of atmospheric chemistry best known for establishing that chlorofluorocarbons were damaging the Ozone Layer.

“The ocean was running almost 10ºC warmer all the way to the bottom than it is today,” Anderson said of this once-and-future climate, “and the amount of water vapor in the atmosphere would have meant that storm systems would be violent in the extreme, because water vapor, which is an exponential function of water temperature, is the gasoline that fuels the frequency and intensity of storm systems.”

People have the misapprehension that we can recover from this state just by reducing carbon emissions, Anderson said in an appearance at the University of Chicago. Recovery is all but impossible, he argued, without a World War II-style transformation of industry—an acceleration of the effort to halt carbon pollution and remove it from the atmosphere, and a new effort to reflect sunlight away from the earth’s poles.

This has do be done, Anderson added, within the next five years.

“The chance that there will be any permanent ice left in the Arctic after 2022 is essentially zero,” Anderson said, with 75 to 80 percent of permanent ice having melted already in the last 35 years.