Donald Trump’s Five Most Dangerous Attacks On The Environment

by Miranda Bryant: Trump’s administration has pursued cuts in environmental protections that are critical to the health of all Americans… 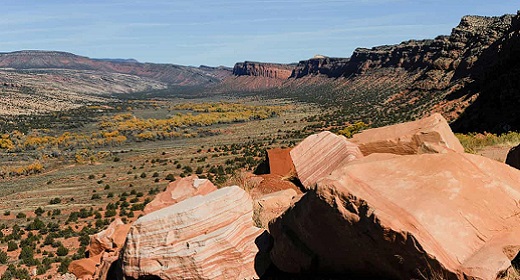 Donald Trump is set to hail his administration’s “environmental leadership” on Monday in a speech in which he is expected to declare the US a world leader on the issue.

But since taking office two and a half years ago, the US president has been at the helm of an administration that has pursued numerous cuts in environmental protections and last year saw a rise in greenhouse gases of 3.4% – the biggest rise in emissions since 2010.

He has also regularly publicly aired his doubts over the existence of climate change – previously calling it a “hoax”, suggesting that the climate could “change back again” and falsely claiming it was a phenomenon invented by China.

A report by the State Energy and Environmental Impact Center at New York University’s school of law published in March said the Trump administration had “set its sights on watering down or outright repealing a half-dozen health and environmental rules critical to the health and welfare of all Americans as well as the planet”.

Here are five of the biggest environmental setbacks under Trump:

1) Departure from the Paris climate agreement

In June 2017, less than five months after his inauguration, Trump announced his plan to pull the US out of the Paris climate agreement. He told an audience outside the White House: “I was elected to represent the citizens of Pittsburgh, not Paris”. He claimed the agreement, signed by the US and nearly 200 countries in 2015, promising to cut greenhouse gas emissions to keep global heating below 2C, unfairly disadvantaged the US and negatively impacted jobs and factories.

Trump attracted broad criticism in December 2017 when he announced plans to slash the size of two national monuments in Utah. Bears Ears was cut from 1.5m acres to 228,784 acres and Grand Staircase-Escalante almost halved from approximately 2m acres to 1,006,341 acres – marking the biggest elimination of public lands protection in America’s history. In August 2018 officials announced plans to allow more mining on the land and to sell some of it off – despite previously vowing not to. The following month, the administration announced plans to remove key provisions from the Endangered Species Act – prompting conservationists to warn it could put vulnerable plant and animal species in more danger.

3) Rollback of the Clean Power Plan

The Environmental Protection Agency is in the process of finalizing plans to dismantle the Clean Power Plan, an Obama-era rule intended to cut emissions from power plants and encourage them to move towards natural gas and renewable power. The regulations, which were announced in 2015 and had the backing of hundreds of businesses, were billed at the time as the “biggest step that any single president has made to curb the carbon pollution that is fueling climate change”.

The Trump administration plans to remove protections from thousands of America’s streams and millions of acres of wetlands, which is feared will harm wildlife and enable pollution to enter drinking water. Under the proposal, fewer waterways would require permits to pollute – including agricultural runoff and industry waste. Currently, protected waterways provide drinking water to approximately 117 million people.

In September 2018, the Trump administration announced its plans to repeal rules that aim to restrict methane leaks on public and tribal lands. The Obama administration tried to cut leaks by forcing oil and gas companies to capture methane (a key gas involved in global heating), update technology and arrange to monitor leaked gas. But the Department of the Interior has branded the rule “flawed” and “unnecessarily burdensome on the private sector”.

As the crisis escalates…

… in our natural world, we refuse to turn away from the climate catastrophe and species extinction. For The Guardian, reporting on the environment is a priority. We give reporting on climate, nature and pollution the prominence it deserves, stories which often go unreported by others in the media. At this pivotal time for our species and our planet, we are determined to inform readers about threats, consequences and solutions based on scientific facts, not political prejudice or business interests.

More people are reading and supporting The Guardian’s independent, investigative journalism than ever before. And unlike many news organisations, we have chosen an approach that allows us to keep our journalism accessible to all, regardless of where they live or what they can afford. But we need your ongoing support to keep working as we do.

The Guardian will engage with the most critical issues of our time – from the escalating climate catastrophe to widespread inequality to the influence of big tech on our lives. At a time when factual information is a necessity, we believe that each of us, around the world, deserves access to accurate reporting with integrity at its heart.

Our editorial independence means we set our own agenda and voice our own opinions. Guardian journalism is free from commercial and political bias and not influenced by billionaire owners or shareholders. This means we can give a voice to those less heard, explore where others turn away, and rigorously challenge those in power.