Oprah Reflects On The Act Of Kindness That Changed Her Life: “I’ll Take It to My Grave”

by Oprah Winfrey: A stranger’s compassion can make a world of difference… 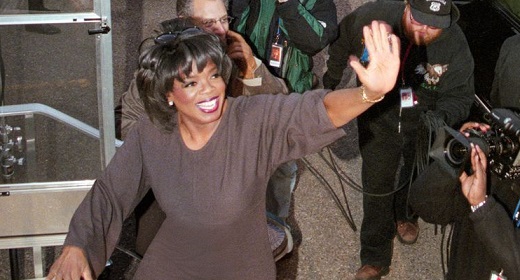 t was 1998, and I was on trial for saying “It has just stopped me cold from eating another burger.” Representatives of the beef industry claimed I deliberately tried to malign their business, when in fact it was simply a spontaneous reaction to watching a video of cows foaming at the mouth and falling down from mad cow disease.

The trial taught me to be more thoughtful before speaking and even more mindful of the power of talking to millions from a platform like The Oprah Show. Learning that lesson cost me millions of dollars (to move the show to Texas for six weeks), plus hours of angst and resentment that I was on trial in the first place. Getting sued is about being put on the defensive. And it feels really bad when you believe, as I did, that you’ve been falsely accused.

The jury of my peers did not include one person of color. It was hard, in Amarillo, to find a juror who was not somehow connected to the beef industry or to someone who was. Driving around town, I saw bumper stickers bearing my name with an X slashed through it.

Every day from 9 a.m. to 5 p.m., I was in the courtroom. At 6 p.m. I would tape the show. Then I’d prepare for trial the next morning. This was my routine for six weeks. I ate a lot of pie. Gained 12 pounds. Got to know Dr. Phil, who was my court adviser.

I never learned her name or saw her again. But she did me a kindness I’ll take to my grave.

A fence separated the back of the courthouse from the sidewalk, and one morning through that fence a woman handed me a matchbook, the kind they used to give out at restaurants when people smoked. Inside she’d written, “Hang in there. I’m praying for you.”

Recalling that moment still makes me teary. I never learned her name or saw her again. But she did me a kindness I’ll take to my grave.

I was feeling alone, feeling under daily attack by the prosecution. The trial was a spectacle, and it seemed like so many people were rooting against me. I took it personally—although now, with the help of time and perspective, I see that that’s what a trial is meant to do: The other side wants you to lose and works hard to make that happen.

That matchbook inscription was a balm. The whole town wasn’t against me. At least one person was praying for me. Maybe more.

Because of that pure act of kindness over 20 years ago, I am more conscious of people who are caught up in public scandals. I’ve quietly sent notes or made a phone call to say, in my own way, “Hang in there. I’m praying for you.”

I know for sure: A stranger’s compassion can make a world of difference.