by Don Lattin:In 1960, Timothy Leary set up an infamous institute at Harvard to experiment with psychedelic drugs… 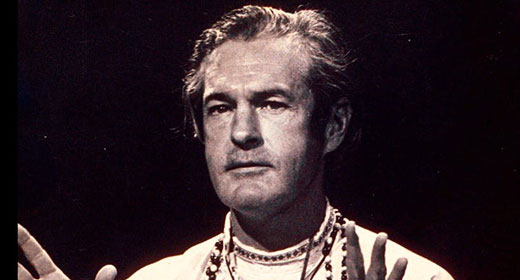 An exclusive excerpt from Don Lattin’s new book on how lifestyle guru Andrew Weil and other freshmen started tripping.

Andy Weil and Ronnie Winston were friends and dorm mates in Claverly Hall. They were both incoming Harvard freshmen when they walked into Leary’s office on Divinity Lane and volunteered to be research subjects in his psychedelic research project. Weil had grown up in a middle-class family. Winston was the son of Harry Winston, the wealthy diamond and jewelry manufacturer whose creations hung around the necks of trophy wives and Hollywood starlets from coast to coast. Neither of them would officially take part in the project, but they would both play an important, little-known role in the rise and fall of Richard Alpert and Timothy Leary.

Winston would eventually be brought into the psychedelic family. Weil would not, and the implications of that unequal treatment would forever alter the careers and life paths of Timothy Leary and Richard Alpert.

He didn’t see the experiences as just an excuse to get high. He wasn’t rebelling against anything. He was just curious, eager to understand what was going on inside his own brain.

Weil and Winston had both read The Doors of Perception, Huxley’s book about the insights the British writer gleaned from his 1953 mescaline trip. They walked into Leary’s little office on Divinity Avenue eager to fly off on their own mystical journey.

They were a bit nervous when they sat down, but Leary soon put them at ease with his soft-spoken charm.

“Yes,” Leary said, “Huxley was the trailblazer. You know, I didn’t have a clue as to the potential of this research until I had my own experience with psilocybin mushrooms over the summer. At its core, you have to understand that this is not an intellectual exercise. It is experiential. It is, and I’m almost embarrassed to say it, religious. But it is more than religious. It is exhilarating. It shows us that the human brain possesses infinite potentialities. It can operate in space-time dimensions that we never dreamed even existed. I feel like I’ve awakened from a long ontological sleep.”

Weil and Winston were on the edge of their seats.

“Anyway,” Leary continued, “the research is pretty straightforward. Our subjects take a controlled dose of synthesized psilocybin. We make sure they are in a safe and comfortable setting. We’re trying to get people from all walks of life, not just graduate students. We’re giving this stuff to priests and prisoners and everyone in between. They do a session about once a month and are expected to write up a two-to three-page report describing the experience. Between sessions, we get together and discuss whatever insights we’ve gleaned from all this. Now, I assume neither of you have had any experience with these substances.”

“I can see that,” Leary said. “But I think we may have a little problem. How old are you boys?”

“That’s what I was afraid of. You see, our agreement with the university does not allow us to use undergraduates in this research.”

“That’s what we were afraid of,” Weil said. “To tell you the truth, some of us over at Claverly were thinking of running our own series of tests, and we were wondering if you could clue us in on how we might obtain some of these pills.”

“Well, I could, but I’d better not do that, boys,” Leary replied. “But if you’re persistent, I’m sure you can find your own source.”

Weil met separately with Professor Alpert. The answer was still the same. No, he could not participate in the experiments at the Center for Personality Research. They had made an agreement with the university not to use undergraduate subjects in their research. To Weil, the meeting with Alpert had a very different feel than the get-together with Leary. Weil found Alpert uncomfortable to be around. Leary was a charmer. He was easygoing. Alpert was intense. He seemed too wrapped up in the role of the Harvard professor.

Weil and Winston were persistent. They weren’t able to obtain their own psilocybin pills, but they did manage to get a supply of mescaline, a psychedelic drug synthesized from the peyote cactus. Weil wrote to Huxley, who suggested they try a company called Delta Chemical. Weil obtained some Harvard stationery and got to work. He couldn’t fool the folks at Delta, who required too much official paperwork, but Weil found another company with looser drug-procurement procedures.

Once they got the drugs, Weil, Winston, and some other undergraduates started their own experiments in Claverly Hall. They were basically doing the same thing Leary was doing over at the Center for Personality Research. They’d take the drugs and write up reports about their experiences. Then they’d sit around and discuss them. Weil emerged as a leader of the little drug ring operating out of Claverly Hall. He collected about 30 reports on undergraduate mescaline trips. He didn’t see the experiences as just an excuse to get high. He wasn’t rebelling against anything. He was just curious, eager to understand what was going on inside his own brain.

Not much happened the first time he took mescaline. He was apprehensive. He’d later see that he was unconsciously resisting the drug. He didn’t feel much of anything, and that disappointed him. He’d wanted to experience all the visual images he’d read about in those wild accounts of other mescaline eaters. That’s what really fascinated him, but he didn’t get any of that. On his second trip, he did have a more powerful emotional experience. Not hallucinations, but a kind of spiritual transcendence. It was a kind of serene feeling of connection with something higher. Everything just felt right—like he was seeing into the essence of things. But there was also something frightening about the experience. Andy was reluctant to just go with the flow. He didn’t dare up the dose and go deeper. He could see that having any more of these insights might convince him that Harvard was a complete waste of time.

Weil was a calculating, ambitious young man. He had the next 10 years of his life all mapped out. He’d later see that he’d somehow put the psychedelic experience in a box. He stopped experimenting with drugs. If he hadn’t, he might have dropped out of school. Who knows what would have happened to him?

Meanwhile, Ronnie Winston had begun his own adventure with Richard Alpert. They’d met at a party. Ronnie was there with a girl Alpert knew, and the student and the professor started talking. Alpert invited Ronnie out to lunch, then for a ride in his airplane. They both came from wealthy East Coast families and had much in common. Alpert became infatuated with the young student. Ronnie was a brilliant, romantic-looking figure. He drove a Jaguar. He was a liberal-arts student but had this idea for a project over at MIT involving solid rocket fuel. They didn’t have sex, but they developed a kind of intimate friendship. Alpert shared some of his psilocybin with Winston. In Alpert’s mind, Ronnie was a social friend—not a research subject—so he wasn’t violating his agreement to keep undergraduates out of the psilocybin project.

Ronnie had made it into the inner circle around Leary and Alpert. Andy had not. At one point, Leary and Alpert had a conversation about Andy Weil. They didn’t trust him. Alpert didn’t like him. He was up to something. He had another agenda. They noticed that Weil had started covering the arts for the Harvard Crimson, the school newspaper. Maybe that was it. Maybe Weil was trying to infiltrate the project and write an exposé.

Weil saw a double standard in Alpert’s embrace of Ronnie Winston. It was obvious that some undergraduates—and not just Ronnie—were being brought into the fold. Why not Andy? What was wrong with him? Ronnie had been a good friend. He’d even been Weil’s guide during their mescaline sessions in Claverly Hall. But that friendship ended when Winston started hanging out with Alpert.

Weil would find a way to get back at Richard Alpert and, in the process, put an end to his relationship with Ronnie Winston. Weil was determined to bring down the Harvard Psilocybin Project, and he would take on the assignment with the zeal of a jilted lover.