Why Do Some People Remember Their Dreams More Than Others?

by Mary Jo Dilonardo: When you wake up in the morning, what’s the last thing you remember? 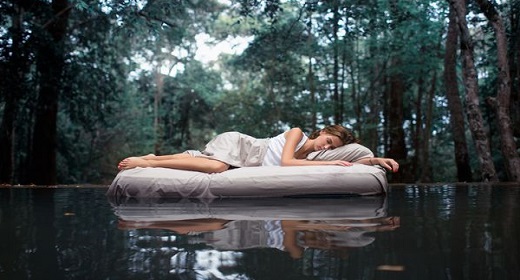 Is it your head hitting the pillow the night before or something odd or interesting that happened to you in a dream?

Some people claim they never dream, while others wake up convinced their nighttime escapades were real and are able to recall every detail. Some are even able to practice lucid dreaming, exerting some control over what they dream.

Despite what some people think, research has found that everyone dreams. In a 2015 study, French researchers found that although about one in 250 people say they never dream, that’s not the case. “Dreaming production is universal, while dreaming recall is variable,” they concluded.

So why do some people remember their dreams while others draw a blank? There are several possible reasons.

Being restless can help with dream recall

It’s not a huge difference, but if you wake up more often, there’s a chance you’ll awake mid-dream or right after a dream, so you’re more likely to remember it. The 2013 study was published in the journal Frontiers in Psychology.

How long you sleep matters

You dream during the REM (rapid eye movement) stage of sleep. During REM, your eyes move quickly in different directions. REM sleep usually happens about 90 minutes after you fall asleep, reports WebMD.

You alternate between periods of REM and non-REM sleep with REM periods getting longer through the night. If you don’t get a full seven or eight hours of sleep, then your chance of getting into these longer dream-filled REM periods gets cut short.

Women tend to remember more dreams than men. Researchers aren’t sure why, but it could be a hormonal or biological difference, Dr. Deirdre Leigh Barrett, a psychology professor at Harvard Medical School and author of “The Committee of Sleep,” tells Mental Floss.

Several studies have indicated that women might recall their dreams more frequently because they are more interested in dreams and are therefore more aware of them to begin with. But overall the difference between the sexes, Barrett says, is modest.

You remember dreams less often as you age

Like gender, your age can also affect how often you recall your dreams. Dream recall is linked with the development of the neural system, researchers have found. The system develops into early adulthood, then may begin to slow down through life.

We tend to really begin to remember our dreams in late childhood and early adolescence with our dream memory peaking in our 20s. Recall decreases with aging. So the older you get, the less likely you are to remember what happened when you drifted off to sleep.

Sometimes personality traits can have an impact on dream recall. A 2003 study found that creative, imaginative people are more likely to have vivid dreams and to remember them when they wake up.

For 14 weeks, researchers had 193 college students keep track of their sleep schedules, whether they had exercised or drank alcohol or caffeine close to bedtime, and whether they remembered any dreams when they woke up. When they analyzed the students’ personality traits, they found that those who were particularly likely to remember their dreams were those, “prone to absorption, imagination and fantasy.”

“There is a fundamental continuity between how people experience the world during the day and at night,” says researcher David Watson, a professor of psychology at the University of Iowa, when the study was released. “People who are prone to daydreaming and fantasy have less of a barrier between states of sleep and wakefulness and seem to more easily pass between them.”