Yoga Landed in the U.S. Way Earlier Than You’d Think—And Fitness Was Not the Point

by Phillip Deslippe: Over a century ago, a Hindu monk named Swami Vivekananda spoke about yoga to a crowd in Chicago… 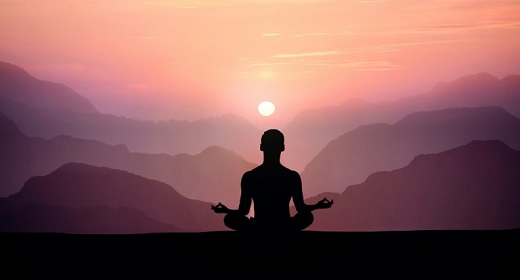 In the decades since, it has gone from unknown to mainstream.

Every year on June 21, millions of flexible people in an estimated 84 countries around the world observe the International Day of Yoga. Large crowds move through postures together in San Francisco’s Marina Green park and on New Delhi’s Rajpath boulevard to mark the occasion, which was first proposed by Indian Prime Minister Narendra Modi in 2014.

While yoga has become a mainstream path to wellness among everyday Americans and celebrities alike, the practice was once unheard of in the West.Many have traced the global popularity of yoga back to a key event and critical figure: In 1893, a Hindu monk named Swami Vivekananda addressed a large gathering in Chicago. But Vivekananda’s reception in the West was not always as enthusiastic as some accounts suggest.

Swami Vivekananda was born in 1863 in a well-to-do Calcutta family. As a young man, he became a disciple of the mystic Ramakrishna and took monastic vows shortly before his teacher’s passing. After traveling in India for five years, Vivekananda left India to travel to the 1893 World’s Parliament of Religions in Chicago, an interfaith conference held during the massive World’s Columbian Exposition.

According to the legend that has grown around Vivekananda’s appearance at the Parliament, despite travel difficulties and nervousness, the swami addressed the crowd as “sisters and brothers of America” to thunderous applause. Vivekananda then rode the wave of success and lectured, wrote books, and opened branches of the Ramakrishna Mission known as Vedanta Societies during two separate U.S. tours.

Vivekananda’s subsequent lecture tours drew curiosity and interest, but also some hostility. In a letter to one of his American students in 1897, Swami Vivekananda described himself as “a much reviled preacher” in the United States. While he did establish branches of the Vedanta Society on his two trips to America, they were small and often counted only a few dozen members.

The yoga that Vivekananda presented to American audiences was also different than the versions most are familiar with today. Vivekananda largely spoke about yoga as a matter of philosophy, psychology and self-improvement.

His published lectures in the United States are flooded with the word “power,” and in one of them he enjoins his listeners to “Stand as a rock; you are indestructible.” Not unlike an immobile rock, Vivekananda’s approach was devoid of the flowing sequences of asanas or postures that are now commonly associated with the practice.

This absence would have drawn little attention at the time. When Vivekananda spoke and wrote to Americans about yoga there was little agreement as to what exactly yoga was. While it could easily be understood as a type of diet, system of mental concentration or breathing techniques, it was often perceived as something magical.

Fed by fantastic accounts of Indian wonders in print and legions of stage magicians who donned turbans and robes for their routines, most Americans at the turn of the century assumed that yogis held supernatural powers.

The rise of the now ubiquitous posture-based forms of yoga occurred in the early 20th century, as Mark Singleton describes in his 2010 book Yoga Body. This is when Indian traditions of hatha or physical yoga were merged with Western forms of physical culture. One of the most important of the figures in this renaissance was Swami Kuvalayananda (1883-1966), who helped to frame yoga and its practical benefits in medical science.

Vivekananda himself had a complicated and contradictory relationship to hatha yoga. In conversations with his disciples, Vivekananda revealed that in early 1890 he attempted to study hatha yoga to remedy his poor health but withdrew before he was initiated into the practice after a disapproving vision of his late master Ramakrishna.

While Vivekananda was dismissive of hatha yoga to his American audiences—calling it “gymnastics” and “queer breathing exercises”—he likely taught some postures to a small group of his dedicated students in New York.

He may not have popularized yoga single-handedly, but Vivekananda was undoubtedly important in helping set the stage for yoga’s modern iterations. According to Suzanne Newcombe, a lecturer in Religious Studies at the Open University in the UK and author of Yoga in Britain, Vivekananda “marks a turning point in how Indian religiosity was understood outside of India.”

Vivekananda inspired and provided a model for several other South Asian teachers to follow his example and come to the United States over the next few decades. Among them was Yogananda, the founder of the Self-Realization Fellowship and author of Autobiography of a Yogi.

It was during the 1920s and 1930s when yoga obtained a higher profile in America, not by Indian teachers who came to the United States, but largely by Indian immigrants. These individuals were already in the country and then lost their citizenship and rights through a series of court cases and federal legislation.

Dozens of these former students, professionals and political activists remade themselves into mystic authorities. They travelled the country, and made a living by giving public lectures, private classes, and often personal services. The American writer Charles Ferguson wryly described them in 1938 as traveling salesmen, telling readers that “every winter we can find advertisements of the appearances of Yogis in the cities of the East and during the spring and summer they work the back places.”

By the end of the 1930s, the revival of hatha yoga in India had made its way to the United States. Previous ideas of yoga as mental and magical started to wane, and the yoga familiar to contemporary practitioners with its postures and physical exercises began to take hold. Health and bodybuilding magazines began to tout yoga and yoga teachers began to add asanas to their classes.

Starting in the early-1960s, several Americans such as Richard Hittleman and Lilias Folan used television to present approachable and practical forms of yoga to a wide audience. Later in the decade, members of the hippie counterculture and New Age movement further popularized yoga and founded many of the institutions that allowed for its continued growth.

By the 1980s and 1990s, the introduction of VHS tapes and DVDs, along with the rise of the fitness industry, made yoga a part of the routines of countless Americans in their own homes or at their local gym.

Today, yoga in America is a pervasive billion-dollar industry practiced by tens of millions of people and found in tens of thousands of studios across the country. While the global spread and popularity of yoga is not solely due to American efforts, the history of yoga in the United States doubtlessly played a crucial role in its spread.

For his part, yoga as a physical practice of getting into peak shape and contorting through postures on matts would be a phenomenon that Swami Vivekananda would be slow to recognize. But yoga as an influential cultural form that is embraced by the West while reflecting positively on India is something that Vivekananda would undoubtedly be quick to applaud.