AI Will Create Millions More Jobs Than It Will Destroy. Here’s How

by Byron Reese: In the past few years, artificial intelligence has advanced so quickly that it now seems hardly a month goes by without a newsworthy AI breakthrough… 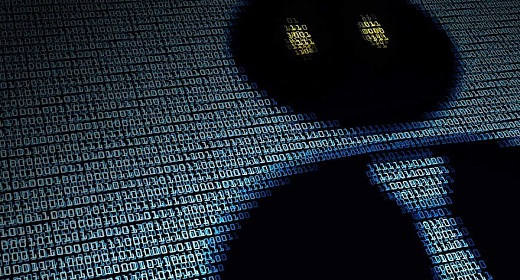 In areas as wide-ranging as speech translation, medical diagnosis, and gameplay, we have seen computers outperform humans in startling ways.

This has sparked a discussion about how AI will impact employment. Some fear that as AI improves, it will supplant workers, creating an ever-growing pool of unemployable humans who cannot compete economically with machines.

This concern, while understandable, is unfounded. In fact, AI will be the greatest job engine the world has ever seen.

On the one hand, those who predict massive job loss from AI can be excused. It is easier to see existing jobs disrupted by new technology than to envision what new jobs the technology will enable.

But on the other hand, radical technological advances aren’t a new phenomenon. Technology has progressed nonstop for 250 years, and in the US unemployment has stayed between 5 to 10 percent for almost all that time, even when radical new technologies like steam power and electricity came on the scene.

But you don’t have to look back to steam, or even electricity. Just look at the internet. Go back 25 years, well within the memory of today’s pessimistic prognosticators, to 1993. The web browser Mosaic had just been released, and the phrase “surfing the web,” that most mixed of metaphors, was just a few months old.

If someone had asked you what would be the result of connecting a couple billion computers into a giant network with common protocols, you might have predicted that email would cause us to mail fewer letters, and the web might cause us to read fewer newspapers and perhaps even do our shopping online. If you were particularly farsighted, you might have speculated that travel agents and stockbrokers would be adversely affected by this technology. And based on those surmises, you might have thought the internet would destroy jobs.

But now we know what really happened. The obvious changes did occur. But a slew of unexpected changes happened as well. We got thousands of new companies worth trillions of dollars. We bettered the lot of virtually everyone on the planet touched by the technology. Dozens of new careers emerged, from web designer to data scientist to online marketer. The cost of starting a business with worldwide reach plummeted, and the cost of communicating with customers and leads went to nearly zero. Vast storehouses of information were made freely available and used by entrepreneurs around the globe to build new kinds of businesses.

But yes, we mail fewer letters and buy fewer newspapers.

The Rise of Artificial Intelligence

Then along came a new, even bigger technology: artificial intelligence. You hear the same refrain: “It will destroy jobs.”

Consider the ATM. If you had to point to a technology that looked as though it would replace people, the ATM might look like a good bet; it is, after all, an automated teller machine. And yet, there are more tellers now than when ATMs were widely released. How can this be? Simple: ATMs lowered the cost of opening bank branches, and banks responded by opening more, which required hiring more tellers.

In this manner, AI will create millions of jobs that are far beyond our ability to imagine. For instance, AI is becoming adept at language translation—and according to the US Bureau of Labor Statistics, demand for human translators is skyrocketing. Why? If the cost of basic translation drops to nearly zero, the cost of doing business with those who speak other languages falls. Thus, it emboldens companies to do more business overseas, creating more work for human translators. AI may do the simple translations, but humans are needed for the nuanced kind.

In fact, the BLS forecasts faster-than-average job growth in many occupations that AI is expected to impact: accountants, forensic scientists, geological technicians, technical writers, MRI operators, dietitians, financial specialists, web developers, loan officers, medical secretaries, and customer service representatives, to name a very few. These fields will not experience job growth in spite of AI, but through it.

But just as with the internet, the real gains in jobs will come from places where our imaginations cannot yet take us.

You may recall waking up one morning to the news that “47 percent of jobs will be lost to technology.”

Frey and Osborne go on to rank occupations by “probability of computerization” and give the following jobs a 65 percent or higher probability: social science research assistants, atmospheric and space scientists, and pharmacy aides. So what does this mean? Social science professors will no longer have research assistants? Of course they will. They will just do different things because much of what they do today will be automated.

The intergovernmental Organization for Economic Co-operation and Development released a report of their own in 2016. This report, titled “The Risk of Automation for Jobs in OECD Countries,” applies a different “whole occupations” methodology and puts the share of jobs potentially lost to computerization at nine percent. That is normal churn for the economy.

But what of the skills gap? Will AI eliminate low-skilled workers and create high-skilled job opportunities? The relevant question is whether most people can do a job that’s just a little more complicated than the one they currently have. This is exactly what happened with the industrial revolution; farmers became factory workers, factory workers became factory managers, and so on.

Embracing AI in the Workplace

A January 2018 Accenture report titled “Reworking the Revolution” estimates that new applications of AI combined with human collaboration could boost employment worldwide as much as 10 percent by 2020.

Electricity changed the world, as did mechanical power, as did the assembly line. No one can reasonably claim that we would be better off without those technologies. Each of them bettered our lives, created jobs, and raised wages. AI will be bigger than electricity, bigger than mechanization, bigger than anything that has come before it.

This is how free economies work, and why we have never run out of jobs due to automation. There are not a fixed number of jobs that automation steals one by one, resulting in progressively more unemployment. There are as many jobs in the world as there are buyers and sellers of labor.