by Jon Kabat-Zinn: Mindfulness changes karma: when you sit, you are not allowing your impulses to translate into action… 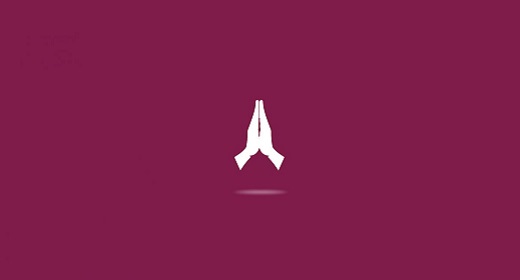 Zen masters say that daily meditation practice could turn bad karma into good karma. I always chalked this up to a quaint moralistic sales pitch. It took me years to get the point. I guess that’s my karma.

Karma means that this happens because that happened. B in some way connects to A. Every effect has an antecedent cause. And every cause an effect that is its measure and its consequence, at least at the non-quantum level. Overall, when we speak of a person’s karma, it means the sum total of the person’s direction in life and the tenor of the things that occur around that person. They are caused by antecedent conditions, actions, thoughts, feelings, sense impressions, desires.

Many often mistake karma for the notion of a fixed destiny. It is more like an accumulation of tendencies that can lock us into particular behavior patterns, which themselves result in further accumulations of tendencies of a similar nature. So, it is easy to become imprisoned by our karma and to think that the cause always lies elsewhere-with other people and conditions beyond our control, never within ourselves. But it is not necessary to be a prisoner of old karma. It is always possible to change your karma. You can make new karma. But there is only one time that you ever have to do it. Can you guess when that might be?

Here’s how mindfulness changes karma. When you sit, you are not allowing your impulses to translate into action. For the time being, at least, you are just watching them. Looking at them, you quickly see that all impulses in the mind arise and pass away. They have a life of their own. They are not you but just thinking, and you do not have to conform to them. Not feeding or reacting to impulses, you come to understand their nature as thoughts directly.

This process actually burns up destructive impulses in the fires of concentration and equanimity and non-doing. At the same time, creative insights and creative impulses are no longer squeezed out so much by the more turbulent, destructive ones. Mindfulness can thereby refashion the links in the chain of actions and consequences. In doing so, it unchains us, frees us, and opens up new directions for us through the moments we call life. Without mindfulness, we get stuck, all too easily, in the momentum coming out of the past with no clue to our own improvement, and no way out.

Our dilemma always seems to be the other person’s fault, or the world’s fault, so we always find a way to justify our own views and feelings. The present moment is never a new beginning because we keep it from becoming one.

Karma, in one form or another, you see it over and over again in relationships gone sour or missing something fundamental from the start, the absence of which invites sadness, bitterness, hurt. Sooner or later, we are most likely to reap that which we have sown. Practice anger and isolation in a relationship for forty years, and you wind up imprisoned in anger and isolation. No big surprise. And it is hardly satisfactory to apportion blame here.

Ultimately, it is our mindlessness that imprisons us. We get better and better at being out of touch with the full range of our possibilities and more and more stuck in our cultivated-over-a-lifetime habits of not seeing, but only reacting and blaming.

If we hope to change our karma, it means we have to stop making those things happen that cloud mind and body and color our every action. It doesn’t mean doing good deeds. Instead, it means knowing who you are and that you are not your karma, whatever it may he at this moment. It means to align yourself with the way things actually are—It means seeing clearly.

Where to start? Why not with your own mind? After all, it is the instrument through which all our thoughts and feelings. Impulses and perceptions can translat into actions in the world. When you stop outward activity for some time and practice being still, right there, in that moment, with that decision to sit, you are already breaking the flow of old karma and creating an entirely new and healthier karma. Herein lies the root of change, the turning point of a life lived.

The very act of stopping, of nurturing moments of non-doing, of simply watching, puts you on an entirely different footing vis-à-vis the future. How? Because it is only by being fully in this moment that any future moment might he one of greater understanding, clarity, and kindness, one less dominated by fear or hurt and more by dignity and acceptance. Only what happens now happens later. If there is no mindfulness or equanimity or compassion now, in the only time we ever have to contact it and nourish ourselves, how likely is it that it will magically appear later, under stress or duress?