July Was The Hottest Month Ever Recorded On Earth

by Sophie Lewis: This summer hasn’t just felt like the hottest ever — it actually has been… 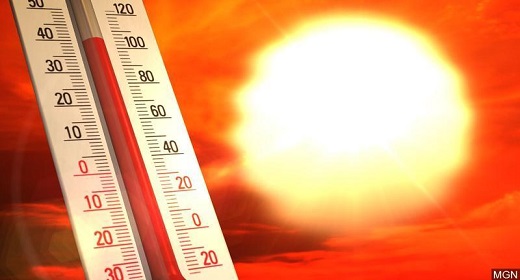 July 2019 is now officially the hottest month on record, since record-keeping began 140 years ago.

The average global temperature last month was 1.71 degrees Fahrenheit above the 20th-century average, the National Oceanic and Atmospheric Administration (NOAA) announced Thursday. It follows the hottest June ever recorded, marking one of the hottest summers in recent history.

Previously, July 2016 held the record for the hottest month ever. As of now, 2019 is tied with 2017 as the second-warmest year on record. 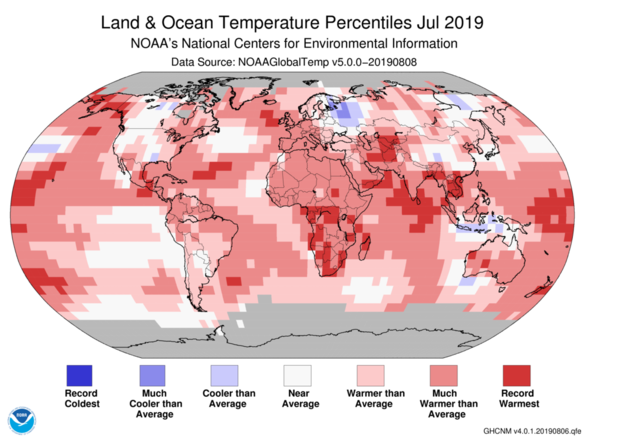 The last five Julys have been the five hottest of all time, and last month marked the 415th consecutive month with above-average global temperatures, scientists at NOAA’s National Centers for Environmental Information said.

Alaska, Central Europe, northern and southwestern parts of Asia, and parts of Africa and Australia suffered the most intense departures from normal high temperatures, experiencing their hottest year to date.

This summer has been marked globally by dangerous heat waves. A deadly heat wave gripped more than half of the U.S. in mid-July, causing at least six deaths across the country.

Europe also found faced life-threatening heat conditions last month, with France, Germany, Belgium, the Netherlands and Britain all hitting record temperatures. It hit 100 degrees in London and 109 in Paris —  the highest temperature ever recorded there.

On the last day of the month, the heat wave moved from Europe to Greenland, melting its ice sheets at dramatic rates. Eleven billion tons of ice melted across the country in just one day — its biggest melt of the season. 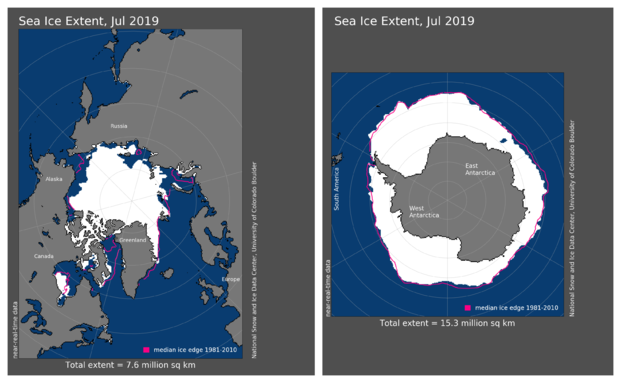 Roughly 197 billion tons of ice from Greenland melted into the Atlantic Ocean in July, Ruth Mottram, a climate scientist with the Danish Meteorological Institute, told CBS News. That’s about 36 percent more than scientists expect in an average year.

According to NOAA, average Arctic sea ice set a record low for July, running 19.8% below average — surpassing the previous historic low of July 2012.

Scientists continue to warn that human activity is heating the planet at a dangerous rate, and high temperatures pose a more lethal threat to humans than any other type of extreme weather event. The International Federation of Red Cross and Red Crescent Societies recently warned the threat posed by extreme heat “will only become more serious and more widespread as the climate crisis continues.”