by Chris D’Angelo: No, carbon dioxide emissions are not “good” for global food production… 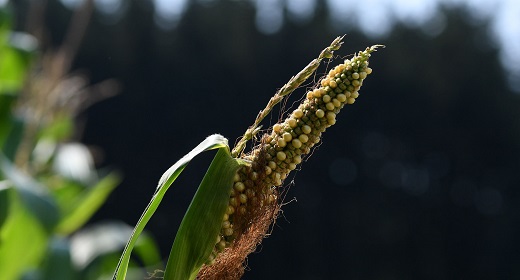 Then in 2017, Smith’s views on planetary warming suddenly shifted. What the fossil fuel industry ally had for so long refused to acknowledge as real, he now argued was “beneficial” to crop production and the lushness of the planet.

Pumping the atmosphere full of carbon dioxide will “aid photosynthesis, which in turn contributes to increased plant growth,” he wrote in an op-ed published in The Daily Signal, a news website of the right-wing Heritage Foundation. “This correlates to a greater volume of food production and better quality food.”

Less than two years earlier, a retired Princeton physics professor named William Happer ― now an adviser in President Donald Trump’s White House ― had founded a right-wing think tank to “defend the honor of CO2,” as he described it in a 2015 speech. The group, called the CO2 Coalition, spends its days cheerleading for the very greenhouse gases driving the global crisis. It claims CO2 is nothing more than “plant food” and that rising atmospheric concentrations will “play a crucial role in meeting the planet’s growing food needs in the next century and beyond.” A quarter of the CO2 Coalition’s funding in 2017 came from the mega-donor Mercer family, which plowed more than $15 million into Trump’s 2016 campaign and continues to bankroll climate change denial.

The argument that CO2 emissions from fossil fuels benefit humanity has become a favorite among climate contrarians as an all-but-irrefutable body of scientific research has forced many to abandon outright climate change denial. And just like so many other go-to talking points, this one is wildly inaccurate, as a United Nations report drove home this week.

To be clear, it’s a myth that’s been discredited before.

The new assessment from the Intergovernmental Panel on Climate Change, or IPCC, the leading U.N. body of researchers studying human-caused global warming, warns that the unfolding crisis has already negatively affected crop growth in many parts of the world and poses a major threat to global food security. It found that some 500 million people live in areas where once-productive land has dried out and turned to desert, including parts of North Africa, East Asia and the Middle East.

“Food security will be increasingly affected by future climate change through yield declines – especially in the tropics – increased prices, reduced nutrient quality, and supply chain disruptions,” Priyadarshi Shukla, an author of the IPCC report, said in a statement.

It is true that higher carbon dioxide concentration has made parts of the world greener and can boost plant growth in some environments. But scientists say the negative consequences of climate change on the agricultural sector far outweigh any benefits from this so-called “CO2 fertilization” effect.

“This argument about CO2 being good for us, good for the food system, is really pure lies and propaganda,” Sam Myers, a research scientist at Harvard University, told HuffPost.

This argument about CO2 being good for us, good for the food system, is really pure lies and propaganda.Sam Myers, research scientist at Harvard University

Myers is not a co-author of the IPCC report, but his work is referenced throughout the assessment. He has conducted extensive research looking at the impact of climate change on staple food crops and found that human carbon emissions are significantly reducing the content of iron, zinc and protein in those crops, putting hundreds of millions of people at risk of nutrient deficiencies.

“When you combine the positive, small CO2 fertilization effect with the effect on temperatures and precipitation ― even if you don’t factor in more extreme events like heat waves, droughts, forest fires and all the other stuff that comes along with climate change ― you still get these relatively large negative effects on global crop yields,” he said.

The IPCC report, co-authored by more than 100 experts from 53 countries, found that planetary warming to date has increased the yield of some crops, including corn and cotton, in higher-latitude regions, while yields of wheat, barley and other crops are on the decline at lower latitudes. Areas of the tropics and subtropics are most vulnerable to crop declines in the future. The panel also determined with “high confidence” that the “stability of food supply is projected to decrease” as extreme weather that disrupts food chains becomes more common. Vulnerable populations are likely to be the hardest hit.

Trump, a vocal climate change denier, is among those who have embraced and peddled the misinformation that’s been championed by the CO2 Coalition. Earlier this year, he tapped Happer, the think tank’s co-founder and current deputy assistant for emerging technologies at the National Security Council, to spearhead an ad-hoc panel to conduct an “adversarial scientific peer review” of climate science, although E&E News reported last month that the White House scrapped the initiative. Happer has claimed the earth is in the midst of a “CO2 famine” and said the “demonization of carbon dioxide is just like the demonization of the poor Jews under Hitler.”

In March, Trump parroted CO2 Coalition board member Patrick Moore on Twitter after Moore went on Fox News and falsely claimed that “carbon dioxide is entirely beneficial to both the environment, to agriculture and forestry and to the climate of the earth.”

The CO2 Coalition has no doubt benefited from and been emboldened by Trump’s tenure. As E&E News’ Scott Waldman has reported, the coalition has expanded its presence on Capitol Hill, briefing members of Congress who will listen, and hiring prominent figures of the climate denial movement.

“We’re sort of like Trump in that we’re trying to bypass you all in the mainstream media who don’t cover us,” Caleb Rossiter, the group’s executive director, told E&E News this week.

The CO2 Coalition did not respond to HuffPost’s request for comment. But if you’re wondering how the IPCC findings have been received by the group and whether it plans to take all the pseudo-science off its website, look no further than Moore’s Twitter page.

“Particularly dumb,” he wrote of The Guardian’s coverage of the report.