by Jenny Norris Green: “For, when I came into the silent assemblies of God’s people, I felt a secret power among them… 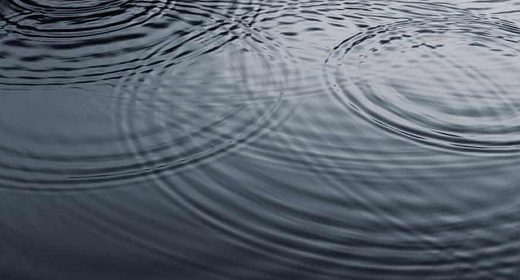 which touched my heart; and as I gave way unto it I found the evil weakening in me and the good raised up” Robert Barclay (1648-1690)

Over a period of three years, I conducted PhD research on Quakers and Unitarians in my home state of South Australia. While attending their worshipping and other activities and conducting interviews, I became intrigued by the unique opportunity that their practices offered to explore certain aspects of modernity as well as the dynamics of speech and silence that constituted their experiences of worshipping.

My research initially started from studying Louis Dumont’s ideas about variants of modern individualism which are usually associated with the milieu of industrial capitalism and relative homogeneity of modern Western Europe. This milieu is vastly different from the more heterogeneous cultural environment of current Australian society. Notwithstanding this difference, however, I found that Dumont’s notions are still pertinent in an assessment of how certain types of religious organisation confront Australia’s contemporary religious complexity. Using a comparative approach highlighted that although Quaker and Unitarian practices are substantially different, they both demonstrate that the individual is given high value; a notion which is commonly associated with, and characteristic of, modernity. However, their respective individualisms are different and can be considered variants within modern ideology.

Although the majority of Quakers throughout the world have a form of programmed worship which has the pastor’s sermon as its focal point[2], Australian Quakers form part of a much smaller minority which follows the un-programmed tradition based on silent worship which developed in England in the seventeenth century.

Traditionally, the Quaker meeting begins as soon as the first person arrives and sits down in silence. People sit facing the centre. Some have their eyes closed or look downwards, whereas others look straight ahead. The most important things are silence and stillness. Sometimes, a meeting has no spoken ministry but typically there are several offerings of spoken ministry during the hour of worship. Equal importance is assumed for ministry and silence; nevertheless, the core of the un-programmed meeting for worship is undeniably silent waiting, in which participants wait for promptings or inspiration, which some believe are Spirit-led.

It is difficult to be still and silent. The body sometimes cannot be controlled as people cough, stifle a sneeze or a yawn, or change position in their chairs. Although the meeting may be described as silent, there is never a complete silence, just an absence of spoken word; and remarkably, the background noise coming from the outside world, or the occasional cough, does not seem to intrude too much.

As the absence of spoken word continues, a sense of calmness seems to prevail and a feeling of settling into the silence itself ensues. One participant, who had attended meetings since childhood, explained that during the silence it was possible to go to “a personal centre of inner peace”, “a deep stillness within” or “that place that you go to just before you go into a deep, peaceful sleep.” Sometimes, there are periods when the silence seems to intensify, especially in the final ten to fifteen minutes of the meeting. The perceived depth of the communal silence, which is termed “a gathered meeting”, is highly valued by participants.

Quaker worship is minimalist in approach, and allied to its minimalist approach, is the use of silence which is at its core. Although worship is un-programmed, it follows a set format of silence punctuated by the possibility of individual ministry. Ministry, like silence, is performative.[3] For example, people sometimes comment afterwards that it was a “good meeting.” This usually refers to the quality of the ministry but could also refer to the depth of the silence.

In Rappaport’s (1999:31-39) terms, the meeting for worship contains ritual features: liturgical order established by others, regularity, performance and shared stated principles. However, his understanding of Quaker practice would hold that its silence is symbolic of something else, i.e., Rappaport believes that a symbol is always a representation. Certainly, silence can be a powerful symbol and researchers have been drawn to this aspect. Bauman’s research (1983), for example, concentrates on the use of speech in Quaker discourse and social interaction. He maintains that particular ways of speaking were the most distinctive and identifying features of seventeenth century Quakers. He also believes (1983:22) that ways of speaking and the use of silence have continued to be key Quaker symbols.

In Bell’s (1992:216) terms, silent worship is a ritualised practice used to maintain the sense of a community’s power by promoting social solidarity and a sense of unity through the recognition of this dominant symbol. I have noted occasions when silence as the dominant symbol has been used by Quakers strategically. However, I also suggest that silent worship among Quakers is not primarily used for enabling the construction of a power relationship but instead orientates participants toward the possibilities of “being” and “becoming” and as such can be considered a dynamic process with transformative possibilities.

Kapferer’s approach to ritual (2006, 2008) is useful in understanding this process of transformation. He retains Turner’s (1969) insistence that ritual has creative and generative dimensions by positing that the concept of “virtuality” can illuminate ritual’s ability to enable transformation of life processes. In Kapferer’s understanding (2008:18-19), the virtual can be described as being in-between reality (that which has already occurred) and actuality (the diversity of what will become). He stresses that virtuality[4] in this usage is a reality which is different from, but no less real than, the ordinary realities of life.

Using this approach, the Quaker meeting can be seen as a self-contained, imaginal and dynamic space which allows the potentialities of human experience to take shape because it removes participants from everyday constraints and indeterminacies, providing a milieu for adherents to receive the guidance necessary for ethical self-formation. In contrast with unexpected events in people’s everyday lives, the repetitive format of silence, stillness and intermittent ministry—always beginning and ending in silence—is a predictive pattern. This predictive pattern is able to suspend the reality of actuality by slowing down the pace of life, thus providing a virtual reality through the media of silence and stillness, and it is within this predictive pattern that Quakers hope to receive inspiration.

In my view, although it is characterised by silence and stillness, the Quaker meeting for worship is nevertheless a dynamic process. This dynamic is experiential and facilitated by the tension between the moral imperatives of ministry and the need for silence, and also, tension within the silence itself— all factors which allow experience to be shaped and formed.