These Plants Can Replace Meat But Will Doing So Help the Environment?

by Shannon Hall: Moving away from meat would reduce fertilizer use, cropland and carbon dioxide emissions. Yet it alone will not save the planet… 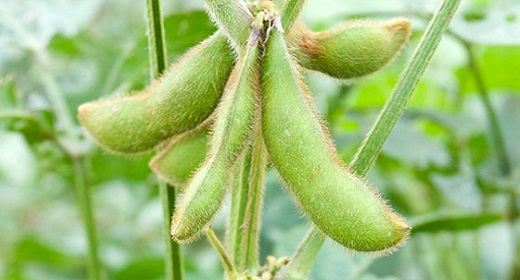 It pays to be a picky eater—at least, when it comes to meat. A studypublished Thursday in Scientific Reports suggests that certain plant-based diets can provide the same amount of nutrition as meat products and simultaneously protect the environment. While experts agree that meatless meals provide myriad benefits, going vegetarian is not a realistic option for many. Nor will it do much to slow down climate change.

There is no question that the growth of livestock farming and meat consumption is far from environmentally friendly. For one thing, forests are often cut down to make way for pastures, reducing biodiversity and natural carbon sinks. Also, livestock are typically fed corn, soybean meal and other grains—which first have to be grown using fertilizers, fuels, pesticides, water and land. Even their manure emits a hefty percentage of greenhouse gases. All in all, a recent study suggested that livestock produce as much as 80 percent of all food-related emissions.

But despite this mounting evidence, many are hesitant to take the meat-free leap. Gidon Eshel, a research professor of environmental and urban studies at Bard College, contends this attitude is largely because people question whether their meals would still be nutritionally sound. So he and his colleagues took a deeper look at the issue by determining the precise plant-based diet that would allow someone to swallow every nutrient (including proteins, vitamins and fatty acids) they would in a carnivorous one. They then calculated the environmental impacts if all Americans were to hypothetically make such a shift. “It’s really the next frontier in this business—to simultaneously address the nutritional and environmental issues at the same time,” Eshel says.

To start, his team built a computer algorithm that sorted through 73 different plant- and animal-based foods to pinpoint a vegetarian diet that could (nutritionally speaking) replace either beef alone or beef, poultry and pork. Doing so was not as hard as it might seem; Eshel and his colleagues found that a diet consisting predominantly of soy, green pepper, squash, buckwheat and asparagus could provide all the nutritional benefits of one that would often include a juicy steak. “You don’t have to eat some bizarre concoction,” Eshel says. “These are just naturally occurring plant-based foods.”

Such a regimen could even boost human life spans, says Marco Springmann, a senior researcher on environmental sustainability and public health at the University of Oxford. Meat-based diets, he says, are associated with an increase in the incidence of type 2 diabetes, coronary heart disease and obesity, whereas legumes are associated with a decrease in the likelihood of developing many of these health outcomes.

The new study jibes with an Intergovernmental Panel on Climate Change (IPCC) report, also released on Thursday, that focuses on global warming impacts on the land, and vice versa. The authors of that report, too, highlighted the numerous environmental and health benefits of a plant-based diet. “You save on future climate-change damages,” says Springmann, who was not involved with Eshel’s recent study or the IPCC report. “You save on biodiversity impacts of deforestation. You save on chronic disease rates and therefore on your medical bills.”

Eshel and his colleagues specifically found that if all Americans switched away from meat, it would eliminate the need for pastureland and reduce the amount of high-quality cropland under cultivation by as much as 25 percent—an area as large as Montana. But what truly excites Eshel is how dramatically the swap could clean the nation’s waterways. Today excess nitrogen from fertilizer spills into rivers. This pollution causes toxic algal blooms that deplete oxygen, leaving vast dead zones that inflict tens of billions of dollars of economic damage. But many of the plants within Eshel’s diet require far less nitrogen fertilizer than plants grown to feed livestock. Overall, the study says, a vegetarian shift could prevent roughly 4.5 billion kilograms of nitrogen from being discharged into U.S. waterways—a number far greater than the nitrogen currently rushing through the Mississippi en route to the Gulf of Mexico.

But Marty Matlock, a professor of ecological engineering at the University of Arkansas, who was not involved in the study, points out that Eshel and his colleagues’ assessment does not reflect the reality of the U.S. food system. “This doesn’t consider the impact of this sort of diet on those who can’t afford to buy the vegetables,” he says. “Just ask, ‘Why do we have an obesity problem at the same time we have a food security problem?’ Because the cheapest food you can eat is a McDonald’s Happy Meal.” There are many “food deserts,” he says, where vegetables are expensive and even hard to find—not to mention the fact that it also takes an environmental toll to grow asparagus in Mexico or Peru before shipping it to the U.S. (Eshel’s study did not consider this factor.) Instead Matlock argues that the best diet moving forward just might involve algae, which are not only packed with twice as much protein as meat, plus vitamins and minerals, but can be grown in nonpotable water. Matlock notes that we have even been eating algae—particularly seaweed—for thousands of years and that the recent proliferation of algal powders as food supplements suggests many people might be willing to jump onboard.

The authors of the new study do acknowledge that one of the environmental downsides to their proposed shift away from meat is that food-related water use would actually increase 15 percent. Moreover, although the change would reduce greenhouse gas emissions, it would only do so by 6 percent. “It won’t buy you a get-out-of-jail solution to climate change,” Eshel says. Matlock agrees, pointing out that the greenhouse gas contribution of the food system is a drop in the bucket as compared with burning fossil fuels. The focus, he says, should be on reducing that fossil-fuel use, updating our transportation grids and sequestering carbon in soil. “We need to keep our eye on that ball,” he adds, “and not get distracted by asparagus and green peppers.”