Yoga As Art, Yoga As Science

by Manmohan Singh: The debate about whether yoga is a science or an art has been going on for a long time… 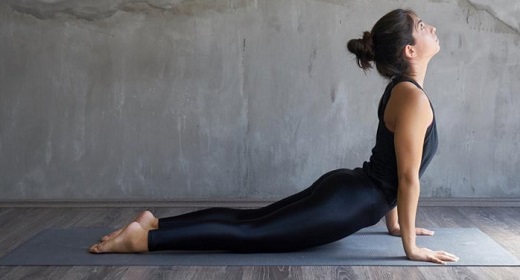 However, if you really know what is science and what is art, then you probably don’t need any explanation to decide what yoga is.

Let’s look at the definition of science first:

The age-old practice of yoga that originated in the Indian sub-continent definitely lives up to most of these definitions. Yoga is indeed a ‘Systematic study of the physical and natural world through observation and experiment’. Thousands of years ago, the saints and sages of India observed the natural world very minutely and attentively and gradually gained knowledge of the breath, senses and body along with different types of movements that affected well-being and health.

They also observed the animals and birds and followed their movements. All this knowledge gained through observation was put to use in the form of bodily movements (asanas). Thus, we can say that the ancient sages who discovered these bodily movements where scientists. They experimented and found out that certain bodily movements stretch certain parts of the body and that with practice one can get a leaner, flexible and strong body.

The knowledge that was acquired was not merely through superstition or belief but through acute observation of the environment and their own physical bodies. In simple words, they experimented just like our modern scientists do in their hi-tech labs.

One of the best things about yoga is that it is a very logical, rational and systematic. When we start practicing yoga, it is only through practice and effort we learn to experience its effects. There is no need to believe anything without feeling or observing it through the practice.

Is Yoga also an Art?

One of the basic definitions of art is, ‘the expression or application of our creative skill and imagination, typically in a visual form like a painting or sculpture or something else’.

Now, when we look at the body of a yogi in an asana, the first thing that strikes us is the poise, elegance and grace with which he/she pulls off the pose. It appeals to us in an aesthetic manner.

Again, when we indulge in meditation, we realize that truly yoga is a science as well as an art. The practice of meditation was developed through experimentation and observation, but to really feel the effects of this practice, we need to use our own power of imagination. When the conscious mind becomes calm and quiet, a person is able to dig deeper into his inner being and explore his emotions and thoughts. All these require a creative mental effort thus making this whole act a work of art.

The beauty of yoga is that it combines both science and art in every practice.

Numerous researchers and studies over the years have proved that the different practices of yoga are all based upon observations with attention to minute details. It is a systematic practice which, if carried out the way it is meant to be, can bring profound results both physically and mentally. The science and art of yoga is truly the way to discover the ‘inner-being’ and be at one with the universal consciousness. The essence of yoga is not the betterment of the physical body only, but to unite the body, mind and soul in a beautiful embrace and cherish the resulting union.