by Nicole Leatherman: If you find yourself feeling a little less happy go lucky—or, on the contrary, you have an extra skip in your step… 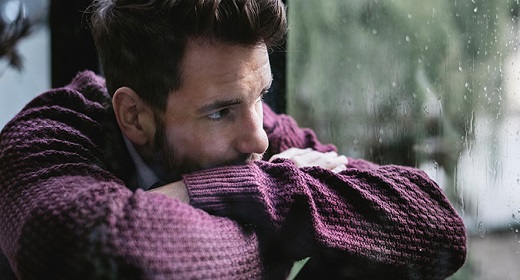 as the seasons change, it’s not your imagination. It’s happening.

Length of daylight plays a major role, but temperature and lifestyle also have a say. Not everyone reacts the same way to seasonal shifts. But if you find that your state of mind and feelings alter for better or worse with the seasons, there are some science-backed reasons why you may feel one or all of the following shifts.

It used to be called seasonal affective disorder or SAD. Now called major depressive disorder with a seasonal pattern, this condition is a form of depression that is characterized by recurrent depression episodes that happen in late fall and winter, and alternate with normal mood periods during the rest of the year. Some symptoms include the following:

Because some researchers suggest that this condition is a response to decreased light, artificial light therapy is often used. Other research shows that a drop in serotonin, the happiness neurotransmitter in the body, may play a role in people with this disorder. Serotonin can be bumped up with exercising, getting a massage, thinking about happy memories, and putting more natural sunlight into your day.

If it feels next to impossible to get out of bed when the morning alarm goes off during the winter months, your melatonin levels could be the culprit: they increase in the colder months. The brain uses serotonin to produce melatonin, so as your melatonin increases, your serotonin decreases, causing you to feel sluggish and less motivated to do things. Because exercise has been proven to increase serotonin levels and overall energy, it’s especially important to keep with your fitness activities all year round, but especially during the winter.

During the winter, ultraviolet (UV) levels from the sun are much lower. As a result, your vitamin D levels—and subsequently your overall energy—may drop. Making a point to get out in the sun during the middle of the day, when UVs are higher, can have a positive impact and serve as a treatment for SAD. Research points to vitamin D supplementation as a fatigue-improver. Adding more vitamin D-rich foods (e.g., salmon, egg yolks, spinach, kale, mushrooms) to your diet can also help positively impact your mental health.

If you are invigorated by the warmth of summer and longer days, take advantage of your boost of energy and add to your calendar some or all of the new activities that you’ve been meaning to try.

If you love the fall and its ability to bring cooler temps, foliage, and pumpkin-spice flavors to pretty much everywhere, you might find yourself feeling exponentially happier come the end of September. If you loathe snow (and live in an area that frequently gets it), the shortest day of the year, and all the winter holidays that fall between December through March, winter could cause your emotions to plummet.

Even if you don’t meet the diagnosis guidelines for seasonal depression, your preferences and emotions are valid. However, if you’d prefer to not be at the mercy of seasonal highs and lows, you could use the time periods as opportunities to incorporate more mindfulness in your life. Can you take comfort in and accept that part of what makes your favorite season of fall so special is that it doesn’t occupy 12 months of the year? Are there things that the winter season could teach you, such as compassion, grace, and gratitude?

When it’s hot outside, your body needs fewer calories to maintain optimal body temperature. When it’s cold, you need to eat more calories to keep your body at 98.6°F. This explains why you might have an appetite for rich, starchy foods, like meatloaf and mashed potatoes, in the cold, winter months than during the heat of the summer.

Foods with high water content have a cooling effect on the body, which is why things like watermelon, celery, and leafy greens may be more appealing during the summer months.

Another reason why you may crave certain foods during specific seasons is because of what’s in season. Typically in-season food tastes better because the crops are picked at their peak of ripeness.

Acknowledge that many of your cravings are based on what’s happening inside your body or in the environment. However, if you find yourself using a subzero winter day as an excuse to eat a plate full of cookies, evaluate if you really need all of the empty calories and sugar as fuel or if you want to eat cookies simply because they taste yummy.

Your body’s circadian rhythm —your internal timekeeper that runs in your brain—monitors changes in day length. That clock tells you when to wake up and when to feel tired. It also plays a role in metabolism, temperature regulation, hormone release, and mood. Again, studies point to people producing more serotonin during summer when there’s more daylight and less serotonin during winter when there’s less daylight. Food doesn’t contain serotonin, but you can eat foods—poultry, meat, dairy, leafy greens, and beans—that promote its production.

Seasonal lighting changes and the amount of actual true daylight you receive isn’t the only thing that affects serotonin production and circadian rhythms. One study points to the pervasive exposure to nighttime lighting—all electric lights, computers, smartphones, TVs—and how it blurs the hard lines between day and night, and impacts mood. Another study examined how bright daylight exposure and lighting conditions impact office workers’ mood and sleep-activity patterns. Researchers concluded that light has a major influence on human physiology, psychology, and health-related quality of life in addition to work performance and work satisfaction.

Regardless of what season it is, it’s important to be mindful of day and night practices, as well as environments, that follow the body’s biological clock as closely as possible.

The change in seasons doesn’t necessarily affect everyone the same way, but it’s important to be aware of your mental health. If you find your overall mood changing with the major shifts on the calendar, it’s key to acknowledge a) it’s happening and b) what your specific symptoms are. After that, you can reach for the right treatment if your mood is waning. If the change in seasons causes you to feel overjoyed, then, by all means, embrace it and enjoy it to its fullest.