by Shabad Kaur Khalsa: “Why get rid of anger? 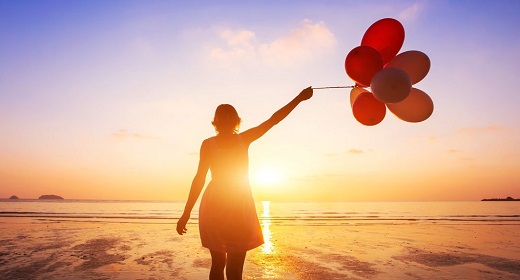 You can never do it. If you ever dare to do it, you will have no digestive system. You know what that means? That means all that energy that has to burn that food has no way to get out.”  Yogi Bhajan, 3/13/75

Anna (name changed to protect confidentiality) charges into my therapy office and sets her purse down firmly with a deep, exasperated sigh as she takes her seat. She is 5 minutes late to the session. “Someone cut me off in traffic! I was so upset!” I lead her in a practice of Sitali Pranayam* for a couple of minutes, and then she begins to process her response to a relationship betrayal she experienced in the last few days. Tears flow as she speaks, displaying a mix of anger and sadness.

Emtions matter. They give color to life. From a yogic viewpoint, emotions can be seen as ‘energy-in-motion.’ The important thing is to express them in healthy ways, and not be entranced by them. Yogi Bhajan often encouraged living in responsive ways, but not reactively, in what he called commotional living. Reality television and soap operas offer clear examples of this approach to life, portraying roller-coaster situations driven by the chaos of the characters and the fallout of their impulsive choices, secrets and deceptions, and attempts to claim power.

“Emotions are very important, but any mistake you ever make will occur when you become attached to your emotions as reality.” Yogi Bhajan

Anger happens! Anything along the spectrum of irritation, exasperation, frustration, anger or rage are inevitable feelings as we move through life. Imagine holding a bowl full of fire. You would exercise great care as you hold this. It needs to be contained yet acknowledged. Anger is actually one of six universal, basic emotions, as originally identified by researcher Paul Ekman in the 1970’s. (The emotions identified were: anger, fear, surprise, joy, sadness, and disgust.) Ekman studied facial expressions of people across the globe to create this study.

Emotions become ‘commotion’ when we attach ourselves to the biochemical responses of our brain and body that are triggered by these feelings. We can over-identify with the rush of surging sensations and feelings as our authentic selves, and our actions can result in creating karma.

“Take an altitude and take an attitude to understand the altitude.” Yogi Bhajan, 10/22/81

Anger relates to the element (tattva) of fire, agni. As such, it needs to be respected, as fire can either be destructive and burn something down, or in its polarity, can cook your food as well as help you digest it, and it can also clarify a point during a strong, assertive discussion.

“Just as the heat of the sun makes life possible on Earth, the heat of the agni tattva sustains life in the body. The day this internal fire goes out means death to the individual as surely as this world would die if the sun refused to shine. People with a supremacy of this agni tattva are very vigorous, full of perseverance, and become untiring workers. They have a wonderful capacity for leadership and a directness of manner and speech.”
-Yogi Bhajan, Aquarian Teacher Training Manual Level 1

In yogic terms, certain emotions like anger and sadness could be viewed as ‘apanic’, relating to the principle of apana – (outgoing, eliminative force). This is the polarity of prana (life-force). These emotions must be expressed and released somehow. If we deny or internalize their associated sensations, we will become ill in some capacity. The question is, how can we appropriately express them, to be authentic, and still keep ourselves and others safe?

I often teach my therapy clients first to recognize and honor their anger, rather than fear it, deny its presence or to push it down. It is sometimes righteous indignation, especially in cases of social injustice, gender or racial discrimination, and abusive situations. Reflect on any recent social change for justice brought about by people – there would be no revolution without the rocket fuel of anger and protest. In psychological circles, anger is often referred to as a ‘secondary emotion’, which sells it short, in my opinion. For example, let’s re-visit the client I mentioned earlier. She felt truly angry at her partner for betraying her with an affair, and also experienced sadness at the loss of trust. The sadness was accompanying the anger, and they are both primary! While it’s best not to indulge in anger or ‘lead’ your daily communication with it, it’s important to see it as a part of navigating life. Master the art of regulating your emotional temperament and expressing yourself in consciously assertive, not aggressive ways.

Meditation is fantastic for helping us to listen deeply, acknowledge feelings and pay attention to the messages they bring, while inviting our neutral mind to bear. There are many kriyas and meditations in the teachings of Kundalini Yoga to help us gain perspective and address the emotion of anger. It’s a matter of balance. In yoga, balance poses are often the most challenging, but ultimately the most rewarding. If you step out, take a deep breath, invite self-forgiveness, and step back in!