Are You A Monk, A Frog, Or A Scorpion?

by Ed and Deb Shapiro: After extensive travel in India and Australia we came back to visit with Ed’s family in New York. At dinner we were relating a story 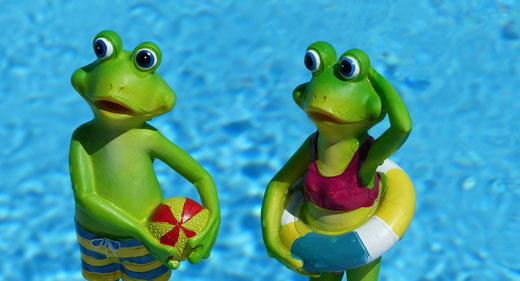 of a train journey we took across India. It was a very crowded train so Ed put his arm around Deb in order to sit as close together as possible. Traditionally, in India, men do not touch women in public, so this move triggered a negative reaction in some of the men on the train. One of them started getting quite abusive and angry towards Deb, as he considered her as behaving like a prostitute.

We were sharing this story as an example of the misunderstanding that can occur when traveling in a different culture, but it triggered Ed’s cousin to fall into an old family pattern of making Ed the one who was wrong, even though it wasn’t his fault. She started shouting that he should have known better than to put his arm around Deb and got quite upset at what she perceived as his bad behavior. When asked to stop shouting, she replied, “I can’t. This is the way I am!”

Ed’s cousin is no different to the way many of us are, seeing our nature as fixed or unchangeable. Perhaps you have heard this story about a frog and a scorpion:

One day a frog was sitting happily by the side of the river when a scorpion came along.

“Oh Mr. Frog,” said the scorpion, “I need to get to the other side of the river to be with my family. Will you please carry me across?”

“But Mr. Scorpion, if I do that you will sting me!” replied the frog, somewhat aghast at the request.

“Do you promise?” asked a rather doubtful frog.

“I really promise—I will not sting you,” said the scorpion.

“Do you really, really promise?” asked a still-dubious frog.

The scorpion climbed on top of the frog’s back and they set off. Halfway across the river, the scorpion stung the frog. In horror, the frog, unable to continue swimming and with both of them about to drown, finally managed to gasp, “Please, Mr. Scorpion, just tell me one thing before we both go under. Just tell me why, when you promised you would not, why, oh why did you sting me?”

“Because it is my nature,” replied the scorpion.

With no intention of being derogatory to scorpions, this story shows how the nature of the scorpion appears unchangeable and fixed: it has no choice regarding its behavior because it is a scorpion, that’s all there is to it.

And most of us think we are just the same. We think we can’t change, that we are the way we are and that’s that—this is who I am and I can’t change and I won’t change! We become fixed and self-absorbed, unable to move or adapt, even to the point of jeopardizing our own welfare. But where a scorpion is not necessarily able to act any differently, we can. We do have choices. We don’t have to be the way we think we are; we can actually be and act differently.

In the nineteenth century, philosopher William James said, “The great revolution in our generation is the discovery that human beings, by changing the inner attitudes of their minds, can change the outer aspects of their lives.”

We can transform the self-centered aspect of our nature by opening our hearts and awakening to other-centeredness. We have the choice to offer generosity in place of selfishness, kindness in place of malice, and harmlessness in place of harm. To illustrate this, here is the end of the story:

Two monks were washing their bowls in the river when they noticed a scorpion that was drowning. One monk immediately scooped it up and set it on the bank. In the process, he was stung. He went back to washing his bowl, and again the scorpion fell in the river. Again the monk saved the scorpion and was again stung.

“Friend, why do you continue to save the scorpion when you know its nature is to sting?” asked the second monk.

“Because,” the first monk replied, “my nature is to save.”

Ed & Deb are the authors of newly released: The Unexpected Power of Mindfulness & Meditation, and The Art of Mindful Relaxation.Deb is the author of Your Body Speaks Your Mind, now in 19 languages. See more at EdandDebShapiro.com