How Do Brain Health And Heart Health Go Hand In Hand?

by Christopher Bergland: Cardiovascular health in midlife is linked to lower dementia risk later in life… 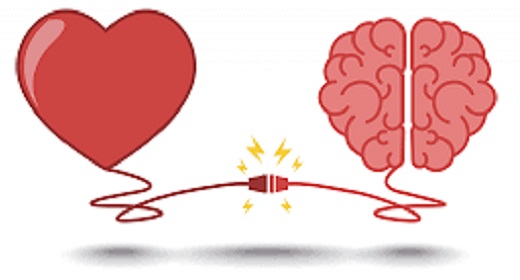 Better heart health at age 50 is associated with better brain health and a lower risk of dementia later in life, according to the results of a 25-year longitudinal study (Sabia et al., 2019) published August 7 in the British Medical Journal (BMJ).

Dementia is a progressive disease caused by multiple factors that begin developing over a long preclinical period—that could be 15 to 20 years long—before dementia symptoms appear. Unfortunately, most studies only assess dementia risk factors later in life and don’t examine the harbingers of cognitive decline during the decades leading up to potentially debilitating dementia.

The latest study led by Séverine Sabia is noteworthy because it examines the association between cardiovascular health and dementia risk in 7,899 British men and women during midlife and over the next 25 years. Sabia is a research associate from the Department of Epidemiology and Public Health at University College London (UCL) and the Université de Paris.

For this study, Sabia, along with senior author Archana Singh-Manoux and colleagues, examined cardiovascular health scores during midlife based on The American Heart Association’s Life’s Simple 7 guidelines in relation to cognitive decline and dementia later in life.

The AHA describes Life’s Simple 7 as “the seven risk factors people can improve through lifestyle changes that help achieve ideal cardiovascular health.” Although these guidelines were initially designed for the prevention of cardiovascular disease (CVD), they are increasingly being viewed as having dementia-preventing potential. 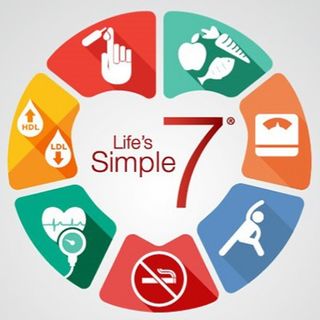 After taking potentially influential factors into account, the researchers conclude that adherence to Life’s Simple 7 cardiovascular health recommendations in midlife is associated with a lower risk of dementia later in life.

This study is observational; the researchers identified a correlation between heart health and brain health but cannot establish causal links. As the authors explain, “The precise pathway through which vascular and degenerative processes determine the risk of Alzheimer’s disease and dementia is likely to be complex.”

This study also has some significant limitations, such as relying on self-reported surveys and possibly missing some cases of undiagnosed dementia in patient’s medical records. An accompanying editorial published August 7 in BMJ, “The Determinants of Cognitive Decline and Dementia,” by Carol Brayne and Fiona Matthews, points out a few other limitations of this recent 25-year study:

“The authors adjusted their analyses for age, sex, education, socioeconomic status, and deprivation [but] did not report their relations to cognitive outcomes, which limits interpretation of the findings. This approach does not provide the full picture from a public health perspective and could reinforce the limited message that dealing with health in midlife is enough to reduce population risk of dementia.”