What Does Yoga Mean?

by Sofia Frasca: We hear the term yoga bandied around constantly, and when we hear the familiar word… 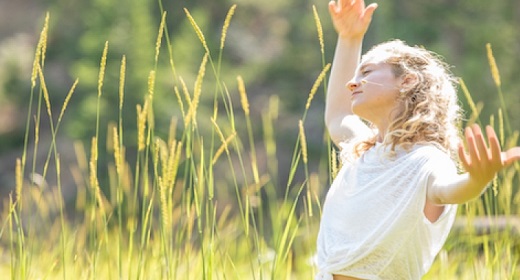 we often envision the Western version of a yoga class – people stretching on yoga mats in a wooden-floor studio with a serene and compassionate instructor leading the flow. However, the practice of yoga is something that has evolved over thousands of years. And …

Yoga is far more personal than a group class.

The word yoga comes from the Sanskrit language and literally means “to yoke”. It is commonly translated as “union”. In the original use of the word, yoga is an act of creating, finding, or becoming aware of the conscious connection between the mind and the body. Beyond that, yoga is building the connection between ourselves and the world around us — the universal or nature.

“Yoga is not a work-out, it is a work-in. And this is the point of spiritual practice; to make us teachable; to open up our hearts and focus our awareness so that we can know what we already know and be who we already are.” — Rolf Gates

The above quote will either make you cringe or grin. Either way, stay open and keep reading, because there is a yoga for everyone. The conscious connection that you build by ‘working-in’ allows you to feel and experience the beauties of life on a deeper level. And why wouldn’t we want to feel the greatest state of bliss and peace while we’re here on Earth? Am I right?

We use our body as a vehicle to feel and deepen the conscious connection or union. Some might find this state of bliss when running, dancing, or climbing a mountain … and some might find it through practicing yoga.

There are many paths and styles of yoga to help you achieve this blissful state. Asana originally referred to ‘seat’, and was used in early yoga to define what we’ve now coined as meditation. Since then, Asana, also translated as posture or pose and is what we are most familiar with in relation to a physical practice.

Yet, we still haven’t quite defined what yoga is.

Over many years, yoga has blossomed from your easy, seated pose into hundreds of poses. Physical practice, meditation, and pranayama, or controlled work with the breath, have become pillars to a yogic path or practice. The practice has been spread by many well-known gurus and certain styles have gained popularity as the practice was introduced to the West from the East.

How can that be so? Yoga is meant to go deeper than the physical. When we truly find the practice, we are on a path of self-discovery. The physical postures and shapes we take are a tool to find a deeper connection with the breath and to regain control over the mind. We practice to become more aware of ourselves, of who we are, and how we feel. If you are only feeling the physical, there is still the fullness of the mind to be discovered.

“True yoga is not about the shape of your body, but the shape of your life. Yoga is not to be performed; yoga is to be lived. Yoga doesn’t care about what you have been; yoga cares about the person you are becoming. Yoga is designed for a vast and profound purpose, and for it to be truly called yoga, its essence must be embodied.” — Aadil Palkhivala

And so, this practice of yoga will continue to shift within our scope of time and space. New discoveries will be made on the yoga mat and off the yoga mat, and new styles of this physical practice will undoubtedly come to bloom.

Whether you like restorative yoga, power yoga, yoga dance, alignment-based yoga, or yoga sculpt, the yoga part of those styles comes from the connection you forge between your body, mind, and everything that surrounds you.