A Newly Discovered Link Between Brain Activity and Aging

by Lydia Denworth: A newstudy reveals that the activity of the nervous system affects longevity… 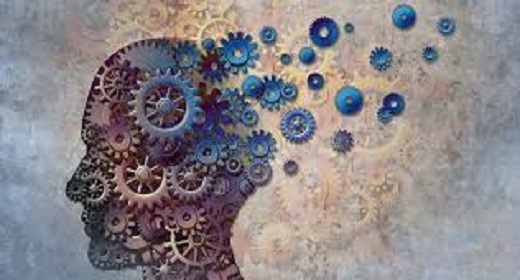 Why do some people live into their 90s and others not make it past 70? Despite centuries of seeking the secret to longevity, we don’t have many answers yet, biologically speaking. But a new study from Harvard Medical School, published October 16 in Nature, has for the first time pinpointed the role of neural activity in expanding or shortening how long an individual will live.

Our neural circuits are counterbalanced. Some neurons trigger neural activity, exciting the brain cells around them. Others tamp things down or inhibit neural activity. The entire process is under the control not only of our genes but our patterns of gene expression, which determine which genes are activated and which stay silent. The Harvard researchers and their collaborators found that excessive activity, or overexcitation, in the electrical transmissions of the brain is associated with shorter lifespans, and that suppressing that activity extends life. Their results center on a protein involved in gene expression that reduces brain activity and is aptly called REST. It could offer promise for treating diseases like Alzheimer’s and for promoting healthy aging more generally.

The study included research in humans, mice and a small but useful worm called C. elegans that is a mainstay of neuroscience research, especially into aging. There was a striking convergence in the findings suggesting that the same basic mechanism is at work across species. “A lot of data came together to support this initially counterintuitive idea that reducing excitability was a positive thing from the standpoint of long life, from worms to possibly humans,” says senior author Bruce Yankner, a professor of genetics and neurology at Harvard Medical School who studies the neurobiology of aging.

What does overexcitation look like in the human brain? It’s complicated. Overexcitation has been linked to Alzheimer’s disease and bipolar disorder, while practices like yoga and mindfulness meditation have been shown to change the brain’s rhythms in good ways. But it’s important to note that this new paper was a basic neurobiology study and it does not shed light on how a person’s thoughts, personality or behavior affect their longevity. “We’re not at a point yet where we can say that somebody who’s more anxious or has bipolar disorder is going to live a shorter life than somebody who is meditating all the time,” Yankner says. “But it raises the tantalizing possibility that you could modulate a lot of human physiology through the nervous system.”

In humans, Yankner and his colleagues have been using data from several large, long-running studies of aging populations. Earlier work had shown that there were considerable differences in gene expression in younger brains compared to older brains. For this new study, the scientists were able to compare gene expression patterns in two groups of older people, those who live past 85 and those who die between roughly 60 and 80. “When we looked more deeply at the nature of the changes, we found that one of the most prominent was what we call down-regulation or reduction in the expression of genes that mediate neural excitation,” Yankner says. “There’s a variety of different kinds of genes [involved,] but it was a really a coordinated downregulation only in genes that mediate excitation. Neurons that mediate inhibition were not affected.”

They then explored those findings in the worm, whose three- to four-week lifespan and relatively simple genetics have made it a workhorse research tool in neuroscience, especially research into aging. As the worm neurons aged, they became more excitable. What’s more, a famous worm mutant that lives several times longer than normal—Yankner calls them Methuselah worms—turned out to have much less neural activity than normal worms.

Using a number of different drugs, Yankner and his colleagues intervened to turn down the worms’ neural activity. The drugs all extended lifespan significantly. Through a series of elaborate genetic maneuvers, the scientists next found that a whole variety of excitatory neurons could be targeted pharmacologically to extend longevity. Furthermore, if they did the opposite and targeted inhibitory neurons, the Methuselah worms didn’t live quite as long. The effect, in other words, is bi-directional. Reduce neural excitation and the worms live longer. Increase excitation and the worms have shorter life spans.

In their human data, the scientists found higher levels of the protein called REST, which reduces neural excitation, in the brains of humans who lived longest. In both worms and mice, they were able to manipulate the expression of REST (or its mouse and worm equivalent). When they turned up REST in worms, for example, the nerve cells were less excitable, and the worms lived longer. When they removed REST from the long-lived mutant worms, the mutants weren’t so long-lived anymore and they weren’t so unexcitable. When the scientists knocked out the gene for REST in genetically-modified mice so that no such protein could be generated, the animals’ brains became more hyperactive as they aged.  “It suggests that REST plays a normal role in preventing hyperexcitation as the brain ages, at least in mice,” Yankner says. “Many of these mechanisms are conserved across mammalian species so we would suspect that something similar might be happening in humans as well.”

In molecular terms, these changes in neural excitation and REST worked through the biochemical pathways that regulate insulin in the body. “They go to the nucleus and turn on genes that help the organism live longer by making them more stress-resistant,” Yankner says.

The effort now in Yankner’s lab is to use these results to find drugs and interventions for humans. “If this REST pathway keeps the brain hyperexcitation in control and is protective, then augmenting it somewhat might be beneficial,” he says. One hope is to develop an early treatment for Alzheimer’s disease since REST provides a potentially druggable target.  A second larger goal is to determine if REST more globally affects other processes associated with human aging.

No one has found the fountain of youth, but perhaps the map just got a tiny bit clearer.