How Did Water Get on Earth?

About 70 percent of our planet’s surface is covered with water, and it plays an important role in our daily lives. But how did water get on Earth in the first place? 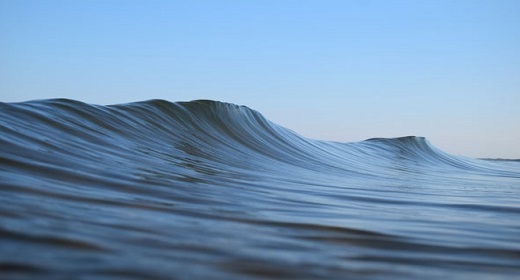 About 70% of the surface of our planet Earth is covered in water. We are nestled in our solar system at just the right distance from the Sun for this liquid water to exist. Any farther and that water would be frozen in ice. Any closer and temperatures would be too hot and we would be at risk for a runaway greenhouse effect similar to what’s happening on the scorching surface of Venus. Our not-too-cold, not-too-hot position in the so-called ”Goldilocks zone” is a pretty good thing because, of course, water is necessary for life.

But how did that water get here? Water is a defining characteristic of our planet and it plays such an important part of our daily lives. Understanding how water arrived on Earth is a key part of understanding how and when life evolved here as well. But we don’t even know how it where it came from. Scientists are still actively researching how our planet got to be so wet in the first place.

Our current picture of planet formation starts with a protoplanetary disk—that’s a large disk of gas and dust swirling around our newly-formed Sun. As the grains of dust and ice in the disk interact with themselves, those grains begin to form bigger and bigger clumps. Eventually those clumps form what we call planetesimals, the building blocks of rocky and giant planets.

But in the early period of our solar system’s formation, that disk was much hotter at the position where our Earth sits now. So even though there were most likely water molecules present in the mess of debris that made up the disk, it was too hot for water to condense into a liquid, causing it to evaporate instead. What’s more, the early Earth did not yet have an atmosphere making it easier for any liquid water droplets to be blown off into space. This leaves us with a bit of a puzzle. If the Earth could not have formed from the disk with its oceans already intact, how did they get here?

If Earth’s water wasn’t formed along with the Earth, then, planetary scientists suspect, it must have been delivered later via extraterrestrial messenger. Both asteroids and comets visit the Earth and are known to harbor ice. (Not sure of the difference between an asteroid and a comet? Check out my earlier episode.) In fact, models of the compositions of asteroids and comets suggest that they even harbor enough ice to have delivered an amount of water equal to Earth’s oceans.

So, problem solved? Not quite. Was it a comet or an asteroid that brought Earth’s water? Was it a single event, or many? And how long ago did this happen?

One way to determine whether an asteroid or a comet brought us our oceans is to look at the chemical make-up of these cosmic objects and compare that make-up to the Earth to see which are more alike. For example, a water molecule always has 10 protons (8 from its oxygen molecule and one each from its hydrogen molecules) and usually has 8 neutrons (from the oxygen molecule only). But different isotopes of water may have extra neutrons. Heavy water, for example, is what we call water made from oxygen and deuterium, which is an isotope of hydrogen, or just hydrogen with an added neutron.

One study published in the journal Science in 2014 looked at the relative amounts of different isotopes of water—water molecules with varying numbers of neutrons—on meteorites believed to have fallen to Earth from the ancient asteroid Vesta. Vesta is the second largest object in the Asteroid Belt and has a heavily cratered surface suggesting a violent past full of collisions.

The Vesta rock samples had the same distribution of isotopes seen on Earth. Now, that doesn’t mean that Vesta was necessarily the source of our water but that an object or objects similar to Vesta in age and in composition could be responsible.

But the dispute is still far from settled. For a while, studies of comets seemed to back up the idea that Earth’s water came from asteroids. The recent Rosetta spacecraft was the first to orbit a comet and then also the first to send a lander (called Philae) to the comet’s surface. Thanks to Rosetta and Philae, scientists discovered that the ratio of heavy water (water made from deuterium) to “regular” water (made from regular old hydrogen) on comets was different than that on Earth, suggesting that, at most, 10% of Earth’s water could have originated on a comet.

However, in 2018, a close passage of the comet 46P/Wirtanen allowed planetary scientists a more detailed look at its isotopic make-up using SOFIA, a jumbo jet with a telescope on board—very cool. They found the comet had similar ratios of deuterium and hydrogen as those found on Earth. So, what makes this comet different from the one studied by Rosetta and Philae?

Well, comet 46P/Wirtanen comes from a class of what are known as “hyperactive” comets, meaning they release more water as they draw closer to the Sun than a regular comet does. How do they do that? As a standard comet nears the heat of the Sun, the ice particles from its nucleus sublimate or go directly from solid ice to a gas, which can then condense later into liquid water if it were, say, to arrive on a planet’s surface. But a hyperactive comet loses not only the ice from its nucleus but also ice-rich particles in its atmosphere that were previously heated and released from the nucleus but still hang around. Those icy particles may be what makes hyperactive comets have isotope ratios more similar to those on Earth.

So even though hyperactive comets are rarer, the fact that they have similar isotope budgets to those seen on Earth