The Lasting Effects Of Social Isolation In Adolescence 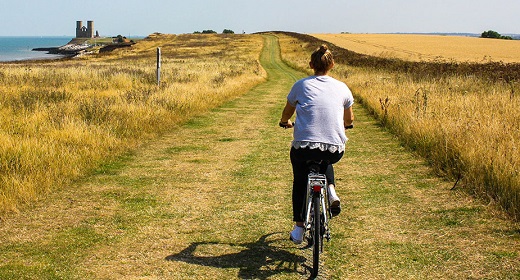 Humans are fundamentally social, and perhaps never more so than in adolescence when hanging out with friends is the top priority for most teenagers. But what happens when a teenager’s social life isn’t so happy?

One way to find out is to study social development in animals. A new study in mice reveals that a lack of social interaction during adolescence has lasting consequences in adulthood, changing the structure of the brain and altering normal development and decision-making behavior. Mice isolated as young adults do not show the same changes.

“This lends a lot of support to the idea that adolescence is a critical period during which social experience is sculpting the brain,” says neuroscientist Shannon L. Gourley of Emory University, senior author on the new paper.

The goal of this research is not only to understand adolescent brain development better but also to develop therapeutic interventions that might help struggling or depressed teenagers. And the study, published in eNeuro, showed promising results for a drug that helped keep brain development on track. “We’re interested in thinking about correcting brain architecture as a way to cure,” Gourley says.

Young brains develop by forging synaptic connections between neurons to develop essential brain circuits. As the saying goes, neurons that “fire together, wire together.” Early in childhood, there is an explosion of such contacts and then a pruning away of the ones that don’t get used. In recent years, neuroscientists have discovered that there is a second such period of exuberant growth and subsequent pruning in the adolescent years—and it happens in humans, monkeys, and mice.

“During adolescence, we have an overabundance of these contacts,” Gourley says. “Then many of them are pruned away. Important contacts are strengthened, and the excess ones are eliminated. That helps to optimize goal-directed decision-making behavior and inhibit impulsive behavior in adulthood.”

In the new study, Gourley and her colleagues isolated adolescent mice in cages that were full of food, water, and entertainment, but no other animals. “It would be as if you were isolated in a well-stocked studio apartment, but you didn’t interact with anybody for the entirety of adolescence,” Gourley says.  The mice were reintegrated socially as they entered adulthood.

The researchers wanted to know if social isolation caused biases in decision-making later in life, and they found that it did. Mice that had been isolated were more likely than normally socialized mice to rely on habit. Habit-based behaviors (like smoking or eating donuts in front of the television) can lead to addiction, and both humans and animals who have suffered early adversity have been shown to be prone to habit-based behaviors.

The brains of the animals showed less pruning away of unnecessary connections. “These synaptic contacts are occurring at an adolescent-like level even when the animal is an adult,” Gourley says.

In subsequent work, which Gourley hopes to publish later this year, they also studied the effects of isolation on social behavior and found that when mice are reintroduced to other animals, there is an initial period of intensive social investigation. “This is exactly as you would expect,” Gourley says. “They are interested, but then they dart away as if that investigation causes an anxiety-like response that we don’t see in typical animals.”

Fortunately, total isolation is exceedingly rare in humans. So it is fair to ask whether this work is really relevant to us. Gourley acknowledges that fact. “You tend to start with the most extreme circumstance and then work toward subtlety,” she says. “An important next question would be thinking about the different ways that the social environment can be adverse.”

For example, she is interested in bullying and other more realistic adolescent experiences, like simply not having any friends. It might be that these less extreme but more common forms of social exclusion are changing the brain less dramatically, but having a developmental effect, nonetheless.

The brain changes that lead to a lack of pruning involve parts of the neuron called dendritic spines, which are overabundant. Gourley’s team administered a drug that interferes with the proteins that inhibit the pruning process. “If we gave this drug during the isolation period, it was able to help prune those spines away, and when the [animals] were tested in adulthood, their behavior looked normal.”

The drug, fasudil, is already in use in Japan for patients who undergo mild strokes, so its efficacy and safety have been tested. The hope is that this drug might be an alternative to antidepressants like Prozac, which aren’t always well-tolerated by young patients. “If somebody is on Prozac, they’re likely taking it for their whole life,” Gourley says. Her results suggest that fasudil might be very effective in adolescence and “effective in possibly even curing as opposed to chronically treating.”

In effect, Gourley and her colleagues are looking for a way to safely shepherd adolescents through the critical period their work reveals.