Vitamin D: Is It A Worthwhile Supplement?

There are three main ways that people obtain vitamin D… 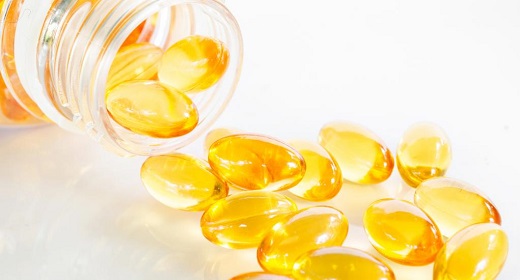 by eating foods rich in vitamin D, by ultraviolet rays from the sun reaching the skin, and by taking a supplement. Over the past 10 years, doctors have worried that people living in northern latitudes don’t absorb enough sunlight to prompt their bodies to manufacture their own vitamin D.

As a result, health care providers have been screening patients for vitamin D deficiencies; testing vitamin D levels is the fifth most-ordered lab test among Medicare Part B participants. Approximately 40 percent of adults in the U.S. take a vitamin D supplement daily.

Vitamin D helps the body absorb calcium, which is important for bone growth. It prevents a disease called rickets among children and plays a role in cell growth and immune function. But does taking a vitamin D supplement actually improve your health?

To date, the evidence has shown that this ubiquitous supplement is not as helpful as doctors once believed. Systematic reviews and large panels of experts have found that vitamin D is not helpful in preventing cardiovascular disease, falls, bone fractures, or diabetes. And there is evidence that taking vitamin D increases a person’s risk of developing kidney stones.

But a systematic review published this summer in the British Medical Journal found an important health benefit: Vitamin D supplements reduced the risk of cancer death by 16 percent. The review included 52 randomized-controlled trials with a total of more than 75,400 participants.

The reduction in deaths from cancer was observed among participants taking supplements of vitamin D3, a type found only in animal-sourced foods, such as oily fish, egg yolks, and butter. This is the type of vitamin D that the human body produces naturally when exposed to sunlight.

The health benefits of the study did not hold true for participants taking supplements of vitamin D2, a type found in mushrooms and most fortified foods. As a side note, vitamin D2 is less expensive to produce and is more common in foods fortified with vitamin D.