by Juliette Chor: The idea of transplanted cellular memory emerged as early as 1920 in the film “Les Mains d’Orleac” written by science fiction writer Maurice Renard… 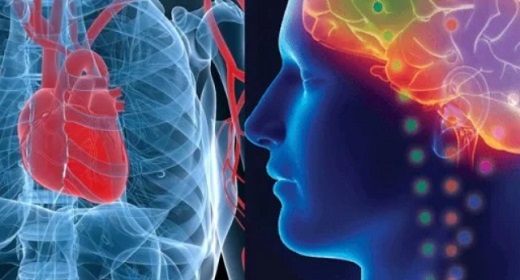 A second brain in the heart is now much more than an idea. Prominent medical experts have recently discovered that many recipients of heart transplants are inheriting donors’ memories and consequently report huge changes in their tastes, their personality, and, most extraordinarily, in their emotional memories. Today new science is testing the theory that the heart is involved in our feelings. So what have they discovered so far?

Amazing new discoveries show that the heart organ is intelligent and that it sometimes can lead the brain in our interpretation of the world around us, and in the actions we chose to take. A large number of case studies were enough to prompt some scientists to look differently at the heart and test old theories that the heart is involved in our feelings, emotions and premonitions. Since cardiac surgeon Christian Barnard’s first successful human heart transplant in South Africa in 1967, heart transplant recipients have had intriguing experiences, so strange and out of character that they seek to meet the families of their donors to find out what is going on. Could they have inherited certain behavioral and character traits through cellular memories from the heart of their donors?

Upon meeting their donors’ families, the heart transplant patients’ hunches were confirmed: the new personality traits had indeed been passed on from their donors. Families of donors often tend to bond with a recipient of an organ donated by their departed loved ones. They, in many ways, recognize and like the recipient, almost as if a part of their lost one was, somehow, still alive. 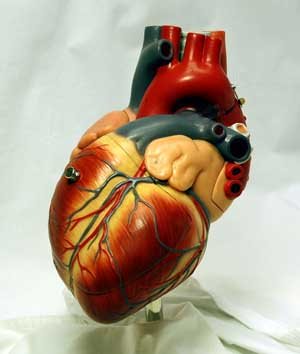 Not just a pumping machine?

The Little Brain In The Heart

Neurologist Dr. Andrew Armour from Montreal in Canada discovered a sophisticated collection of neurons in the heart organised into a small but complex nervous system. The heart’s nervous system contains around 40,000 neurons called sensory neurites that communicate with the brain. Dr. Armour called it “the Little Brain in the Heart”. It has been known for many years that memory is a distributive process. You can’t localize memory to a neuron or a group of neurons in the brain. The memory itself is distributed throughout the neural system. So why do we draw a line at the brain?

The following facts are only a few of the many cases reported as evidence of something extraordinary happening to heart transplant recipients: They seem to take on the likes and dislikes of their donors.

A gentle, soft-spoken woman who never drank alcohol and hated football got a heart from a crashed biker donor and turned into an aggressive beer drinking football fan.

A lazy male couch potato received a heart from a stuntman. He inexplicably started training fanatically for no apparent reason until he became a true athlete.

A 47-year-old Caucasian male received a heart from a 17-year-old African-American male. The recipient was surprised by his new-found love of classical music.

What he discovered later was that the donor, who loved classical music and played the violin, had died in a drive-by shooting, clutching his violin case to his chest.

A man who could barely write suddenly developed a talent for poetry.

An eight-year-old girl who received the heart of a ten-year-old murdered girl had horrifying nightmares of a man murdering her donor. The dreams were so traumatic that psychiatric help was sought.

The girl’s images were so specific that the psychiatrist and the mother notified the police.

Using the most detailed and horrid descriptive memories provided by the little girl, the police gathered enough evidence to find the murderer, charge him, and get a conviction for rape and first-degree murder.

Doctors now attempt to explain why organ recipients are hosts to donors’ memories and emotions, also known as “cellular memories”. While a handful of scientists are skeptical and dismissing this strange phenomenon as post-surgery stress or reaction to anti-organ rejection drugs, there are also a growing number of experts who believe cellular memories are indeed transplanted from donor to recipient with organs.

Other medical experts offer different explanations, but all agree that it is not so much mystical as it is science, and a science that needs further exploration.Professor Pr Paul Pearsall and Pr Gary Schwarz got together.

The Mind is Not Just in the Brain

The late Dr. Candace Pert, a pharmacologist at Georgetown University believes that the mind is not just in the brain, but also exists throughout the body. This school of thought could explain such strange transplant experiences. “The mind and body communicate with each other through chemicals known as peptides. These peptides are found in the brain as well as in the stomach, in muscles and in all of our major organs. I believe that memory can be accessed anywhere in the peptide/receptor network. For instance, a memory associated with food may be linked to the pancreas or liver and such associations can be transplanted from one person to another”.

“The implication is that it’s important for the neurons to have the feedback for the learning to take place. By extension, any system that has feedback is going to learn. We learn to shoot a ball into a basketball net by getting feedback about whether we are accurate or not. We learn to speak by getting feedback about whether we’re accurate or not. And so consequently, any system, any set of cells that has feedback mechanisms in a network is going to learn the same way that neurons learn. That’s what is called feedback memory.”

A heart transplant is now a routine operation. The heart has been seen for centuries as a symbolic organ associated with love and emotion.

Scientific research today clearly shows that poets and great scholars throughout history have been right all along. The heart has intelligence and plays a particular role in our experience of emotions.