The Appearance Of A Yogi; A Story Of Grace

Another story of miracles and grace. This one is relayed by Caroline Myss… 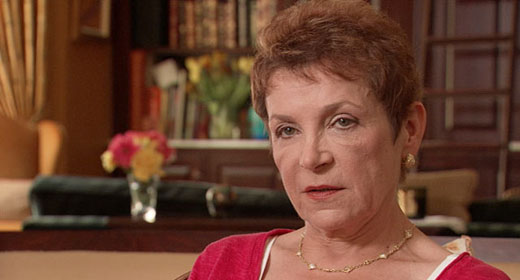 I have often been asked whether I believe that grace can actually save a person’s life. There’s no way to prove that it can, of course, but I choose to believe it can from the numberless reports of people who testify to the intervention of Divine energy in their own lives. One vivid story I was told was about a man named Steven, who had developed a serious case of internal and external hives, brought about from taking a new medication to which he did not know he was allergic. The rash began as a small irritation on his skin and proceeded to spread all over his body. After several days, Steven thought he must be allergic to something, but it never occurred to him that it was the medication. Instead, he reviewed the food he had been eating, the soap he was using, and the fabrics of the various items of clothing he was wearing. As the rash continued, Steven developed more symptoms. He broke into a fever every evening and became weaker by the day. He swelled up, retaining fluids in his tissues. Soon the fevers were constant and his weakness so severe that he could not walk. His feet were so swollen that he could no longer put on his shoes.

One morning, at the height of Steven’s suffering, a voice woke him up and told him to get to a hospital because he was dying. Then the voice told him to breathe slowly and deeply, pulling his breath fully into his lungs. An image came into his mind of a yoga master leading him in this exercise. Steven was Christian, and although he was certainly familiar with yoga in an intellectual sense, he had never learned or practiced it. He phoned a friend, however, telling him that he needed to get to a hospital immediately. En route, he continued to breathe as instructed, and every time he closed his eyes, he saw the yoga master.

Steven arrived at the hospital nearly unconscious. He was rushed to the emergency room, where the attending physician immediately administered a shot of steroids. He informed Steven that he had developed a near-terminal case of internal and external hives, and that every organ in his body, along with his skin, was inflamed. He also informed Steven that if he had not arrived at the hospital within a few hours, he probably would have died.

“I had never given any serious thought to yoga, or to any teachings or practices from the Hindu tradition,” Steven later said to me. “As far as I was concerned, yoga was nothing more than a physical exercise, hardly a spiritual practice. And I never thought of the breath as anything other than what we have to have to stay alive. Now I practice yoga constantly, though I no longer see that yoga master when I close my eyes. I have a ‘normal’ and physical teacher, but I still wonder each day, Why did a Yogi come to me? I mean, I had no belief in that tradition at all. How did that happen? I’ll never stop thinking about that experience. It changed my life—actually, it saved my life.”

(From Why People Don’t Heal and How they Can, by Caroline Myss)