by Belinda Womack: I have been blessed to work with a special group of Angels, the 12 Archangels of the Central Sun, for the past 25 years… 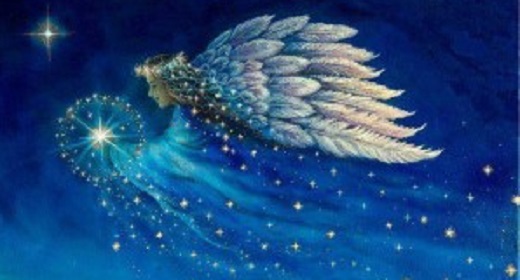 Being educated as a scientist, I believe that tangible proof of invisible help goes a long way in convincing the human mind that we are not alone. Here are three true stories from my own life that I hope will inspire you to ask your own “guardian” Angels to prove to you that Angels are real and exist to help us every day of our lives.

When I was seven years old, my family went to a church retreat at Rough River, Kentucky. It was a hot summer day and I was dog paddling in the river. The water was magical to me, a singing instrument that could move me, weightless and free into my own magical-day-dream world, far away from the loud yelps and happy screams of the other jubilant children splashing about in my immediate environment. I loved the secret world of my imagination, a most wonderful place where I could commune with God and feel safe and peaceful. With eyes closed and body afloat, I was swiftly pulled out in to the deeper currents of the river and no adult was aware that I had dissolved myself in the flow of the water.

And then I was pulled under the torrents of Rough River, and instead of bobbing up to fill my lungs with air and sun, I discovered that the river was rushing above my head. I tried to rise above the rapid flow, but each time that I tried, the river was in control. Something in my child mind told me that I was drowning. I was filled with the calm and profound awareness that my young life was coming to an end. And then I felt a gentle force lift the straps of my swimsuit and carry me at the speed of Light through the water and yet, I did not actually feel like I had moved at all. The Angel that held onto me by my swimming suit must have moved me because when I lifted my head (believing it would still be under water), I found that the current was now at my waist and I was on my knees on the sandy bottom of the river. There were no adults in the vicinity. I am confident that no human saw me nearly drown, or saved my life, on that day.

The next time that I was aware of Angels saving my life happened when I was 23. I was in the passenger seat of my roommate’s friend’s car. She was giving me a ride to the microbiology lab where I was working on my master’s degree. It was a warm and rainy Monday morning. The driver had her hands firmly on the steering wheel when it felt like a malevolent force took over the wheel and the gas pedal. Although she put her foot on the brake to slow the car down, the car was increasing in speed and now heading straight into the oncoming traffic.

The same serene feeling that death was imminent filled my body, just like when I was a child in the river. I remember feeling incredibly peaceful and calm, almost happy at the sense of the impending release from the pressures of graduate school. And then, a different force entered the car. Something or someone invisible took over the wheel and speed of the vehicle. The car was guided gently to the correct lane and then over to the shoulder and parked. My roommate’s friend was shaking and in complete shock at what had just happened. After we took some deep breaths, shed some tears and gave thanks for our lives, she started the engine and cautiously maneuvered the car back onto the road. I arrived safely at the lab, shaken to my core, and both confused and grateful that our lives had been spared.

I heard from this young woman the following day. She had taken her car to the mechanic. The mechanic reassured her that her vehicle was in perfect running condition, good tires and efficient brakes, completely inspected from top to bottom. She told me that she could not understand why she had lost control of the steering wheel. It was all incredibly strange and terrifying.

A year later, I received the sad news that my roommate’s friend had died in a car crash. Her mother was with her in the passenger seat. Her mother survived the accident without a scratch or bruise. I then realized that this young woman’s destiny was to experience a shorter stint here on Schoolroom Earth, while I was signed up to live, learn and teach for the long haul.

My third encounter with an Angel happened 25 years ago. I was 29 and working in a cell biology laboratory as a research technician. I was preparing a bone marrow sample when it seemed like the medical research lab vanished and I found myself in an ancient stone room looking up at Archangel Gabriel. Gabriel was radiant and glorious with his glorious robes and vast lovely wings of Light. This great Angel blew a silent trumpet that sounded like a full orchestra, deep within my inner ear, and then proceeded to give me the message that my life’s vocation was about to change. I was being called to help human beings rewrite the stories of their childhoods. Gabriel spoke to me and said that I was to assist humanity in remembering that we are God’s beloved Children and worthy of living our lives on Earth as we do in Heaven, a vibration and space where fear does not exist.

Although this third encounter may not appear to be “life saving,” it was certainly “live giving.” My life is so very blessed, every single day, to share the teachings and messages from the Archangels. I have no doubt that these kind, generous and gracious beings work like the hands of God, reaching out to us when we are in need of a divine intervention.

Have you had encounters with God’s all-loving helpers in Heaven? Has your life been assisted by these benevolent beings? I invite you to write to me and share your story. We can all use the positive reassurance that, yes, we are protected and cared for especially during these tumultuous days here on Earth.