Food as Medicine: 3 Types of Mushrooms That Boost Health

by Lavonne Leong: In the scientific world, fungi have their own kingdom. Welcome to it. 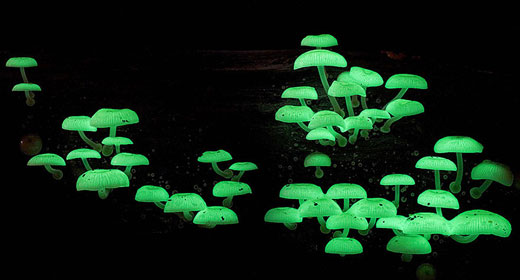 With their abundant nutritional and medicinal properties, mushrooms are now considered a superfood—and there’s no reason you shouldn’t add a variety of these nutritional superheroes to your plate.

Mushrooms are not a plant, and not an animal—but they are a fruit, or at least the “fruiting body,” of many kinds of fungi. Because they seem to grow in mysterious ways, and some of them can be poisonous, people through the ages have sometimes looked at them with suspicion—but bless the person who first discovered that many kinds of mushrooms were some of the most delicious health-boosters you can eat.

With their abundant nutritional and medicinal properties, mushrooms are now considered a superfood—and there’s no reason you shouldn’t add a variety of these nutritional superheroes to your plate. These three types of mushrooms are some of the most easily available, and the healthiest.

In the U.S., most mushrooms sold are the white button variety: the pale, fleshy mushroom sold in bulk at supermarkets everywhere. But did you know that brown-capped crimini, with a deeper flavor, are just a more mature version of the same species, raised a little differently—and that meaty Portobello mushrooms are Agaricus bisporous, all grown up? Together, they account for 90 percent of all mushrooms consumed in the U.S.

Just because these grocery store staples are common doesn’t mean they’re not powerful. Agaricus bisporous contain vitamins C, D, B, and several minerals important to health, including copper. They’ve also been shown, like many other mushrooms, to have strong antioxidant qualities, and to provide food for desirable gut bacteria.

In the kitchen, choose white buttons when you want a delicate flavor, criminis when you want a bit more umami, and portobellos when you’re looking for the steak of the vegetable world. One of the most delicious preparations, garlic mushrooms, is the most simple—or crank up the fancy all the way to vincisgrassi, a luxurious wild portobello, porcini, and procsciutto lasagna.

For popularity, these gorgeous, versatile mushrooms are the Asian equivalent of Agaricus bisporous—they’re the second most popular mushroom on earth. Shiitake, which grow on fallen wood, have long been known in China, Japan, Korea and, even Russia as both food and medicine.

You’d put them in a dish when you want to add a complex, savory flavor, and a hearty, meaty texture that doesn’t break down with cooking. Traditionally, you’d also reach for shiitake to help with overall energy, blood circulation, liver function, and respiratory function. Consuming shiitake has been said to help with colds and flus, and even to boost longevity.

Find shiitake mushrooms dried or fresh at specialty and health stores. Then try out this mushroom-rich vegetarian recipe for crispy and chewy sesame shiitake, inspired by the flavors of China, the first place in the world to cultivate them.

These tall, pale fungi get their leggy look from specialized growing conditions (in bottles, in the dark) that make cultivated enoki look very different from their golden-brown wild counterparts. Cultivated enokis’ delicate, unforgettable silhouette, mild flavor profile, and firm, almost crunchy texture make them popular with chefs everywhere as a graphic element in dishes from Scandinavia to Korea, but they’re most popular in East Asia, where they appear in soups, stews, and stir-fries.

Enoki mushrooms have been used in Japan as a remedy for high cholesterol and high blood pressure. More recently, research has suggested that enoki mushrooms also have potent cancer-fighting properties, containing the newly discovered compounds proflamin and flammulin.

Enoki mushrooms are widely available in urban areas and specialty stores. Try them in these two delicious vegan recipes: Chinese-inflected enoki mushrooms in garlic-scallion sauce, and a simple, warming Japanese enoki and shiitake mushroom soup, perfect for fall and winter.