How To Do A Headstand 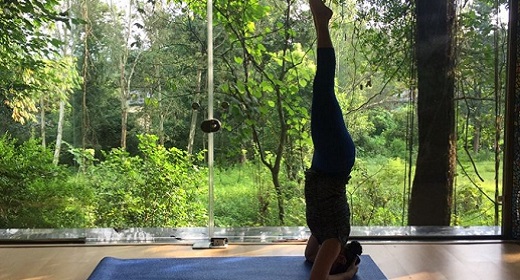 This is the head stand pose, one of the most important Yoga asanas in yoga teacher training in goa . It is the basic posture. It has several variations, which are described later as the Sirsasana cycle. Its mastery gives one balance and poise, both physically and mentally. The technique of doing it is given· at length in two parts; the first is for beginners, the second for those who can remain balanced in the pose. Attention is speedily directed to the hints on Sirsasana given after the two techniques.

HEADSTAND TECHNIQUE FOR THOSE WHO CAN BALANCE RIGHT

2 -After securing the head position, stretch the legs straight by raising the knees from the floor. Move the toes nearer to the head and try to press the heels to the floor, keeping the         back erect.

(Urdhva) = up, dand = a staff) Stay in this position for 10 seconds with normal breathing.