by Jillian Hessel: You may be wondering: If Pilates and Yoga are both considered mind/body disciplines, what are their similarities and differences? 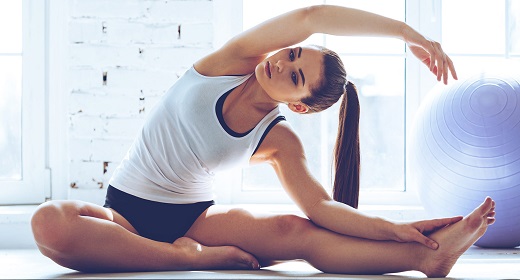 Let’s start out with the similarities, and then we’ll discuss the differences. 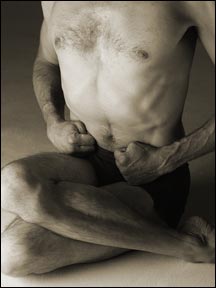 Both Pilates and Yoga use the breath to focus your mental concentration. For example, your instructor may ask you to inhale as you rotate your spine, and exhale as you return to center. The use of the breath in both disciplines yields dual results. Firstly, you are obligated to keep your mind innately focused on the present when you pay attention to your breath pattern. In this way, you are doing a form of active meditation when you do either Yoga or Pilates. Secondly, many of the breathing patterns in both forms of exercise are intended to actually enhance the execution of the movements.

Another similarity is that many of the exercise movements in Pilates (or “poses” as they are called in Yoga) look alike. This is because Joseph Pilates studied Yoga, as well as many other types of exercise, as he was developing his system. Mr. Pilates “borrowed” some of the best things about Yoga, but most of the similarities stop there.

So what about the differences? More importantly, how can you tell if you will like Pilates exercise if you already know you absolutely hate Yoga? To start with, Yoga is not really considered by serious yogis to be a form of exercise. Rather, the poses are considered a preamble to center, calm, and prepare your body for concentrated sessions of seated meditation.

In contrast, Pilates was definitely developed as a logical system of exercises specifically designed to enhance and balance the physical, mental, and spiritual aspects of the human body. In other words, Pilates is not about sitting still or holding poses — Pilates is about movement! So, if one of the things you dislike about Yoga is the idea of twisting yourself up like a pretzel and holding the pose, don’t worry, because you won’t be asked to hold any position for long in your Pilates class.

Why are the breathing styles different? Primarily because Pilates is preparing you for active movement and emphasizes strong abdominal contractions on the exhale, which builds more support in your core muscles. Yoga is working to calm you down and center you for meditation, and there is not the same emphasis on core support. Since these breathing styles are so different, you are going to get a much harder abdominal workout from Pilates than from Yoga, and Pilates will be more energizing and invigorating, while Yoga will calm you down.

Once you understand the similarities and very real differences between these two disciplines, it is easier to understand that Yoga and Pilates are complementary to one another. This should enable you to choose which workout is right for you, depending upon your goals and individual needs.