Should The Phrase “Recreational Marijuana” Be Retired?

Beyond the argument of “marijuana” vs. “cannabis,” some advocates have wondered whether the use of this plant can ever be considered “recreational”… 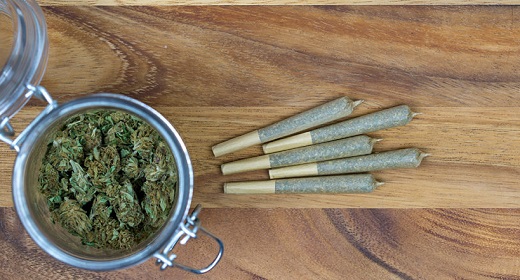 Lively debates in the cannabis industry have been prominent since the inception of legalization. One of the more widespread arguments is about whether or not the industry and culture should use the word marijuana in marketing materials, branding, and social media. As that conversation unfolds many industry veterans are asking themselves, “what about the term ‘recreational’?”. Should we be applying that adjective to the plant at all? In this article let’s explore the deeper meaning of these words separately, then together, and decide for ourselves.

The term marijuana originates from Mexican Spanish and has been previously spelled “marihuana” and “mariguana.” Some etymologists derived that the term could originate from Chinese “ma ren hua” (麻仁花) which translates to “hemp seed flower.” Others suggest that perhaps the Spanish word for marjoram (oregano), “mejorana,” could be the origin. Early texts also refer to the plant as “mariguan,” “marihuma,” “marihuano,” and “marahuana.”

Where Did the Stigma Come In?

These are the origins, but when did the word become stigmatized? In an interview for NPR, historian and writer Isaac Campos stated that the word was first seen when English-language articles from Mexico started bein published in the states. Even after that, the word didn’t become commonly used in the United States until the 1930s in debates on the use of the drug.

Another tidbit Campos shares in this book, “Home Grown: Marijuana and Mexico’s War on Drugs”, is that cannabis was demonized far before US prohibition was set in place. In the Southernmost North American country, cannabis was often associated with lower-class Mexicans like prisoners or soldiers.

The word marijuana took on a negative context in the United States in a different way. In 1937, US Narcotics Commissioner Henry Anslinger testified before Congress in the hearings that would lead to federal prohibition. His testimony included a racist letter from a small town editor which blamed their Spanish-speaking citizens for the introduction of cannabis to their community. Around this same time, Anslinger began playing to white Protestant voters by campaigning against people of color using the cannabis plant as a tool to demonize them.

In speeches and testimonies during this time, he played to white fear, spreading false claims and terrible stories about cannabis effects. He would tell large crowds about an act of immense violence committed by a Black, Latinx, or Hindu persons while they were under the influence of marijuana, spreading falsities about these communities and the plant simultaneously. It is this racist re-appropriation from Anslinger that has caused some to call for a full renunciation of the word.

So… Should We Say Marijuana?

In his book “Home Grown: Marijuana and the Origins of Mexico’s War on Drugs” Campos states very plainly that erasing the word marijuana from the lexicon equates to erasing a Mexican contribution from cannabis culture. Just because Anslinger attempted to use the word and it’s Latinx origin to push a racist agenda doesn’t mean that the culture should renounce it altogether. Marijuana is a word that originates in Mexican culture and as such, it was a contribution of Mexican immigrants to the cannabis culture in the states. Despite the history, the word should remain safe to use.

State by state, year by year, cannabis prohibition in the United States is being lifted. With this, each state and county are implementing their own laws and regulations to manage their legal cannabis industries. In these laws, the verbiage that is used will become canon in that state’s marijuana culture and industry. Over time, the separation between medical legality and full legalization has split states into two categories, a split that requires semantic differentiation. In this situation, some states are opting for using the term “recreational” cannabis while others are going with “adult-use.”

When a state does fully legalize cannabis, often times the medical program that already exists in the state is swallowed by the regulatory body managing the new cannabis industry. With this shift, many patients lose their trusted dispensary providers, end up having to find new products that work for them, and often pay much more for already un-insured prescriptions due to the business’s newly implemented licensing fees.

Many business owners and budtenders who have shifted from medical cannabis dispensaries to state-legalized dispensaries have seen this happen, and some believe that a simple change of semantics could change this disappointing tide. Using the term recreational cannabis stabilizes many stigmas already associated with cannabis users, but it also excludes these patients from the industry.

In response, some states have opted for using the term “adult-use” rather than “recreational.” The phrase “adult-use” includes both those who are interested in smoking a joint to get the giggles with friends and patients who find relief from chronic pain or other ailments by using cannabis products.

Dissecting modern language and understanding not only where a word comes from but also the impact that it can have on society is imperative. This method of self-reflection, at least in the cannabis industry, allows us to build a blossoming national industry on a foundation of respect and empathy. Collectively understanding that the word marijuana was used negatively in the past is important, but removing it from our lexicon is not inclusive. Similarly, using terms like recreational for a state’s entire cannabis industry is not inclusive of patients. When deciding which words to use, going with the most inclusive rarely steers people wrong.