by Laurie Mazur: As human numbers approach 7 billion, the question is, “Where do we go from here?” 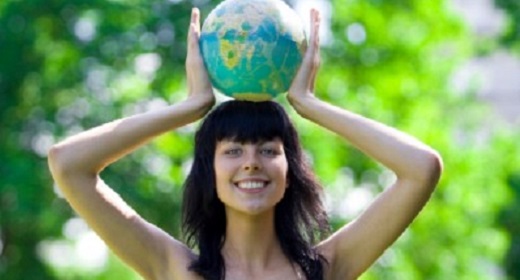 Now, I don’t believe there is an optimal size for the human population; greater equity and more efficient use of resources would greatly extend the planet’s “carrying capacity.” Yet, when you consider the resource challenges of the 21st century, 8 billion certainly looks more sustainable than 16 billion.

Take water, for example. While there is no global shortage of water, a growing number of regions are chronically parched. And many of those regions are also where population is growing most rapidly. In the world’s most “water poor” countries, population is expected to double by 2050. Slower growth is not a panacea for the world’s water problems, but it could ease pressure on scarce resources and buy time to craft solutions.

The good news is that we know how to slow population growth. Over the last half century, we’ve learned that the best way to slow growth is not through coercive “population control,” but by ensuring that all people are able to make real choices about childbearing.

Women’s rights are key. Fertility rates remain high where women’s status is low. Fewer than one-fifth of the world’s countries will account for nearly all of the world’s population growth this century. Not coincidentally, those countries — the least developed nations in sub-Saharan Africa, south Asia, and elsewhere — are also where girls are less likely to attend school, where child marriage is common, and where women lack basic rights.

That can change. Nations can raise women’s status by educating girls, by enforcing laws that prohibit child marriage, and by improving women’s access to credit, land, training, and jobs. Where women enjoy these fundamental rights, smaller (and healthier) families become the norm.

At the same time, women need the means to make choices: family planning and other reproductive health services. Around the world, some 215 million want to avoid pregnancy, but aren’t using effective methods of contraception. Fulfilling that “unmet need” for family planning would require an additional $3.6 billion [PDF] annually; the U.S. share of the cost (based on a formula developed by the U.N. Population Fund) is about $1 billion [PDF].

And the potential benefits are huge: Improved access to family planning could prevent 53 million unintended pregnancies, 150,000 maternal deaths, and 25 million abortions each year.

Women’s rights and reproductive health are vitally important in their own right, as a matter of public health and social justice. They can also help slow population growth and help ensure a sustainable future.