Yogi Bhajan Lecture: The Guidance Of The Higher Self

by Yogi Bhajan: Just sit down. Because you are practitioners of meditation, close your eyes and just listen to these words meditatively rather than opening your eyes… 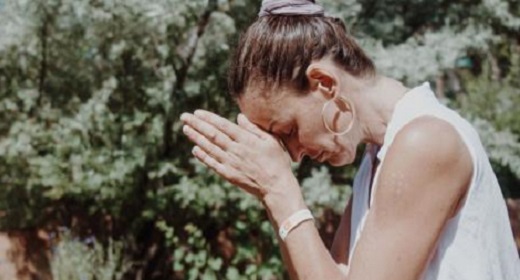 Try to concentrate at the central nervous system and resound the word in the parasympathetic higher consciousness.

It is the privilege of the man to be guided to his higher consciousness, and for that reason we are born on this Earth.

It is true that man has tried to become technically superior to the surroundings and he has tried to control the ecology of the Universe, but it is the privilege of the few guided ones under the guidance of the higher self, that they relate to the entire inner being-ness.

Those who can control their emotions and subject their emotions through the divinity within are not only happy, but they remain happy amidst the world around them. But you must remember that all cannot do that. As a human it is your part and privilege to be a guide light for the truth you have learned and for the privilege which has been bestowed on you of being selfless. It is that divinity of God consciousness which is in you which carries you through the state of truth.

Many people today do not understand it because they are too much taken away by the beauty of Maya. When the soul is released on this Earth it comes into an existence of it’s ego. It starts finding the guide to introduce itself. Looking around the surroundings which are so beautiful and so vast, which gives us the glimpse of the nature of the creativity of God, it looks very amazing and one gets lost. He thinks he has to create his security. He loses track of the security of God. He loses track to be guided into higher consciousness. In that lost state of consciousness, everybody in his own selfishness tries to escape.

Some are blessed ones who take advantage of the privilege to be guided into the higher realms of mind by taking a guided tour. They complete the journey in a very short time. They maintain the security of the self in the consciousness of conscious people. When such things happen, it’s the very blessed and happy moment of life to live on this Earth.

In reality this is the privilege of everyone so born, but many of us are eaten up by the self-insecurity and greed. Those few who can see the light of God guide themselves unto Him. That’s why we always meditate on the Nam.

Meditation on Nam is basic and simple and it is the feet of the soul. It won’t allow the soul to dry up. It will let the flow of the nectar of God consciousness be in every core of your body. Whosoever under any circumstances through any way and path, through any privilege bestowed on him, through any guideline of any place and time, gets to practice Nam.

The practice of the Nam always keeps you away from the state of mind which is called orphan mind—mind which has no guide, no guidance. It’s a very painful state in spite of the fact that you may have millions and millions of dollars and situations created for security; still the pain is tremendous because the orphan soul cries and cries in pain.

But once you guide it, chanting the infinite truth and relating to the God consciousness within you, it settles you down for that state of mind to which you belong. This world today with all this fastness around us needs such a privilege for each one of us to go to.

This truthfulness of self-recognition, or God-ness, in us keeps us away from the evil acts, because the subconscious is tuned and guided in the very best of the inner self. The Word gets so deep in the subconscious mind that all actions are automatically guided in the light of God consciousness, and the person is always happy and enjoying his life. Every moment of our life becomes great and in God consciousness.

These are the words for those who are born to understand the path of God. Those paths are not many. It is for those who want to just be grateful for the life given to them. And as a gratitude they give their whole life to that Creator God as a meditation.

Dive deep into the oneness of yourself and that of the Nam.