by Sayer Ji: While pomegranate enjoys high standing as far as its culinary status… 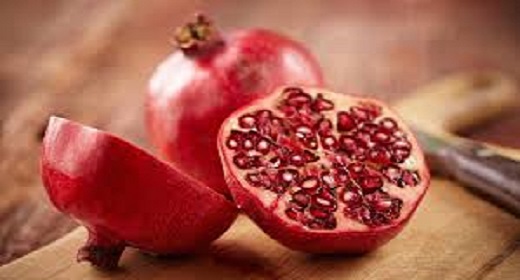 too few folks realize how wide a wide range of health benefits this ‘super food’ actually possesses, with a staggering 100+ of them identified so far through Greenmedinfo.com’s research indexing project. View the open access archive of study abstracts here: pomegranate research database.

Consider what a physician would think if he could find a drug that instead of possessing 100 side effects (which is sadly typical for pharmaceutical agents) had 100 side benefits?

This mythical ‘poly-pill,’ capable of hitting many of the root causes of disease and sometimes ameliorating them, exists, but its not an expensive, highly toxic and hard to obtain ‘drug.’ It’s a delicious plant berry — technically the plant’s fruiting ovaries — that springs naturally from the pomegranate bush. And if you are fans of our work here at Greenmedinfo.com, you already know there are dozens of other amazing, evidence-vetted ‘healing foods’ out there, including turmeric,sesame, black seed, ginger, apple, garlic, pineapple, and so many others!

Doctors really shouldn’t be so surprised by this information. ‘Food is medicine,’ after all, is not some ‘New Age’ concept, but was a core teaching of Hippocrates, widely believed to be the founder of the Western medical model, well over 2,000 years ago. If you are lucky enough to find one that understands these concepts, don’t let go of them; they’ve passed the most important test – whether they or their ‘highly trained minds’ work for Big Pharma or the real core mission of the art and science of medicine, which is to aid the human body in healing itself.

The research indexed on Greenmedinfo.com covers the whole gamut of pomegranate’s potent medicinal properties: from fighting serious viral and bacterial infections to reducing oxidative stress, from inducing programmed cell death in a variety of cancer cells to protecting the skin from photo-aging.

Especially noteworthy are pomegranate’s ability to support the mammalian ovary as a natural form of ‘hormone replacement therapy,’ especially as it ages, and its ability to reverse plaque build-up in the arteries (atherosclerosis) – a condition which underlies the #1 cause of death in the developed world: heart disease.

Suffice it to say, there is nothing ordinary about pomegranate’s healing properties. In fact, we should come to expect from it the unexpected, as an ever-increasing body of science continues to find new health applications for this ancient healing remedy, and new ways to explain mechanistically how it is capable of alleviating human suffering as one of the world’s hottest, most cutting edge ‘food-medicines.’

A new study has found that pomegranate may make for an ideal functional food for diabetics, and may contain key compounds which could be developed into anti-diabetic agents likely with a far higher safety and efficacy profile than many of today’s blockbuster diabetes drugs, which havedeadly side effects.

The new study was published in the journal Nutrition Research and is the first of its kind to clinically validate the health benefits of pomegranate for type 2 diabetics; a category of patients, mind you, who have been made to reflexively shun ‘sugar rich’ foods, including fruits, for decades — thanks to the misguided advice of health professionals who didn’t know better, then, but should probably know better now.

While pomegranate is rich in carbohydrate (arguably the #1 dietary enemy of high blood sugar), and predominantly with the fruit sugar fructose, it is like most whole fruits – packed with antioxidants, fiber, and the nutritional ‘checks and balances’ – that keep the sugar per se from doing harm. In fact, according to the new study, the pomegranate and the fresh pressed juice of its seeds, significantly benefits type 2 diabetics.

In the new study, just one dose of pomegranate juice administered to a group of mixed sex and age type 2 diabetics who had fasted for 12 hours resulted only 3 hours later in decreased insulin resistance, decreased fasting blood glucose, and an enhancement of β-cell function, the critical cells in the pancreas required to produce insulin, in the majority of them (~79%). The benefits decreased both with higher age and those who pre-intervention had the highest fasting blood sugar.

The study methodology and results were summarized as follows:

The study concluded: “[T]his work offers some encouragement for type 2 diabetes patients regarding pomegranate consumption as an additional contribution to control glucose levels.”

These results dispel a prevailing myth regarding the belief that fruits and their ‘sugar’ – fructose —always represent a threat to the health of diabetics and that foods comprised largely of carbohydrates and are not sweet to the taste – e.g. bread, pasta, cereal – are safer, if not sometimes claimed to be beneficial. As in literature, a text without a context is a pretext. The same can be said for isolated ‘nutrients.’ Take them out of their context as ‘whole food’ and they behave more like chemicals. Fructose in insolated form shouldn’t even be called ‘fruit sugar.’ Indeed, so much of it is produced from GMO corn (e.g. high fructose corn syrup (HFCS)), that indeed, it is isn’t from fruit at all. The science clearly shows that isolated fructose is highly toxic, extremely addictive, and capable of inducing diabetes (diabetogenic). However, when complexed in whole food form, bound up with fiber, antioxidants, and hundreds of other naturally occurring biomolecules, real ‘fruit sugar’ does not exhibit the type of toxicity associated with the isolated or semi-synthetic fructose (e.g. (we have indexed 80 distinct adverse effects of fructose so far!)

Second, while a carbohydrate rich food, such as toast or puffed rice, is not sweet to the taste (or, not nearly as sweet as ‘sugar), only minutes following ingestion, it can make your blood far sweeter than an equivalent carbohydrate load from fruit, and even isolated sugar.  Due to the perspectives opened up by the glycemic index, the insulin index, and the glycemic load, it is no longer sufficient to simply count carbs by weight or caloric content in order determine its varied physiological effects post-consumption.  For this reason I like to call non-sweet, grain-derived carbohydrates: “hidden sugar, crouching diabetes.”

Last year, in an article titled, “Fruit Restriction Advice for Type 2 Diabetics Proven WRONG,” we reported on a recent study that found that type 2 diabetics saw no benefit from avoiding fruits; to the contrary, “those who ate more fruit had slightly more weight loss and lower ending waist circumference than those who ate less fruit.”

Of course, this finding does prove in and of itself that fruit possesses ‘diabetes neutral’ or anti-diabetic properties, as these observations could be due to the confounding variable that diabetics who satisfy a sweet tooth with fruit may be less inclined to reach for a bagel or grain-based snack instead, the latter of which has virtually no anti-oxidant activity when compared to fruits in their whole, non-pasteurized and presumably organic forms. Diabetics, after all, do not suffer morbidity and mortality directly from elevated blood sugar, rather, from the secondary complications associated with oxidized excess blood sugar and all the downstream adverse effects this process associated with glycation and subsequent production of highly toxic advanced glycation end-products (AGEs), which can do mortal harm to the body by damaging proteins, lipids and sugar-based structures on the surface of our cells. This is why the measurement of glycated hemoglobin (A1C) is so much more indicative of a diabetics’ true state of health than the one-dimensional snap shot offered by blood sugar tests.

Because most fruits, especially non-hybridized ‘wilder’ varieties, when not processed, cooked, or produced with pesticides and non-organic farming practices (which have been found to reduce the potent polyphenols found naturally in organically grown produce), have profound antioxidant activity, they may directly contribute to helping mitigate one of the primary problems associated with diabetes: high levels of oxidative stress and associated inflammation.

The study also identified several other potential mechanisms for pomegranate’s anti-diabetic properties which include:

Ultimately, science can only give us a glimpse at the mechanisms involved in any natural substances ability to stimulate healing within the human body. The mechanistic explanations will only go as far in making things intelligible within the framework of our understanding of the body as a ‘biomachine.’ Yet, this is only one ‘integument in the onion’ of our body/soul/spirit.  Ultimately, experiencing healing, nourishment and the sensation of ‘it working’ is a form of knowing that has greater value than the science itself will ever convey. And have you tasted a pomegranate lately? The direct experience of it will speak volumes to what it is actually doing for you.