Facts About Lucid Dreaming & Tips For Inducing One

by Arjun Walia: Lucid Dreaming is a state of dreaming where you can control your dreams, and sort of create as you go… 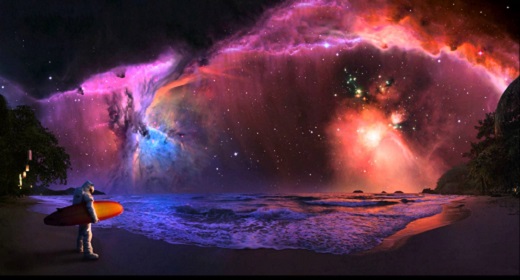 It is a fascinating topic, and has long been spoken of in the realms of philosophy. But in recent years as scientific technology has developed, studies have allowed humanity to view what’s happening in the brain while a lucid dream is occurring. Now, this doesn’t mean that activity in the brain is responsible for lucid dreaming, although it’s not uncommon for conventional scientists to view activity in the brain as the cause of an individual’s experience, rather than a consequence of it. But indeed, there is evidence that our emotional states that are caused by something else can trigger different areas and activity generation in the brain.

It boils down to the question of consciousness, and whether or not it’s something that comes from our physical brain, or if consciousness exists as a separate entity outside of the brain. Based on quantum physics, neuroscience, and especially declassified and emerging studies within non-material science and parapsychology, I believe that there should be no question that what we call consciousness originates and exists as something separate from physical reality. It’s time to acknowledge the existence of non-material reality.

Researchers from the University of Wisconsin-Madison and the Lucidity Institute investigated how chemicals known as acetylcholinesterase inhibitors (AChEIs) could induce or help promote lucid dreaming. The new method used in the study, according to psychologist Denhold Aspy from the University of Adelaide in Australia, one of the researchers, helped them “to be able to properly do research on lucid dreaming,” he told  New Scientist.

Lucid dreaming is a remarkable state of consciousness in which one is aware of the fact that one is dreaming while continuing to dream. Based on the strong relationship between physiological activation during rapid eye-movement sleep and lucid dreaming, our pilot research investigated whether enhancing cortical activation via acetylcholinesterease inhibition (AChEI) would increase the frequency of lucid dreams and found AChEI to be a promising method for lucid dream induction. (study)

They point out how a neurotransmitter called acetylcholine could help modulate REM sleep, and this group of chemicals (AChEls), could help by releasing a certain enzyme that in turn activates this neurotransmitter. They noted that a common drug used to treat Alzheimer’s disease, galantamine (an AChEI) could be used to induce lucid dreaming, and it worked.

These results show that galantamine increases the frequency of lucid dreams in a dose-related manner. Furthermore, the integrated method of taking galantamine in the last third of the night with at least 30 minutes of sleep interruption and with an appropriately focused mental set is one of the most effective methods for inducing lucid dreams available today.

Participants took higher doses of the drug each night, but when combined with cognitive therapy (a more natural way to induce lucid dreaming), things really started to speed up. But the study shows how increased dosage of the drug every night, combined with the steps, really did something. When the dosage was increased to 8 mg from 4 mg, lucid dreaming rose from 27 to 42 percent.

In addition to helping people enjoy fantastic dreams where they can help control what happens, the research could also help explain the links between lucid dreams and consciousness, and help people to confront their fears and process trauma while safely asleep.

A  study conducted in 2009 at the Neurological Laboratory in Frankfurt shows how lucid dreamers produce the fastest brainwave frequencies ever recorded, gamma brainwaves that operate at 40Hz +(source).  This suggests that lucid dreamers are more self-aware, and are more conscious in this state than compared to a normal state of wakefulness. We don’t operate anywhere near that frequency (with regards to brain waves) when in our normal wakeful state, and we operate at even lower frequencies during other sleep states.

Some researchers suggest that the existence of gamma brainwaves indicates a totally conscious experience, so the experience of being awake within a dream is a very real phenomenon. This begs the question, which state is actually real? Could what we perceive as being fully aware and awake be the real dream? Or are these just different aspects of reality that we are jumping to and from?

Questioning The Need For Drugs

Not to be forgotten is the fact that potentially harmful drugs were used in this study. Although they are said to have minimal side effects, prescription drugs kill many people all over the world every single year, and they are not needed as much as we are made to believe they are. There are many other methods available, but the medical industry is a separate topic in itself.

When it comes to Lucid Dreaming, the cognitive method has given many people tremendous success. This includes getting a good night’s sleep, and being able to record every single dream you have in a dream journal. You need to practice how to remember your dreams to start off with. Before you go to bed, do some affirmations to yourself. Tell yourself that you are going to have a lucid dream, and ask yourself throughout the day, “am I dreaming?” Visualize your dreams. Here is a list of 6 essential things you could try doing.

For scientific purposes, this study is interesting and could certainly help advance knowledge in the field:

As one of the challenges for conducting scientific research on lucid dreaming is its relative infrequency, making the state more accessible would increase the efficiency of the collection of larger datasets, which would greatly facilitate research in this field. (study)

But while this particular study was done under controlled conditions by people who knew what they were doing, it’s still important to mention that other natural methods like the ones mentioned above are giving a lot of people success.