This Israeli-made electric plane will reduce operating costs by up to 70 percent, bringing the price down to $200 per flight hour versus $1,000 for a turboprop… 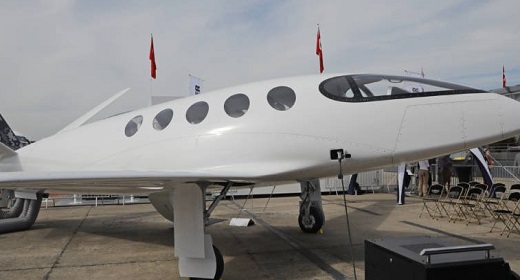 Alice hasn’t even taken off yet, and already over 150 orders have been placed for her.

Alice is the name given to the all-electric nine-seat aircraft that Israel startup Eviation Aircraft created early this year. Alice has three electric motors on its tail and one on the tip of each wing. On a single charge, Alice’s 3,500 kg battery can carry her 650 miles at 10,000 feet with a cruising speed of 276 miles per hour.

The electric plane will reduce direct operating costs by up to 70 percent, which would make the running costs come out to be about $200 per flight hour versus $1,000 for a turboprop, reports NoCamels.

“The belief that flying is expensive and ineffective for short distances is going to change dramatically,” said Yaara Dror, vice president at Eviation Aircraft, in an interview with the Israeli tech news outlet.

Cape Air, a Massachusetts-headquartered regional airline that operates in 35 cities, will be first in line to receive these revolutionary planes.

“Cape Air is far beyond the ‘first customer’ status. We see them as partners, both in their characterization and absorption in the operation of our first aircraft,” said Dror.

The company is also in talks with major airlines, such as United, Continental and JetBlue, the report says.

Alice made her debut during this year’s 53rd Annual Paris Air Show.

“Operating at a fraction of the costs of conventional jetliners, our Alice will redefine how people travel regionally and usher in a new era of flying that is quieter, cleaner and cost-effective,” said Eviation CEO Omer Bar-Yoha at a press conference at the event.

“We are humbled to recognize this debut as more than an unveiling — a historic milestone within the aviation industry,” he said. “With the introduction of Alice, we welcome an all-new breed of airplanes for the first time in 50 years and it is only the beginning of a bright future for electric aviation and sustainable transportation,” he added.

Pending FAA approval, Israel’s revolutionary electric airplane will be crisscrossing the skies in 2022.