by Dr. Alberto Villoldo: Soul contracts are agreements that we enter into in order to survive a crisis… 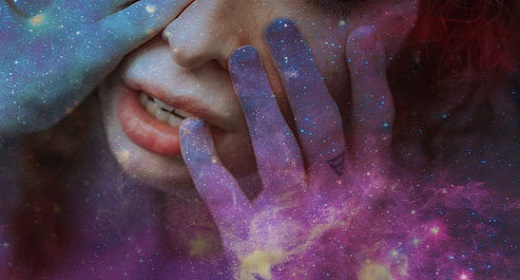 allowing us to cope with painful situations for which there are no apparent solutions. They’re the products of the “monkey brain,” which is willing to compromise everything for a sense of safety. Soul contracts may take the form of promises we make to ourselves (“make a lot of money so that everyone will respect me”) or to our parents (“do everything perfectly so that Daddy will love me”). Regardless of whom we make them with, they keep us repeating the hurts that we discovered in the Chamber of Wounds.

More often than not, these pledges are made silently and honored without discussion—or even consciousness—for many, many years. And although they may have worked well at the time of our wounding to create a sense of security in a world we deemed unsafe, they go on to become the source of our limiting beliefs about abundance, intimacy, love, and success. In other words, a single soul contract will spawn dozens of limiting beliefs.

Although it’s often difficult to see the effects of our own soul agreements, we can readily see them in those around us—the unhappy, driven young man dominated by his father who pushes him to excel in sports, or the awkward young actress with the controlling stage mother who wants her daughter to be a star, are both living out a promise to please a parent at the expense of their own calling.

You may be wondering why we agree to such damaging contracts. We look to the Judeo-Christian myth of the Creation for clues. Adam and Eve are cast out of Eden after they eat the forbidden fruit, and from that moment on, their soul contract condemned them to an arduous life that kept Eve submissive to her husband and bound Adam to a life of earning his bread “from the sweat of his brow.” Adam, Eve, and all of their offspring (humankind) were then bound by this agreement to live in exile from Eden, not perceiving the beauty of the world or experiencing the abundance of the garden we live in on Earth. So, their fate was sealed by a contract that affects all of us who have internalized this story.

Imagine how different this contract could have been if Adam and Eve had taken a moment to negotiate a better deal with God. Negotiate with God? Impossible! Instead, the first humans walked out of the Garden of Eden in shame, covering their nakedness because it was the best they could manage to come up with.

This is the case with all soul contracts: They’re the best we can do at the time because we feel powerless, trapped in a shameful situation that seems nonnegotiable. It’s time to explore the obligations we entered into at the time of our wounding. We need to find out what they say, what terms we’ve been bound to, and what price we’ve had to pay for the sense of safety that they provided. Know that there will still be a soul contract when we’re finished, but it will be one that we can live with creatively and powerfully, which will allow our healed self to find us within the next chamber.

Poorly written soul contracts stunt our development. At the time that they’re made, we can’t gauge the impact they might have on us down the road because we’re so consumed by the urgency of the present. We never imagine the cost will be so high; in fact, we’re rarely aware of the cost of our contracts until the price they extract becomes crippling. It may take years before we become conscious enough of our soul contracts to rewrite them. Real change can’t occur until we review our obligations and replace old, limiting beliefs with new ones, which allow us to live more meaningfully.

Many religions recognize the need to renegotiate soul contracts. Judaism has Yom Kippur, a holy day of atonement on which a person not only makes amends for the sins of the previous year, but is also able to release himself from obligations to God and himself that, after sincere effort, he cannot rightly fulfill. Christian absolution is also a renegotiation based on sincere effort, which goes something like this: “I confess that I have sinned. What can I do to renegotiate a contract of eternal damnation?” The penance then sets him on a renewed course that provides absolution.

The problem with religious forms of atonement is that they depend on forgiveness from an outer god or one of his representatives—but through journeying, we can renegotiate our soul contracts directly, and we don’t need to wait for a crisis to begin making changes.

When we change our soul contracts, many other aspects of our life will change as well, so we must let our children, spouses, bosses, and friends know who we’re becoming and how they can relate to and support this new, emerging person.