by Hannah Aylward: Yoga lingo can be intimidating to the beginner yogi: yoga seems like a whole new language at first… 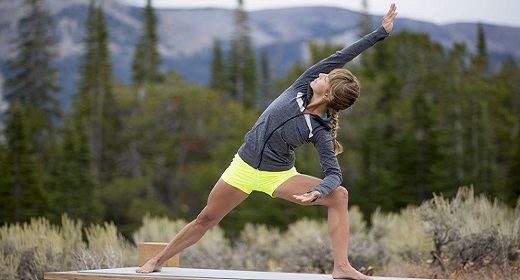 In a sense, it is. Many of the terms you’ll hear in yoga class come from Sanskrit, an ancient Indian language that is also the language of Hindu scriptures, and from which modern Indian languages are derived.

Don’t worry, you’ll pick up on the yoga lingo very quickly. Even though Sanskrit is often used, English terms are used simultaneously or just as often, especially in a class for beginners.

The structure of a yoga class, and the terms used in class, will vary depending on studio, class type, and teacher. Your class may have a “pose of the day”, physical area of focus, or a dedicated intention. Classes will include different movements, language, and breathing exercises, but they will all typically end in Savasana (don’t worry, we’ll break that down for you below!).

New to yoga and having trouble following along with the yoga lingo used in class? Here is a breakdown of some of the most commonly used yoga terms.

Asana is a Sanskrit term which is often translated as posture or pose. Asanas make up the physical practice of yoga.

Ashtanga is an intensely physical style of yoga founded in India by K. Pattabhi Jois. This style is typified by many vinyasas, dynamic movement of breath, and specific sequencing. An Ashtanga class can be intimidating for a beginner, but most poses are easily modified.

Drishti is a focused gaze meant to draw awareness, concentration, and intent to your yoga practice.

This might be the best-known yoga pose there is. The is the pose where your body is shaped like an inverted V. This will be the very first active pose of many yoga classes. 5. Chaturanga Dandasana/Four-Limbed Staff Pose 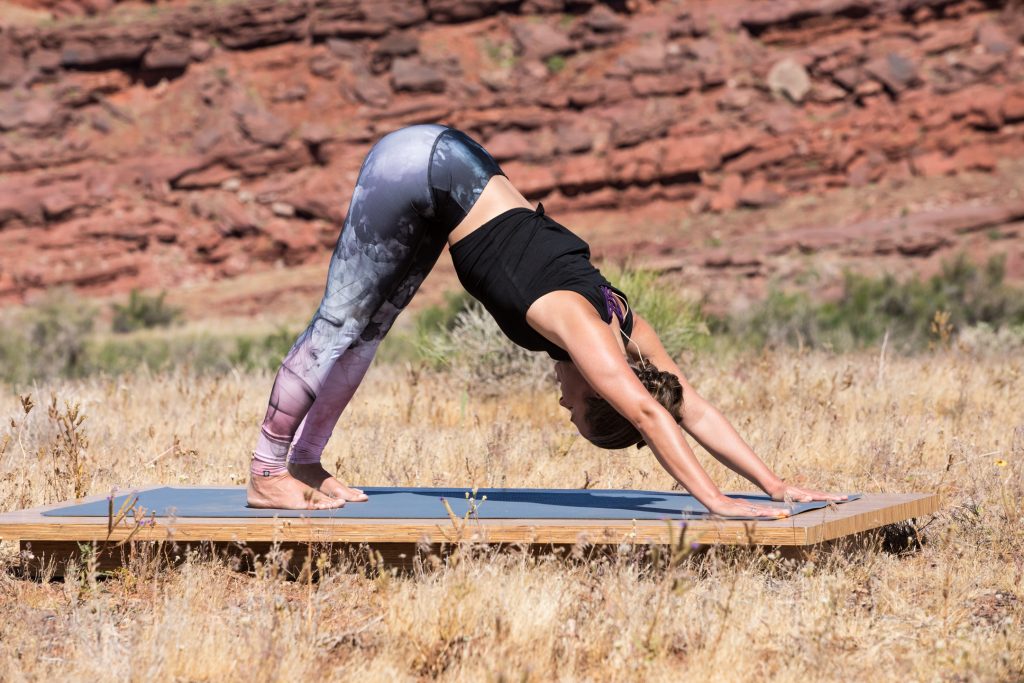 Chaturanga is a movement that begins in the high plank position. From there, you bend your elbows straight back, slowly lowering yourself toward the ground, but not all the way, into a low plank. This pose is typically used as a transition into upward facing dog, which involves dropping your hips toward the ground and pushing through your hands to raise your chest to the ceiling. Only your palms and the tops of your feet remain on the floor. Depending on the type of yoga class, you may hear this one a lot.

A repeated sound, syllable, word or phrase; often used in chanting and meditation.

A hand gesture; the most common mudras are anjali mudra (pressing palms together at the heart- free tutorial here) and gyana mudra (with the index finger and thumb touching)

We’ve all heard this one, right? This is a word used at the beginning and/or end of class which is most commonly translated as “the light within me bows to the light within you”; a salutation said with the hands in anjali mudra. 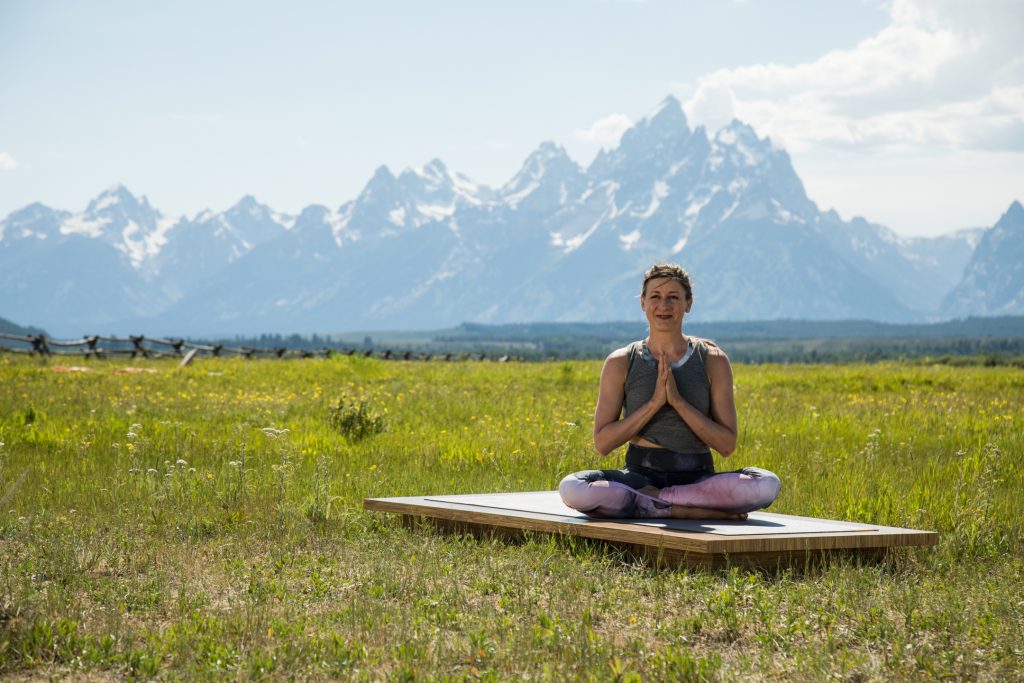 The original syllable; chanted “A-U-M” at the beginning and/or end of many yoga classes

Final relaxation; typically performed at the end of most yoga classes; also know as corpse pose. It involves simply lying on your back, with your legs and arms out long. This pose is arguably the most important pose of the entire class.

Sequences designed to warm up the entire body, using vinyasa to connect breath and movement. Sun salutation A starts and ends in tadasana, with half and full forward folds, plus a vinyasa. Sun salutation B is bookended by utkataskasana and adds two more vinyasas, plus warrior 1 pose. 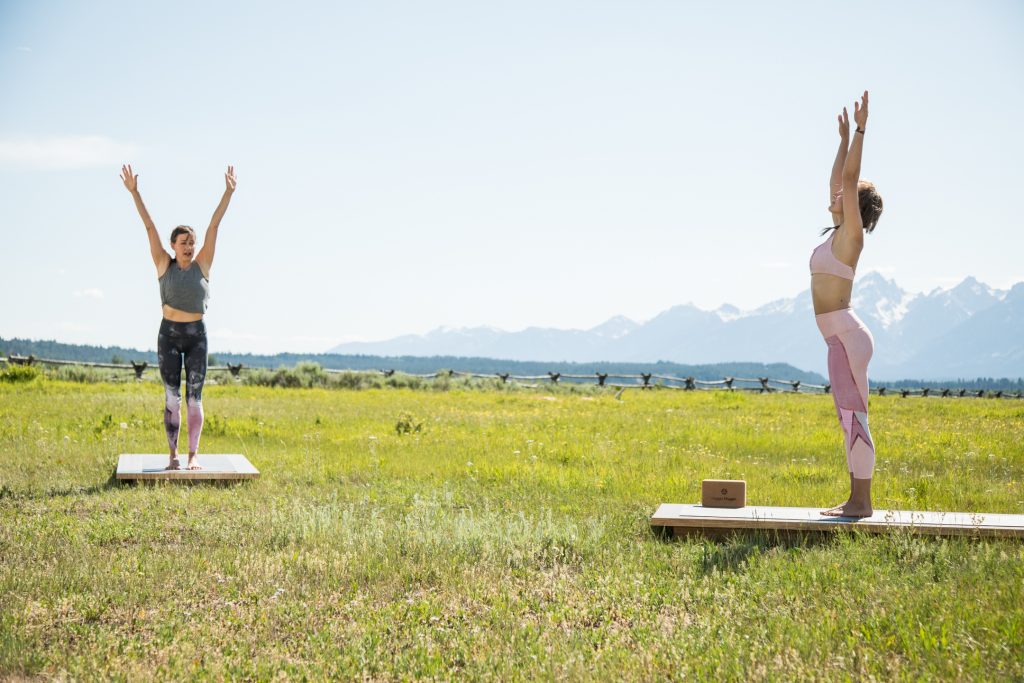 Tadasana, or mountain pose is the foundation of all standing asanas. While it may appear simple, tadasana is an active pose that aligns the body and lengthens the spine. To do it, stand at the top of your mat with your ankles directly under your inner hip bones. Balance your weight between the four corners of your feet. Draw your tailbone down as you lift your pubic bone toward your belly. Draw your shoulder blades down and back. Let your arms rest at your sides with palms facing forward. Feel the crown of your head align with the center of your pelvis, and align your chin so that it’s parallel to the mat.

Ujjayi means victorious or warrior breathing. The breath enters and exits through the nose, and is brushed across the back of the throat, creating a wave like sound.

Chair pose is the yoga pose that we all love to hate. Enter: thigh burn. This pose is part of the traditional sun salutation B, and a common standing pose. To practice chair pose, stand in Tadasana. Inhale and raise your arms perpendicular to the floor. Either keep the arms parallel, palms facing inward, or join the palms. Exhale and bend your knees, trying to take the thighs as nearly parallel to the floor as possible, as if you are sitting in a chair. The torso will lean slightly forward over the thighs. Keep the inner thighs parallel to each other and press the heads of the thigh bones down toward the heels. Take your tailbone down toward the floor and in toward your pubis to keep the lower back long.

Vinyasa translates as to place in a special way, referring to the sequencing of breath and movement in a yoga flow. In addition, the term vinyasa is used as a noun to describe a frequently used yoga transition, from plank to chaturanga, to upward facing dog, and finally downward dog.

To ‘yoke’ or ‘bind’ – often interpreted as ‘union’ (the union of breath, body and mind) 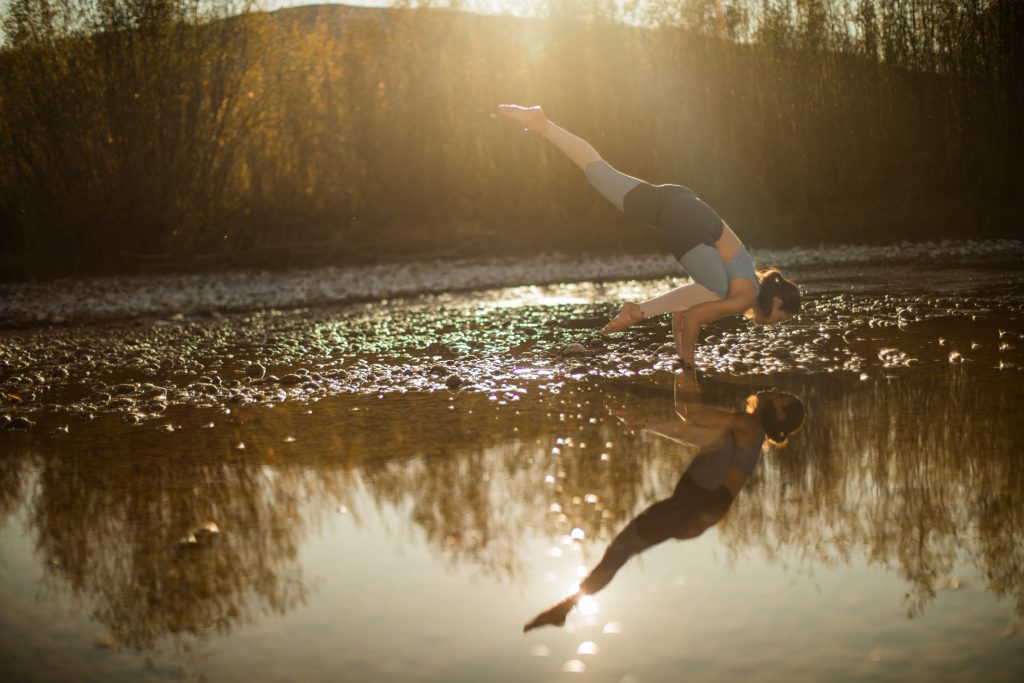 Review these common yoga terms and you’ll breeze through your beginner’s yoga class. Always remember, the breath is the most important part of yoga. When in doubt, return to your breath. Yoga is a time to connect, surrender, and release judgement (yes, even when you feel like you don’t know what you’re doing!).