Using Human Intention To Help Manifest The Physical World Into Being

by Richard Enos: The idea that we actually manifest the physical world into being in every moment based on our thoughts used to be the stuff of fairy tales for most people… 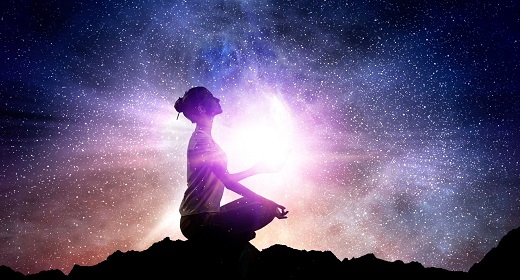 There was a sense that old sayings like ‘As ye think, so shall ye be,’ and ‘Everything is possible for him who believes,’ were considered to have some mysterious wisdom, but few really took them to be direct conditions of reality itself.

A little over a decade ago, however, many started to take the subject more seriously. The popularity of a movie and book entitled ‘The Secret,’ which brags 28+ million copies in print translated into 52 languages, was an important contributor to the popularization of the idea that we can manifest the things we want in our lives through the power of intention.

Has Our Belief Subsided?

I have observed over the past decade, at least in terms of the people and communities I am in contact with, that the belief and optimism in the power of intention has waned somewhat. While some people have gone forward and made the power of intention the centerpiece of their life’s activities, many who once tried to engage in such practices have since become disillusioned by the idea, a consequence of failed attempts, or have simply forgotten about it and returned their focus to strictly material processes to try and get what they want out of life.

Are you familiar with the idea? Have you made some attempts at manifesting through intention in the past, and have since shifted away from the practice? Let’s read on.

To manifesting through intention is first to overcome what seems to be a logical paradox; as we try to visualize what we want  (a new car, lover, etc.), we have to somehow ‘feel good’ about the whole matter, as though we are not actually lacking what we want. As The Secret feature speaker Joe Vitale says,

It’s really important that you feel good. Because this feeling good is what goes out as a signal into the universe and starts to attract more of itself to you. So the more you can feel good, the more you will attract the things that help you feel good and that will keep bringing you up higher and higher.

But how are we supposed to feel good about what we are lacking? Even those who have been highly successful at manifesting through intention have a devil of a time explaining how they are having positive feelings in relation to the exercise of bringing towards them something they don’t have enough of or don’t have any of.

In some writings on the subject, the ‘wanting’ of something as an intention does not bring to us the thing itself but only the continued ‘wanting’ of it. We are told that the proper mindset is to feel grateful for what we ‘want’, as though we already have it. But the fact is that we don’t have it! Otherwise we wouldn’t be asking for it. How do we get around this paradox?

The Real Secret: Become ‘Service To Others’

Those who are fundamentally ‘service to self’ see themselves as separate from the rest of humanity, they see the world’s resources as scarce, and they feel they have to compete with others to get what they want. In this state of fear, manifesting from intention becomes very difficult, because their fear of lack will always be more powerful than their ‘belief’ that they can get what they want.

Those who are fundamentally ‘service to others’ see all of humanity as connected, the world’s resources as unlimited, and in getting what they want they actually inspire others to get what they want. My favorite book on the subject, ‘The Science of Getting Rich,’ written in 1910 by Wallace D. Wattles, says it this way:

You are to become a creator, not a competitor; you are going to get what you want, but in such a way that when you get it every other man will have more than he has now.