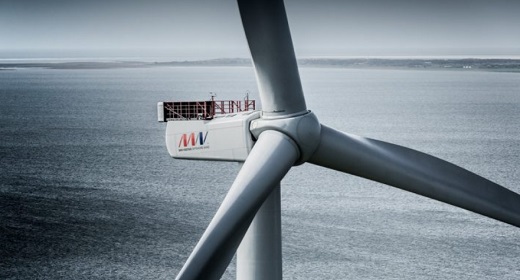 adding to a string of announcements in the New Year that include a pledge to be “carbon neutral” by 2030.

Vestas, already the world’s leading wind turbine manufacturer, having installed more than 108GW of wind energy –  enough to displace 167 million tonnes of annual CO2 emissions – says it will seek to ensure that its value chain generates no waste materials.

““Leading the wind industry is not enough to combat the global challenges we face today. Establishing such an ambitious goal for waste reduction is paramount to ensuring a better world for future generations,” said Vestas Executive Vice President of Vestas Power Solutions, Anders Vedel.

Vestas describes industrial waste as “a growing threat to environmental ecosystems and to global health” with an estimated 11.2 billion tonnes of solid waste collected every year.

This, in turn, poses a serious risk to resource depletion, air pollution, as well as water and soil contamination. Further, according to the United Nations Environment Programme, solid waste is estimated to contribute to 5% of global greenhouse gas emissions.

Research conducted by the University of Cambridge has found that waste generated from turbine blades alone is estimated to be around 43 million tonnes accumulated by 2050.

Vestas says its wind turbines are already 85% recyclable, but will now focus on wind turbine blades which  are currently made of non-recyclable composite materials. Vestas will introduce incremental targets – building from 44% recyclability of its blades as of today to 50% by 2025 and 55% by 2030.

Earlier this month, Vestas said will reduce its global carbon footprint through a 55% CO2 reduction by 2025 and scaling up to 100% by 2030. Further, Vestas has committed to not use carbon offsets, and will instead deliver its CO2 reductions through its own actions.

The first step on their road to carbon neutrality is set to take place later this year, when the company transitions to electric vehicles for its company cars and replace its global service vehicle fleet with renewable-fuelled vehicles. Its offices and factories have all been powered by 100% renewable electricity since 2013.