Virgin Rainbow “The Most Beautiful Opal In The World”

by Michael Dulaney: One of the world’s rarest and most expensive opals… 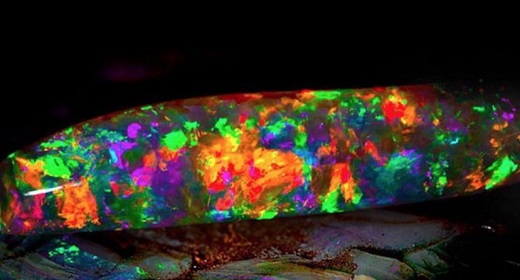 How the excavation of a disused mineshaft lead to the discovery of the million-dollar Virgin Rainbow, the “most spectacular piece of opal ever unearthed”.

John Dunstan has been mining for opals out in the desert soil of Coober Pedy for nearly 50 years, but he has never found a gemstone better than the one he uncovered in 2003.

The Virgin Rainbow, as it’s now known, goes on display at the South Australian Museum in Adelaide as the centrepiece of an exhibition created to celebrate this year’s centenary of opal mining in Australia.

It is said to glow with an internal fire, catching the available light and sending it back in a brilliant rainbow.

The Belemnite “pipe” – an opal formed over millions of years in the skeleton of an extinct ancestor of the modern cuttlefish – was dislodged while John was digging into the workings of an old mineshaft with an excavator.

But he said it took a while for the gem’s beauty to reveal itself among the rubble.

“It showed this beautiful colour on the tip, but it was still in this hard lump of sandstone,” John explained.

“So we cleaned it off and we could see it was a nice piece, but we didn’t know if it was solid, because a lot of time they’ve got sand in them or intrusions.

“There was a thick skin on it, like a rusty band around it, so we cleaned that off, and every time we touched it some more colour would come out. It was a true gemstone.”

John said it wasn’t until he took the opal home and began working it over and cleaning it with a grinding wheel that its true significance hit home.

“You’ll never see another piece like that one, it’s so special.

“That opal actually glows in the dark – the darker the light, the more colour comes out of it, it’s unbelievable.

“I’ve done a lot of cutting and polishing [of opals], I’ve been doing it for 50 years, but when you compare it to the other pieces that claim to be the best ever, this one just killed it.”

The Virgin Rainbow was first put up for auction, but John said none of the bids received matched what he expected for such a precious stone now valued at more than $1 million.

He said the eventual offer from the South Australian Museum was ultimately the best option, as it would keep the opal in Australia.

As part of the museum’s exhibition next month, the Virgin Rainbow will join a collection of opalised fossils from the inland sea which once covered outback South Australia, including the skeleton of a 6m long Addyman Plesiosaur.

Coober Pedy District Council tourism officer Duncan McLaren said there are hopes the exhibition will drive tourism to the remote South Australian town, perhaps with some of the visitors looking to find the next Virgin Rainbow.

“It would be a hope it would whet the appetite of people to learn more about opals, to come and see where the opal actually comes from and to see the real thing in the flesh, so to speak,” he said.

“So the value is really the quality of the exhibition in terms of its educational abilities, to show people a little bit of Coober Pedy without them actually having to come up to Coober Pedy.”

Even though he pulled it from its ancient home, John said will still have to get in line with the rest of the public to catch a glimpse of the opal’s vibrant colours.  “Fire Opal : What Is Fire Opal? How Is Fire Opal Formed?”

“I urge all people to go have a look at it, because it’s a once in a lifetime piece,” he said.

“I’ll be going down to see it for sure.” 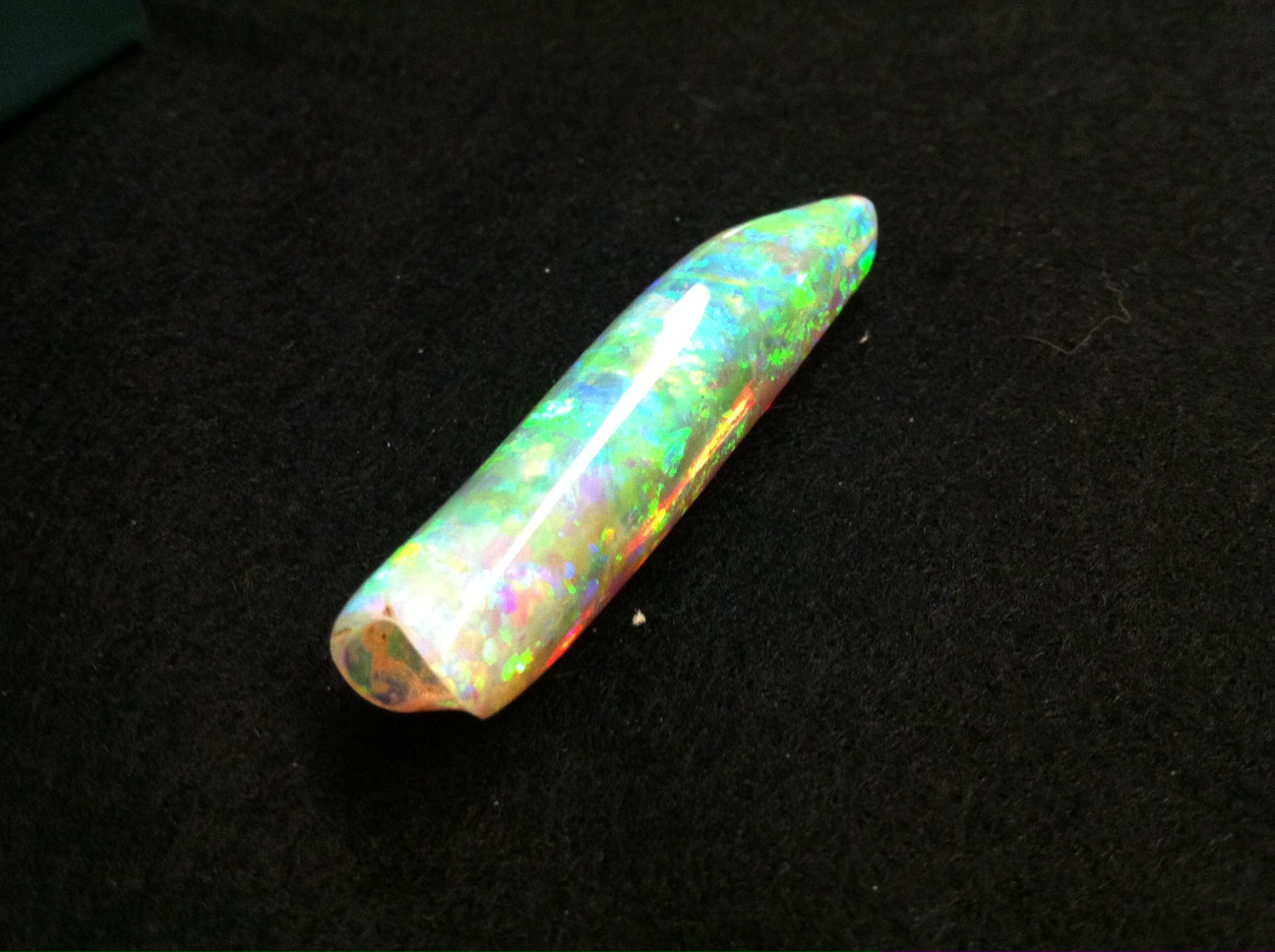 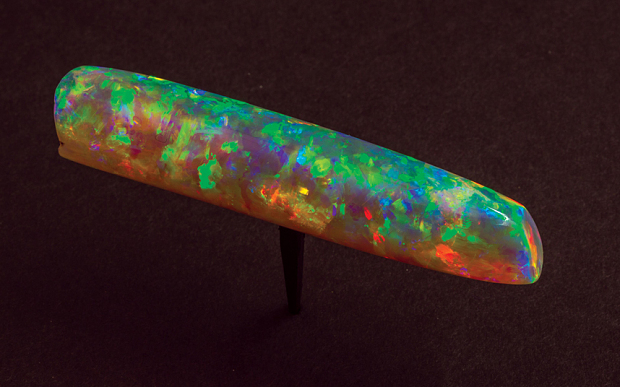 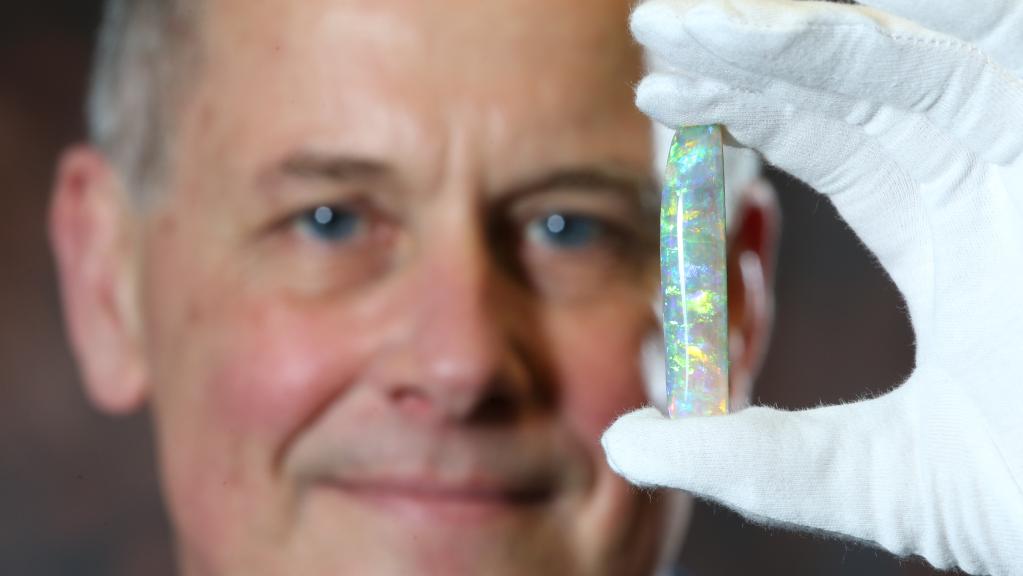