By Gerri Miller: Many scientists believe there’s another planet like Earth somewhere in the universe, and the search to find it is about to begin… 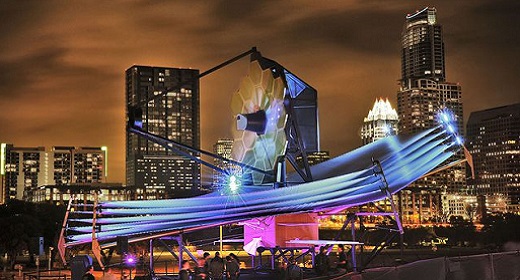 The James Webb Space Telescope (JWST) will be more powerful than its predecessors and will be able to see further into space to discover distant planets in far-off galaxies. It will even give us the tools to search for indications of an atmosphere that could sustain life. It’s currently scheduled to launch into space on March 30, 2021.

There are certainly larger Earth-bound telescopes, but as its name implies, the JWST will roam above the atmosphere, providing more powerful unobstructed views of the heavens than even the historic Hubble Space Telescope could offer. Funded by NASA in conjunction with the European Space Agency (ESA) and the Canadian Space Agency (CSA), the infrared Webb telescope weighs 6 metric tons and will orbit 1.5 million kilometers from Earth. It boasts many new technological advances, including a deployable sunshield and a folding segmented mirror.

“To go to the earliest galaxies, we needed a bigger mirror, and that bigger mirror had to look at a bigger frequency of light,” says astrophysicist Blake Bullock, who is a director at Northrop Grumman Aerospace Systems, the contractor on the project. “It also had to be kept cold — minus 400 degrees Fahrenheit — so it has a sun shield the size of a tennis court that acts as a giant beach umbrella,” she adds. “It’s like SPF 1 million, blocking the sun’s light.”

1. The James Webb Telescope is powerful.

“It is the biggest, most powerful telescope ever to be put in space. There are big telescopes on the ground but nothing of this nature and complexity in space. Hands down, it’s the most powerful thing out there,” she says.

The Webb is the successor to Hubble, and it’s 100 times more powerful. Webb also has a much bigger mirror than Hubble, explains the Webb telescope site: “This larger light-collecting area means that Webb can peer farther back into time than Hubble is capable of doing. Hubble is in a very close orbit around the earth, while Webb will be 1.5 million kilometers away.”

“Hubble, when pushed to its maximum, could see galaxies that were teenagers in terms of age. We want to see babies,” Bullock says. “With the Webb, we will be able to see back in time to the earliest objects in the universe for the first time. Also for the first time, we will be able to characterize other planets going around other stars, distant exoplanets, and see if there are oceans, an atmosphere, what chemical elements are there.”

3. It will help us map the universe. 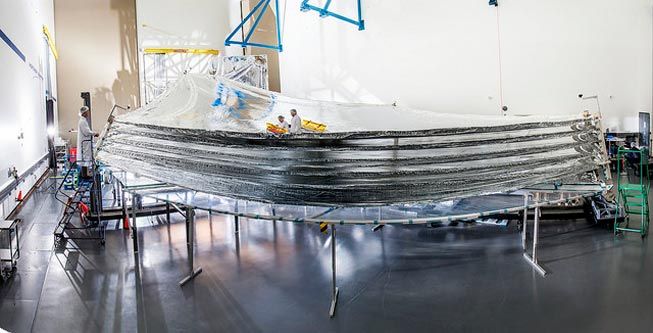 “The Webb telescope won’t be able to decisively say there’s definitely life on a planet or not, but it begins to map out that space and say, ‘That may be an ocean there,’ which gives us a road map to probe further and really investigate,” she says.

Webb will peer into the universe in the infrared, which is important because newly forming stars and planets are hidden behind dust that absorbs visible light, but infrared light can penetrate that dust.

4. And it may help us find the next Earth.

“We’re planning to investigate the nature of dark energy in the universe, and understand the nature of these very old objects. And characterizing planets around other suns puts us on the path to finding out if there’s another Earth out there.” The Webb will also assist in the hunt for exoplanets, something that Hubble still does but was not designed for, according to Space.com.

“It has the potential to fundamentally rewrite our textbooks because of how dramatically it will increase our view of the cosmos,” Bullock says. “We will be able to get a much better grasp of the universe we live in. Technology-wise, we are already seeing the implications.”

Northrop Grumman, which built the mirrors of the telescope, had to cover new ground because a mirror this precise had never been created.

“The technology we invented is being used by eye surgeons, so there are tangible benefits. We’re also learning things on the computer level. We’ve made huge advances in understanding deployables — how we take this giant sun shield the size of a tennis court and fold it up.” 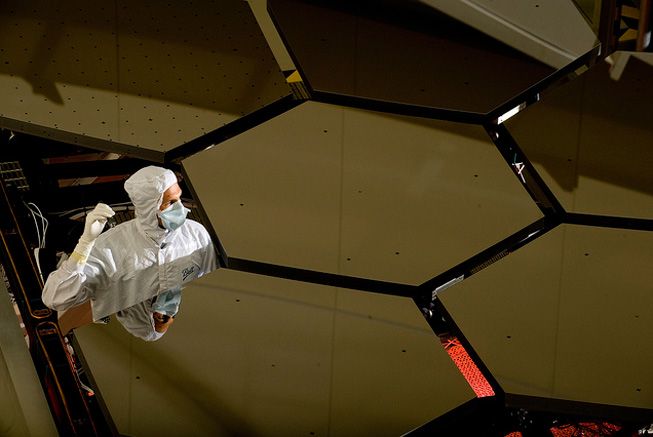 Webb has a 6.5-meter diameter primary mirror, which would give it about seven times the collecting area over the mirrors available on the current generation of space telescopes. Webb will have significantly larger field of view than the camera on Hubble and significantly better spatial resolution than the infrared Spitzer Space Telescope, according to the Webb site.

The JWST was scheduled to launch in 2018, but NASA has pushed it back several times, citing a need for more time to integrate and test components. Both the spacecraft element and the telescope itself passed a key testing milestone in May 2019, undergoing a final thermal vacuum test to ensure their hardware can handle the extreme conditions they’ll encounter in space, NASA announced.

“This incredible accomplishment paves the way for the next major milestone, which is to integrate the telescope and the spacecraft elements,” JWST program manager Jeanne Davis said in a statement. The JWST is still on track to begin its mission in March 2021, when it’s scheduled to launch on an Ariane 5 rocket from French Guiana. In March 2020, NASA suspended testing and integration operations to protect workers during the coronavirus outbreak, COVID-19, and an update on the schedule is scheduled for April. For now, the mission remains on track.