Fly Better Electrically In The Airlander 10

by Lloyd Alter: This could be the future of slow travel… 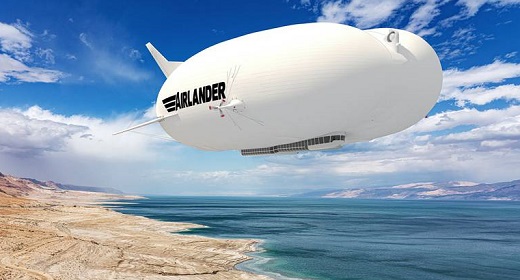 We have admired the Airlander before, writing that “it is an amazing craft that could be the future of low-carbon travel, being pushed through the skies by four little Diesel engines in the present configuration, but which can be replaced with electric motors.” And now, Hybrid Air Vehicles has announced that their new improved Airlander 10 can be powered by hybrid-electric motors by 2025.

The Airlander 10 is slightly bigger than the prototype, has significantly reduced drag and improved handling (which can’t hurt, given what happened to the first prototype). It has a fully retractible landing gear, provides better passenger views, and has even less drag. The updated design can incorporate the new electric technologies, which will enable it to travel short hops up to 350 km in all-electric mode. According to the press release,

During all-electric operation, Airlander 10 will cruise at 50 knots, with the ability to cruise at up to 70 knots in hybrid-electric mode. On an example route such as Liverpool to Newcastle (approximately 200km), 90 passengers could travel point to point in two hours with 90% lower emissions than other aircraft, while also enjoying a quiet, comfortable cabin. 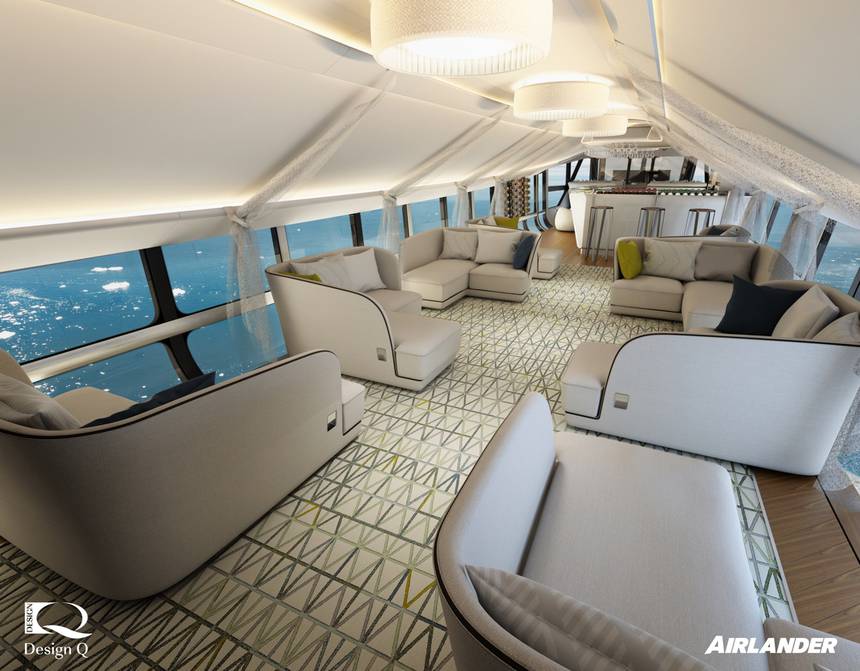 That seems to be an odd use for the Airlander, since the train leaving Liverpool right now can do the trip in about two hours. I always loved the idea of the Airlander in its luxury mode, offering a new era in “slow travel,” hanging out with 18 other passengers in the Altitude bar, which “will offer drinks with the ultimate view.” Commenters to our last post didn’t agree, wanting something more experiential: “One may get quite bored. Great amount of time to learn that second language, though. I hope they offer a harness thing so you can dangle below the blimp for a while, just for something exciting.”

Perhaps they can cover the top of the Airlander with lightweight, flexible solar panels; then it might be able to cruise the skies almost forever. CEO Tom Grundy says, “Today, it is no longer necessary to explain to people why decarbonizing aviation is important.” Indeed, I am looking forward to travelling slowly in it, if not dangling below it.