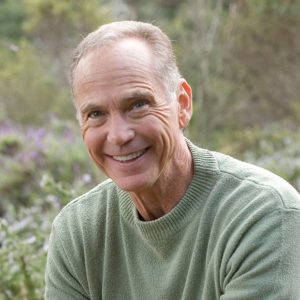 Quote
“Animals do not ‘give’ their life to us, as the sugar-coated lie would have it. No, we take their lives. They struggle and fight to the last breath, just as we would do if we were in their place.”

Diet for a New America: How Your Food Choices Affect Your Health, Your Happiness, and the Future of Life on Earth 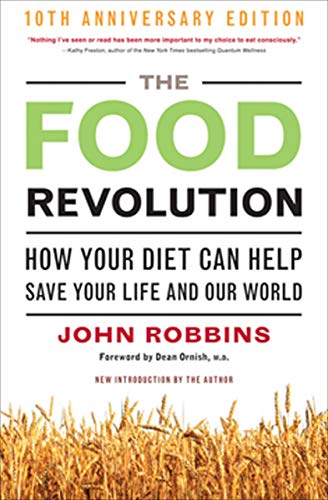 The Food Revolution: How Your Diet Can Help Save Your Life and Our World

May All Be Fed: Diet For A New World

John Robbins is the author of The New Good Life: Living Better Than Ever in an Age of Less.
He is also author of the international bestseller DIET FOR A NEW AMERICA: How Your Food Choices Affect Your Health, Happiness, and the Future of Life on Earth, THE FOOD REVOLUTION: How Your Diet Can Help Save Your Life and Our World, HEALTHY AT 100: The Scientifically Proven Secrets of the World’s Healthiest and Longest-Lived Peoples, THE AWAKENED HEART: Meditations on Finding Harmony in a Changing World, and RECLAIMING OUR HEALTH: Exploding the Medical Myth and Embracing the Source of True Healing.

John’s work has been the subject of cover stories and feature articles in The San Francisco Chronicle, The Los Angeles Times, Chicago Life, The Washington Post, The New York Times, The Philadelphia Inquirer, and many of the nation’s other major newspapers and magazines. His life and work have also been featured in an hour long PBS special titled Diet For A New America.

The only son of the founder of the Baskin-Robbins ice cream empire, John Robbins was groomed to follow in his father’s footsteps, but chose to walk away from Baskin-Robbins and the immense wealth it represented to “…pursue the deeper American Dream…the dream of a society at peace with its conscience because it respects and lives in harmony with all life forms. A dream of a society that is truly healthy, practicing a wise and compassionate stewardship of a balanced ecosystem.”

Considered by many to be one of the most eloquent and powerful spokespersons in the world for a sane, ethical and sustainable future, John has been a featured and keynote speaker at major conferences sponsored by Physicians for Social Responsibility, Beyond War, Oxfam, the Sierra Club, the Humane Society of the United States, the United Nations Environmental Program, UNICEF, and many other organizations dedicated to creating a healthy, just, and sustainable way of life. He is the recipient of the Rachel Carson Award, the Albert Schweitzer Humanitarian Award, the Peace Abbey’s Courage of Conscience Award, and lifetime achievement awards from groups including Green America. The widespread media attention he has received has included numerous appearances on national shows including Oprah, Donahue and Geraldo. When John spoke at the United Nations, he received a standing ovation.

John serves on the Boards of many non-profit groups working toward a thriving, just, and sustainable way of life. He is the Founder and Board Chair Emeritus of EarthSave International (earthsave.org), an organization dedicated to healthy food choices, preservation of the environment, and a more compassionate world. John is also the Board Chair of YES! (yesworld.org), which educates, inspires and empowers young leaders to take positive action for all life on Earth.
John’s life is dedicated to creating an environmentally sustainable, spiritually fulfilling and socially just human presence on this planet. He lives with his wife Deo, their son Ocean and his wife Michele, and their grandsons River and Bodhi in the hills outside Santa Cruz, California. The Robbins’ offices and home run on solar electricity.

Hydroponics: How It Works, Benefits and Downsides, & How To Get Started

The Dirty Dozen & Clean 15: The Most & Least Pesticide-Contaminated Produce