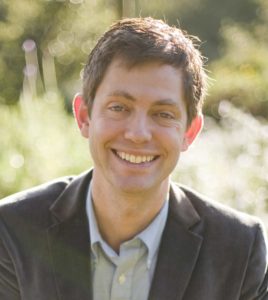 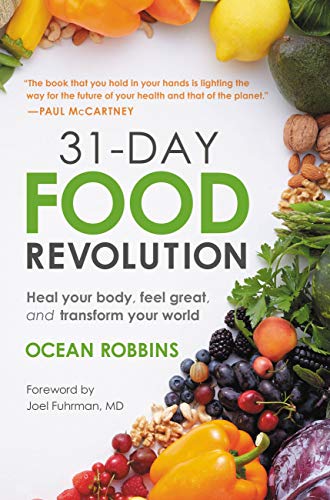 Voices of the Food Revolution: You Can Heal Your Body and Your World─With Food!

Choices for Our Future: A Generation Rising for Life on Earth

At 15, Ocean was co-founder of the Creating Our Future speaking tour, on which he and three other participants spoke in person to more than 30,000 students, presented for 2,000 people at the United Nations, and opened for the Jerry Garcia band in San Francisco.

In 1990, at 16, Ocean was founder of YES!, an organization he directed for the next 20 years. YES! has reached more than 620,000 people in 1,200 school assembly and conference presentations. YES! has also organized and facilitated 150+ week-long gatherings for young leaders from 65+ nations, published seven youth action guides, and led hundreds of day-long workshops. In 2012 Ocean founded the Food Revolution Network, which now has more than 500,000 members working for healthy, sustainable, humane and delicious food. He serves as adjunct professor in the Peace Studies department at Chapman University, and has personally spoken and facilitated leadership gatherings in Jordan, Israel, Palestine, Singapore, Costa Rica, Russia, Finland, Canada, the Netherlands, India, Peru, Japan, and across the USA.

Ocean has led and co-hosted Food Revolution Summits that have inspired more than 600,000 participants from every country on Earth. His blog articles have reached many millions of people, and he’s organized and led dozens of webinars, online classes, retreats, and campaigns. His email newsletters educate, inspire and empower hundreds of thousands of people daily.

Ocean is author of Choices For Our Future: A Generation Rising For Life On Earth (1994) and of The Power of Partnership (2009), and co-author of Voices of the Food Revolution (2013). He speaks widely, spreading a message of hope and inspiration to conferences, companies and organizations
His speaking engagements have included (among many others) plenary presentations for The Truth About Cancer LIVE, Remedy Atlanta, Bioneers, Social Venture Network, Ecological Farming Conference, Peacemaking: The Power of Nonviolence (with HH The Dalai Llama and other Nobel laureates), Institute of Noetic Sciences (IONS), Green Festival, Windstar Foundation, Aveda Congress, Cell Tech Distributor’s Celebration (four years in a row), and more than 400 school assemblies and college programs. His commencement addresses have included for Chapman University and the Institute of Transpersonal Psychology / Sofia University.

Ocean has been interviewed on more than 70 local and national radio and TV programs and in another 50 newspapers and magazines including feature stories in Time, The Washington Post, Audubon, and The New York Times Magazine.

He has served on the Board of Directors for Friends Of the Earth, Creating Our Future, EarthSave International, and is a founding member of The Turning Tide Coalition, co-founder of the Leveraging Privilege for Social Change program, founding co-convenor of Leverage Alliance, and served on the steering committee for the Global Philanthropy Forum. He is a graduate of Joanna Macy’s “Work That Reconnects” facilitation intensive, has facilitated with Be Present, and is a certified facilitator of Essential Peacemaking. He serves on the adjunct faculty for Chapman University.

Ocean’s on-going efforts on behalf of a better world have been honored by many organizations, including the Giraffe Project (for people who stick their necks out for what they believe), the National Alliance for Animals (The Compassionate Youth Award), E Magazine (The Kid Heroes Hall of Fame), and EarthSave (Volunteer of the Year Award). Utne Reader recognized him as one of 30 “Young Visionaries” under 30, and both Time and Audubon magazines chose him as being among the heroes of the new millennium. He is a recipient of the Freedom’s Flame Award, the national Jefferson Award for Outstanding Public Service by an Individual 35 Years Or Younger (the “Nobel prize for public service”), and the Harmon Wilkinson Award for Outstanding Contribution to the Social Sciences. He is father to River and Bodhi Robbins, identical twin boys born in 2001.

Ocean lives in the mountains of Santa Cruz, California, with his beloved wife Michele and their special needs twin boys, River and Bodhi. They live 100 yards from Ocean’s parents, Deo and John Robbins (author of the international bestseller Diet for a New America and co-founder, with Ocean, of the Food Revolution Network).

Why Is Oregano so Good for You? Exploring its Health Benefits & Uses

What Are the Real Superfoods? The Answers May Surprise You!

What Is Lycopene & How Can it Benefit Your Health?