Why Is Mindfulness Beneficial For Your Health?

by Rachel Berl: Practicing focus and acceptance can help with stress and more… 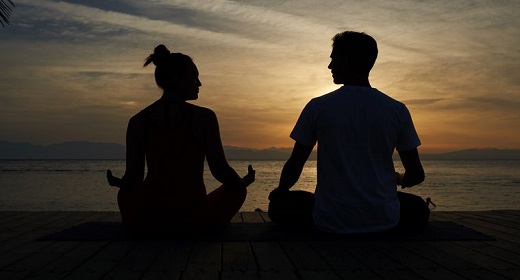 Focus on your breath. Listen to your body. Notice your emotions, but don’t judge them.

These are a few of the cues routinely used to induce mindfulness, a meditative state of self-awareness and detached acceptance that promises practitioners a sense of peace and presence of mind.

By putting equanimity within arm’s reach, if even for a moment, mindfulness programs are quickly gaining steam throughout the country. And it’s perhaps no surprise. At a time when America’s huddled masses seem more wound up, stressed out and distracted than ever before, the call to calm down is a compelling one.

At issue is not only relief from stress but also the innumerable ailments related to it. And like yoga, mindfulness programs are proving to be powerful antidotes. From depression and anxiety to weight control and pain management, there’s a mindfulness treatment out there for what ails you. Fortune 100 companies are using mindfulness as part of leadership training. The military is incorporating such techniques to reduce stress before deployment and to help ease post-traumatic stress disorder.

“It’s cultivating a general skill that can be applicable in lots of different circumstances,” says Vermont-based psychotherapist Arnie Kozak, who’s been using mindfulness in his clinical practice for nearly 20 years. “I think the place where it pays the biggest benefit is helping people to reduce reactivity,” he says.

How and why mindfulness works 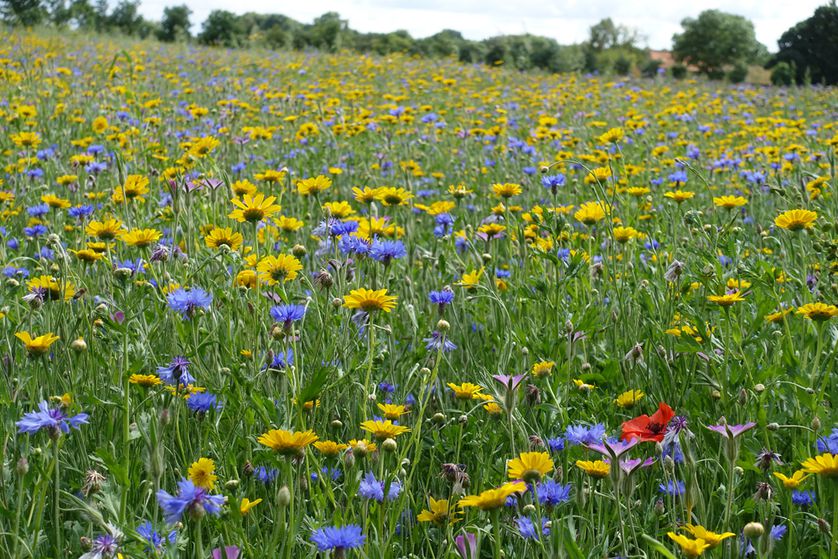 Calming environments can help you accept and observe the chaos without judging it, part of the mindfulness approach. (Photo: Tejvan Pettinger [CC by 2.0]/Flickr)

In dealing with a difficulty — say, a crisis at work or a chronic disease — people often get mired in the narrative they create about the situation, perhaps chastising themselves about their feelings or behavior, envisioning catastrophic consequences or rehashing the incident ad nauseam. Mindfulness, however, teaches a healthy skepticism about the stories we tell ourselves, say Kozak, who likes to repeat a mantra: “Don’t believe everything you think.”

Fundamental to the practice is acceptance, rather than avoidance of a stressful situation. In a sense, it’s the opposite of the “Calgon, take-me-away” approach of yesteryear (commercials for the bath products featured a harried Mom pleading with Calgon to “take me away” from the cacophony of domestic life). Mindfulness, alternatively, would ask you to accept and observe the chaos, without liking or disliking what’s happening around you.

If that sounds challenging, it is — but the rewards can be profound. And they don’t require some sort of monastic discipline.

After an eight-week course of Mindfulness Based Stress Reduction (MBSR) at the University of Massachusetts Center for Mindfulness, participants changed their brain structure, according to a study by researchers at Massachusetts General Hospital. Brain scans of the subjects, who meditated an average of 27 minutes a day, found a thickening of regions associated with learning, memory, self-awareness and compassion and a thinning of the region connected to stress and anxiety. Newer research published in the journal Mindfulness shows that even a brief, week-long training sessions can show results, even against such sticky issues as paranoia.

According to Psychologist Lindsay Sauers, there are two parts of the stress-response cycle, and though everyone knows the first part — the rush that comes when you system is flushed with adrenaline and cortisol — the second part doesn’t get as much notice, but it’s important. There must be an emotional and physical release in response or the cycle is “incomplete.”

“We often wait until the ‘breaking point,’ when addressing the impact of stress becomes an absolute necessity,” she told Dave Bellomo of NorthCentralPA.com. “The challenge is that in waiting, we often feel so guilty about the consequences of the breaking point that once the immediate distress has leveled off, we go right back to pushing aside stress until it grows to that ‘breaking point’ again. It becomes a ‘rinse and repeat’ situation. While the rinse and repeat might be tolerable if we know it’s going to happen … this all-or-nothing process has a cumulative, detrimental impact on the body.” 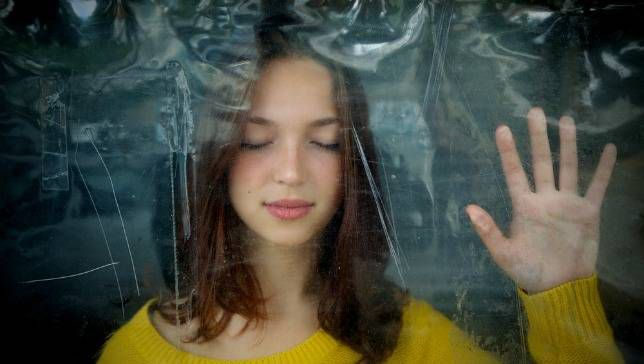 Meditation has come a long way in terms of mainstream acceptance. (Photo: andblank/Shutterstock)

University of Massachusetts’ Center for Mindfulness is where MBSR — and much of the mindfulness movement in this country — got its start. That’s thanks to Jon Kabat-Zinn, an MIT-trained biologist who founded the center in 1979 and developed the MBSR program, helping to bring meditation mainstream.

Today, there are some 520 MBSR programs across the country and about 740 worldwide, according to the center’s executive director, Saki Santorelli. The center has seen more than 20,000 people complete its eight-week course, with many of them referred by conventional medical centers.

Mindfulness programs have also become a fixture of many integrative health care centers at universities across the country such as the dozens of members that comprise the Consortium of Academic Health Centers for Integrative Medicine.

Santorelli attributes the interest in mindfulness primarily to research and access. “From the very beginning, research has been a critical part of this process,” he says, adding that “society, in many ways, trusts science.” The growing body of literature on mindfulness fuels further interest.

Also, mindfulness work has a low bar to entry, Santorelli says. It doesn’t require renouncing one’s faith. It doesn’t necessarily cost anything. And it enables people to take an active role in their own healing.

He argues that the optimal approach for health care incorporates both the Western discipline, in which practitioners do something “to” or “for” a patient, with the self-care inherent in mindfulness.

While the former is critical if a patient requires surgery, the latter can bring about a sustained approach to well-being, Santorelli says. How so? He explains that through mindfulness, observation gives way to self-awareness — the point at which it becomes possible to change habits and behaviors.

That’s especially important, he adds, since so many of today’s maladies are related to lifestyle — from obesity to smoking. 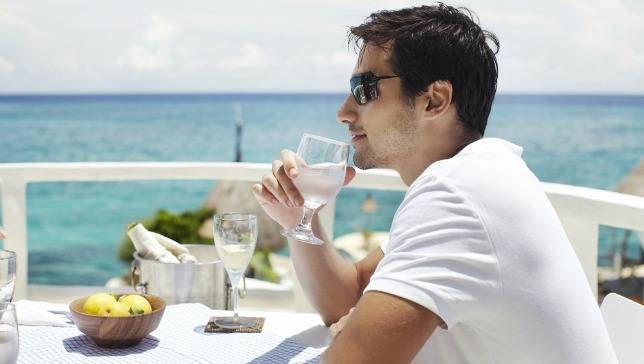 As director of research at the Osher Center for Integrative Medicine at the University of California, San Francisco, Frederick Hecht is using mindfulness techniques to disrupt the automatic eating behavior that so often derails efforts to lose and maintain weight.

“The idea is to chew our food a little more carefully, to really savor both the texture and the taste of the food, to be aware of all the sensations you’re feeling as you eat,” with the goal of getting greater satisfaction from less food, he says. By paying close attention to how they feel before and after eating, participants may be more likely to make healthier choices.

“There’s promising data for things like mindful eating, but it’s preliminary data,” says Hecht, who is training in internal medicine and clinical epidemiology. “More research and better research is really key, and its particularly key for health professionals when we’re called on to really recommend this, and we need a stronger evidence base.”

At the Mayo Clinic in Rochester, Minnesota, pulmonologist Roberto Benzo is using mindfulness techniques to help patients manage conditions such as lung cancer and chronic obstructive pulmonary disease (COPD). “Health is far beyond fixing an organ, having a transplant, getting a coronary fixed — that is just a piece of the story,” Benzo says, referencing his yet-to-be-published research showing that quality of life and self-care hinge on one’s emotional state.

The many benefits of mindfulness training 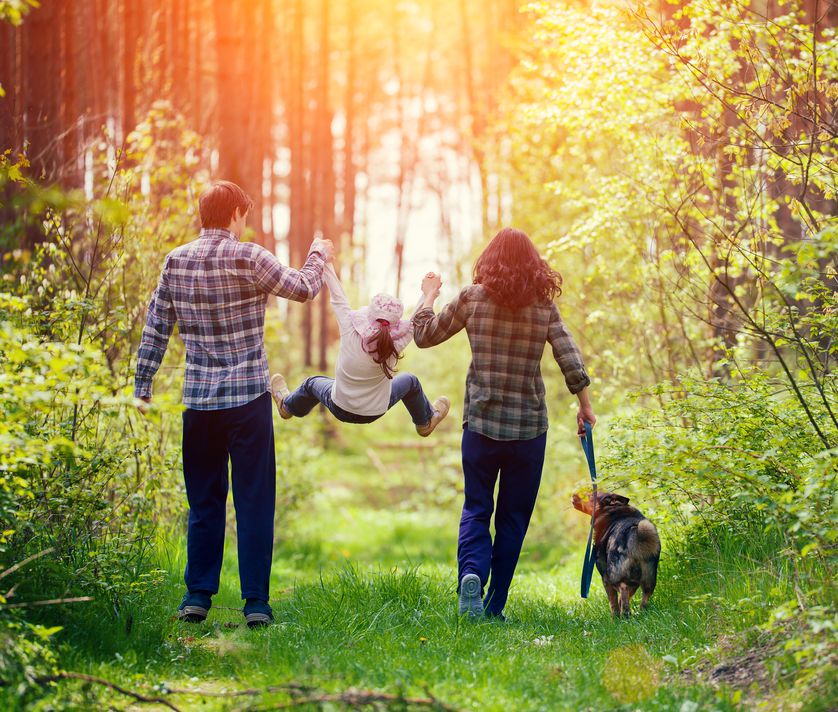 Gratitude and an appreciation of nature can help a stressed person tune into the moment. (Photo: vvvita/Shutterstock)

With that in mind, Benzos work as founding director of Mayo’s Mindful Breathing Lab is to help patients see past their disease and appreciate life.

“To embrace life, we always embrace what we like … It’s difficult to embrace that sometimes we’re sad, sometimes things are not going in the direction we want,” he says. “Mindfulness is the ability to be here and now even when one has a condition like a lung disease or a heart disease or something like that.”

Using techniques like breathing, moving and gratitude, Benzo has found that patients tune in to the moment and feel better. “They start to look at the good that is in front of them,” he says.

But getting to that stage requires switching gears.

To that end, Los Angeles-based psychologist Elisha Goldstein and author of “The Now Effect” reminds his patients to simply “STOP.” The acronym stands for: Stop, take a few breaths, observe your experience and proceed. As Goldstein puts it, the exercise “pops them out of autopilot” and into a position to ask “what really matters in life” at that moment. From that place of calm, we are better poised to make the best choice and the most of the moment.

As those moments build up, they may amount to a lifetime of living in the midst of them.