by Giles Parkinson: The Australian Energy Market Operator is expected to make significant revisions to its 20-year blueprint for the national grid after conceding that the capital of costs new transmission links… 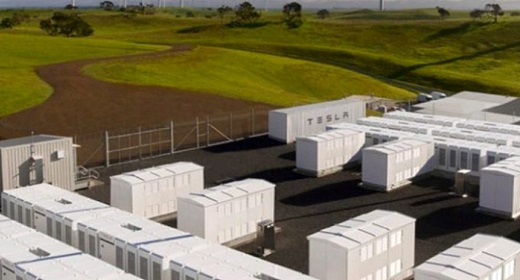 pumped hydro facilities and gas-fired generators are significantly higher than it assumed in its draft 2020 Integrated System Plan.

And while the capital costs for these more traditional technologies are between 30 and 50 per cent higher than initially modelled, AEMO has also conceded that the cost of battery storage – the relatively new technology – is likely to be up to 40 per cent cheaper, and with longer life than assumed in its draft ISP.

AEMO has yet to dial these and other changed assumptions into its ISP modelling, which is due to be finalised by July (but may be delayed by the impact of Covid-19), but energy analysts suggest that it will likely mean a renewables-based grid with a lot more “distributed” storage – i.e. batteries – than envisaged by some.

Energy experts also suggest it has clear implications for the viability of some of the country’s most high-profile projects, including the government’s pet project, Snowy 2.0, which is already being questioned on both economic and environmental concerns; along with Tasmania’s “battery of the nation” proposal, and the Project EnergyConnect link between South Australia and NSW.

The ISP is a ground-breaking project because it lays out, for the first time, a long-term plan on how to deal with the accelerating clean energy transition, driven by both the need to replace ageing fossil fuel plants, the arrival of cheaper and cleaner alternatives, and the need to slash emissions.

The ISP entertains five different scenarios, from an environmentally catastrophic “slow” scenario, through to current policies, faster transitions driven by either falling costs or consumer uptake, and the “step change” scenario that looks at what might be needed if governments were serious about the long-term targets of the Paris climate goals.

As a result, the ISP contemplates a share of renewables in Australia’s main grid of between 70 and 90 per cent by 2040, driven by the cost advantage of wind and solar over fossil fuel technologies, although many submissions – including from big utilities – suggest the pace could be quicker because the costs and consumer push may be greater than modelled by AEMO.

In a letter to stakeholders sent on Monday, AEMO says it has made significant adjustments to its cost assumptions following extensive consultations with the industry, developers, manufacturers, contractors and analysts.

The jump in transmission costs is significant because AEMO has placed great store in the need for transmission upgrades and new links between states. It now says each major transmission project identified in the ISP that has gone through the RIT-T (regulatory assessment) process has demonstrated an approximate 30 per cent increase in cost from initial estimates, due to a range of factors.

The biggest rise, however, comes in the capital cost of pumped hydro, with submissions and anecdotal evidence from infrastructure projects and proponents suggesting a 50 per cent increase in its cost assumptions is warranted.

“It was recognised that there are higher risks and barriers to investment in pumped hydro compared to other forms of storage, as evidenced by the higher number of utility scale battery projects currently being planned across the NEM,” the AEMO letter said. The rising costs of pumped hydro have already been hinted at by the likes of Origin Energy, which has all but abandoned a proposal to expand the Shoalhaven pumped hydro facility in NSW, and there is considerable industry talk about the fate of the handful of pumped hydro projects proposed in South Australia.

Snowy 2.0 costs have already ballooned out to $4.8 billion, plus several billion in transmission costs – leading a group of 30 energy experts to question both its economic and environmental benefits – while Tasmania’s Battery of the Nation has been arguing that “deep” storage of more than 12 hours delivered by pumped hydro is better value than battery storage.

Both schemes are predicated on the basis that they are better value than battery storage, but AEMO now concedes that the cost of battery storage continues to fall, and rapidly.

In fact, it suggests that the ISP modelling of battery storage costs could be too high by a factor of 30-40 per cent, and it also noted that many companies now plan to extend battery life by replacing battery modules mid-life while retaining the balance of plant equipment.

AGL, for instance, which now has the biggest planned portfolio of big batteries, has hinted at the “dawn of the battery age”, and what is likely to be the world’s biggest battery, and four times the size of the existing facility at Hornsdale in South Australia that currently holds that title, is now mooted for Victoria to upgrade its links to NSW.

Dylan McConnell, from the Climate and Energy College in Melbourne, says the cost changes point to the likelihood that there will be more “distributed” storage, such as batteries, which can be built more quickly, at lower cost, and closer to demand centres.

And the cost changes means that some new transmission lines may be scrutinised more closely, in favour of non network options such as battery storage and demand response.

McConnell also says the cost increases for both pumped hydro and transmission should also give pause for thought about the value of Snowy 2.0, given the number of analysts who have questioned its economics – even though both the federal and NSW governments appear determined to wave it through.

“You’d expect an increase in capex for both transmission and pumped hydro would push the least cost system towards having more distributed utility-scale batteries,” he said.

“The balance of probabilities would tip even more in favour of batteries, when taking into account the decrease in large-scale battery costs. The changes suggest a scenario or sensitivity without Snowy 2.0 is even more worthwhile to investigate.

“The 2018 ISP essentially showed that Snowy 2.0 crowded out other storage options. Assuming this is the case, and the cost updates are accurate, then Snowy 2.0 is more unlikely to be in the least cost-solution. That is Snowy 2.0 would be a costly way to meet to needs of the power system.”

The increase in transmission costs could also spell problems for the Project EnergyConnect link between South Australia and NSW, which has the support of AEMO, the South Australia government and numerous renewable energy developers, but which had its “net benefits” considerably downgraded in its recent regulatory assessment.

A further narrowing due to increased costs in the final regulatory hurdle could pose problems, although as ITK analyst David Leitch opines in this week’s Energy Insiders podcast, that would be to miss the wood for the trees, given the ongoing failure of Australia’s regulatory process to factor in broader benefits and the bigger picture.

Proponents of gas as a transition fuel – and particularly the federal Coalition government – will have received little comfort from the AEMO assessment that its assumed pricing for capital costs for gas generators also undershot the reality by a considerable margin.

The feedback was that smaller aero-derivative type gas-turbines and reciprocating gas engines which will provide greater flexibility compared to the larger industrial open-cycle turbines, and which are likely to be favoured in the future NEM, are likely to cost between 30 to 60 per cent more than assumed. But they still may end up being a more efficient solution than open cycle gas turbines because they will be used sparingly.

Not mentioned in the AEMO update was its assumption about other costs, particularly rooftop solar, which many had also said had overshot the reality by a considerable margin.

AEMO, however, does say that it is making adjustments to the build limits of renewable energy in some renewable energy zones (REZs), although it doesn’t say whether it’s more or less, and is making adjustments to the status of new generation projects and the expected closures of existing generators. Again, the letter to stakeholders doesn’t give details.

AEMO will also add to its final ISP a section on climate resilience, based on the overwhelming support throughout the Draft 2020 ISP workshops and in written feedback to the consultation, and will look more closely at the potential impact of hydrogen on the future energy systems of eastern and south-eastern Australia.

Analysis of the potential future impacts of the controversial Marginal Loss Factors (MLFs) will be deferred and taken up in a separate report, to be published after the Final 2020 ISP to allow for a more comprehensive assessment, while Covid-19 and its potential impacts will also be dialled in to the final analysis, although this is not expected at this stage to be significant.