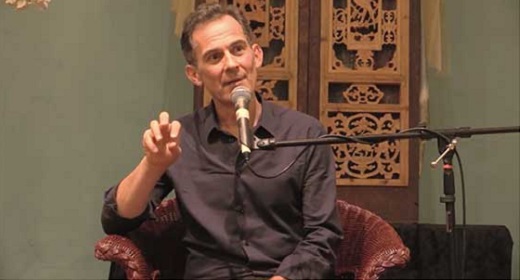 I’m currently reading the German edition of your Book “The Transparency of Things”. I have one question in my mind, which I even asked Eckhart Tolle but didn’t get an answer. I think he gets to many question to answer them all. May be I have more luck asking you.

If the subject, I, mind/body, makes an experience of an object, which, as you expressed in your book is an illusion, because subject and object are the same pure consciousness, what happens if there is a physical defect preventing this experience.

If the brain is impaired, thoughts will be affected, but the consciousness that knows the thought remains the same. Consciousness is independent of the condition of the body and mind. Therein lies its innate peace and freedom.

T: For example, a blind person does not see a flower, he or she could not see the beauty of the flower.

R: Beauty cannot be seen. It is that which sees or experiences. The experience of beauty is the transparent recognition of our own being. It is always available, whatever the condition of the body or mind.

T: The visual experience is not possible, but the blind person is consciousness too.

R: You are starting with a model that presumes the independent existence of objects or world and then trying to fit the non-dual understanding into it. It doesn’t fit! You are presuming that there are things such as independent stones and blind people and then trying to imagine that they are both equally consciousness. But there is no such thing as a blind person or a stone as they are normally conceived, that is, as separate individual entities.

T: Further if a person has a brain defect, he could not think over the form of experience, as you did in your book. Everything you wrote down in your book was possible because you have a functioning brain. You have been thinking over the form of experience. You could not have written one note on this if that were not case. Doesn’t this mean the consciousness or the self awareness of consciousness is tied to a functioning brain.

R: The consciousness or the self awareness of consciousness is not tied to a functioning brain. Consciousness knows itself by itself, through itself, in itself and as itself, without the need of a human mind. And its knowing of itself is not something that comes and goes. It knows itself alone, eternally. In other words,